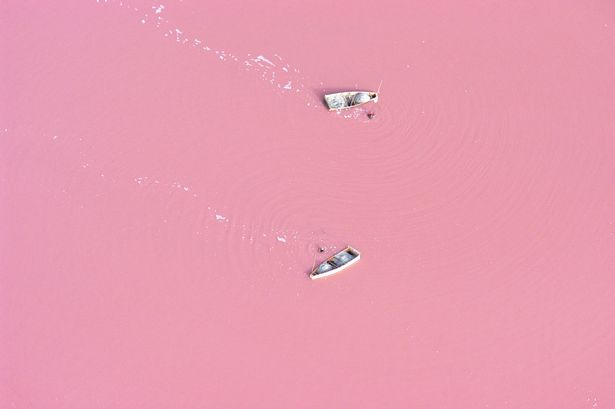 We’ve written about pink lakes here before, but there’s no reason Australia should get all the glory in pink-laked glory. Roughly 10km northeast of Senegal’s capital city of Dakar, lies the pink lake, Lake Retba.

As the case with Lake Hillier, Lake Retba’s pink color stems from its tiny inhabitants. The lake’s high salt content creates a perfect environment for the salt-loving Dunaliella salina micro-algae, which glow pink as a result of their ability to produce large amounts of organic pink pigments known as Carotenoids. The micro-algae is completely harmless to humans, which makes swimming in Lake Retba entirely possible.

The best time to visit Lake Retba is during the dry season, which lasts from November to June, when increased exposure to the sun causes the bacteria to produce a vivid red pigment. The lake is becoming a more popular tourist destination and the number of accommodations near the lake is increasing. There are several hotels around the lake and the number of organized tours from Dakar is growing as well. On the downside, visitors to Lake Retba need to be aware of opportunistic swindlers who try to capitalize on foreigners through gouging and in some cases theft.

Much like other pink lakes, Lake Rebta is separated from the ocean by a few hundred meters. At one point, Retba was connected to the ocean but over time was cut off by encroaching sands. By being cut off from the ocean’s water supply, Retba’s water would evaporate faster than it could be replenished, causing the salinity of the lake to increase over time. Today the lake has approximately the same salinity as the Dead Sea. 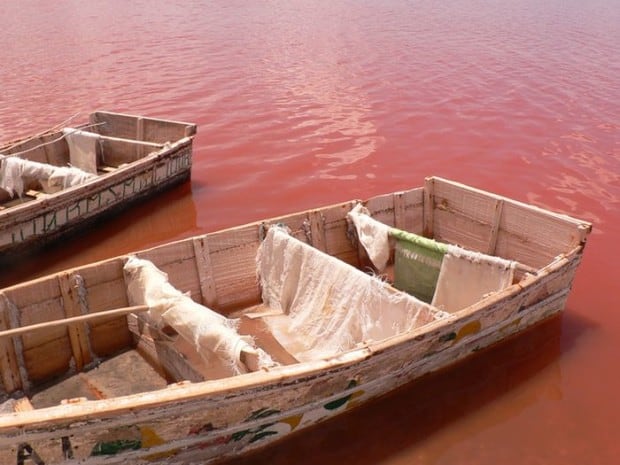 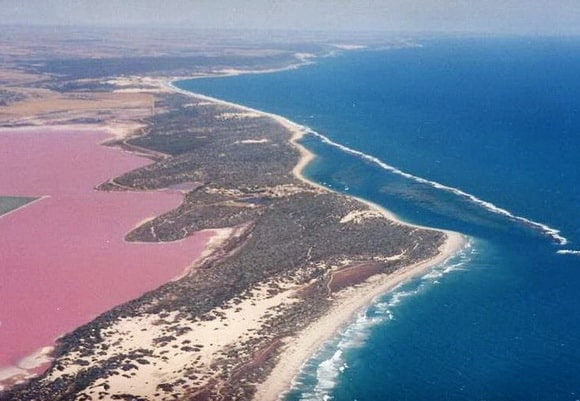 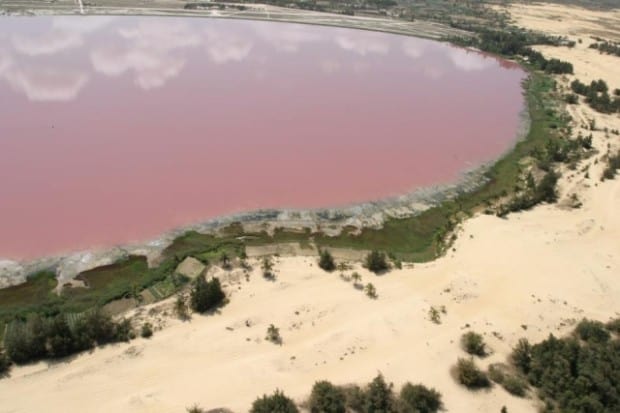 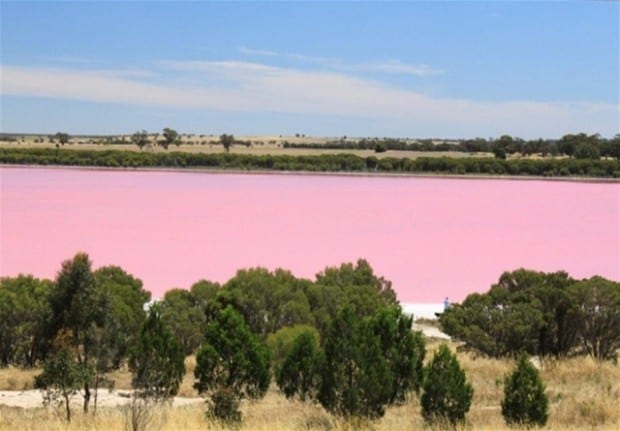