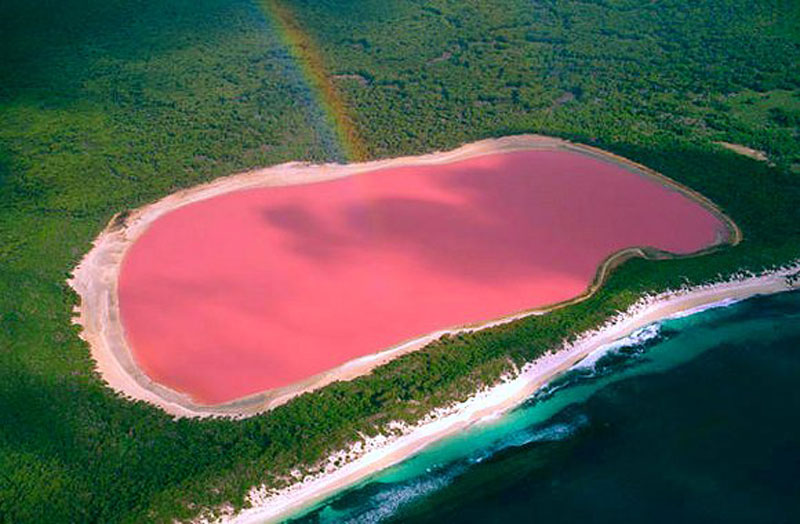 Lake Hillier is a bubble-gum-pink lake right on the edge of Recherché Archipelago’s largest island in Australia. It’s literally just a few steps away from a “normal” colored Southern Ocean, but despite the pressure from its neighbor it refuses to compromise its pink color. Scientists cannot figure out why Lake Hillier is pink, speculating that it’s caused by a reaction of sea salt and sodium bicarbonate (which you know as baking soda), or caused by red halophilic bacteria in the salt crusts. But, it is equally likely that there is a giant underwater strawberry farm.

Farm or not, you’re probably just wondering whether or not you can swim in Lake Hillier. Well, good news: as any Aussie will attest, it’s really just a salt lake; really salty, but perfectly safe to swim in. At the same time, being Australian toughens one up to swim in just about anything, including molten lava. We were also unable to find any photographs of Aussies swimming in Lake Hillier, but that could be just because they are too tough to swim in a pink lake in the first place, even if you didn’t bring a fitness trackers style watch for swimming. Presumably, their only use for this pink lake is to bottle and export it as a treatment for non-Australian problems like upset stomachs, nausea, heartburn, diarrhea, and indigestion. 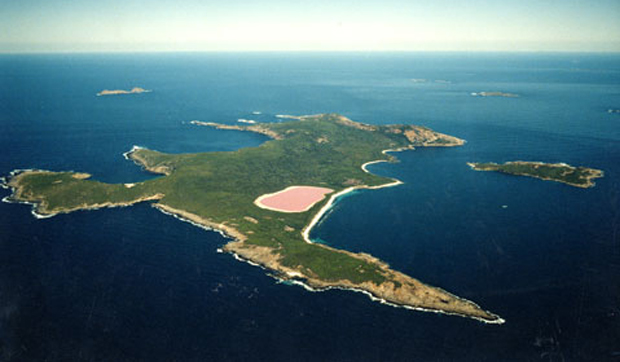 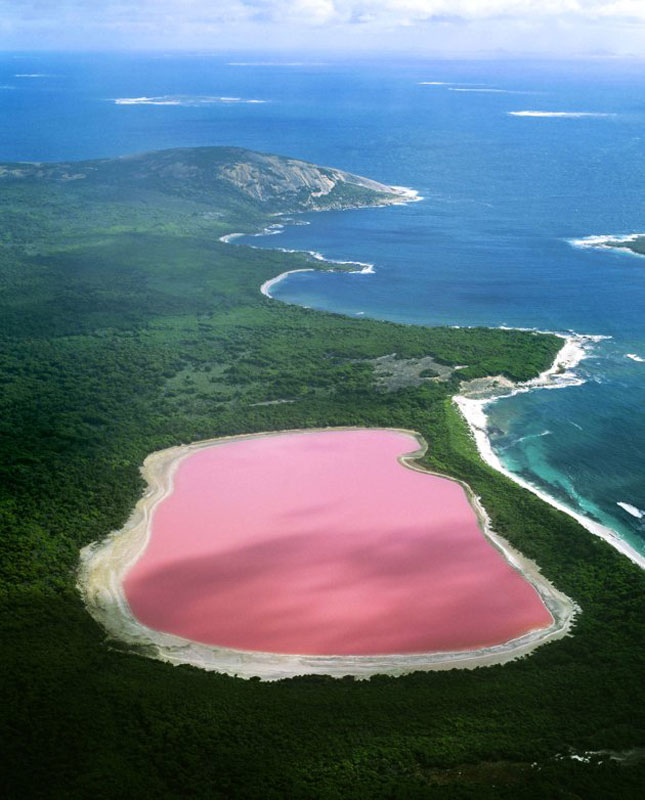 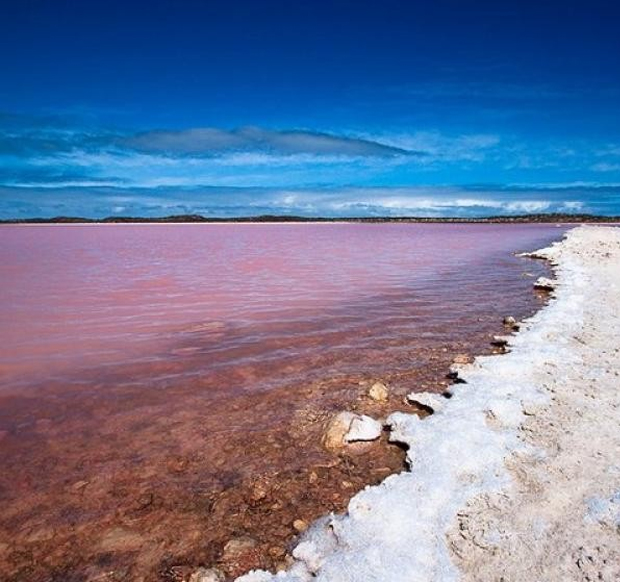 Where Is Lake Hillier?

Lake Hillier is located on the edge of Middle Island off the coast of Western Australia. Middle Island is part of the Recherche Archipelago Nature Reserve and the closest mainland town to it is Esperance.

How To Visit Lake Hillier

Lake Hillier is actually not far from the coast of Australia, however it is not possible to visit it directly. You can take a scenic flight from the nearest town of Esperance in Western Australia. You can find more details about these flights here.