When it comes to world domination, New Zealand is at a serious disadvantage because there just isn’t anything close enough to conquer. There’s Australia, but with surfboards and kiwis for national weapons, both these countries are just too laid-back to war. Nonetheless, some enterprising salesman convinced New Zealand to buy a couple of tanks. But instead of being turned into some elaborate memorial or used to intimidate local marsupials, the tanks were put to much better use—public enjoyment!

To relieve accumulated stress, most people break pencils or take cues from Japan’s frustrated workforce and smash plates. However, former IT manager Jonathan Lahy-Neary must have been experiencing some above-average stress levels, because his remedy for stress comes in the form of a giant tank unleashing destruction on full-sized sedans. 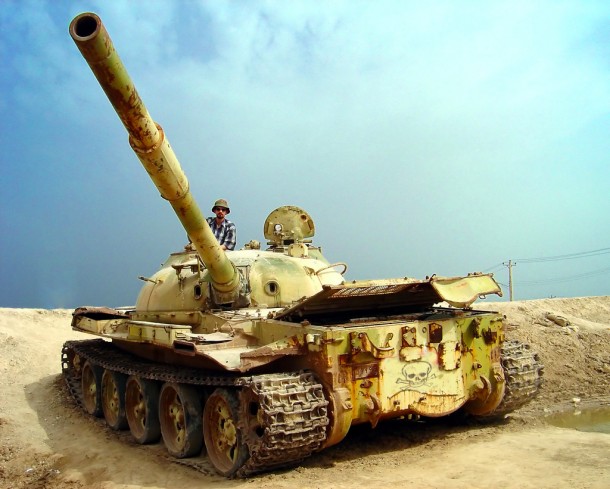 Lahy-Neary’s company, Tanks For Everything, ingeniously places civilians in the driver seat of a 52-tonne Centurion tank that they can, among other things, captain over unsuspecting cars. He swears it’s a pretty good stress reliever that releases repressed frustration, especially if you’ve had a bad day.

Tanks For Everything is located just outside Christchurch on New Zealand’s South Island and is open to anyone with an international driving permit (or driver’s license), who’s willing to pay. With a fleet of eight tanks, armored personnel carriers, and Jeeps, Tanks For Everything has all you need for a good run around the obstacle course.

You can drive their Jeeps, which are modeled on the nimble WWII Willys Jeep, a Ferret, a Saracen, an FV432 armored personnel carrier, a 42-tonne T-55AM2 classic Soviet-era tank (620bhp), or a 52-tonne British Centurion tank (650bhp). And though the guns have been deactivated as required by international transportation and shipping, you’ll still get an incredible adrenaline high from controlling the raw power of these war machines.

While similar tank driving experiences might be available in other parts of the world, we think New Zealand is the best destination to begin your world domination adventure.

The staff at Tanks For Everything knows all there is to know about the vehicles in the fleet. For you, this means that, unlike traditional driving classes, your tank driving experience can be both educational and adrenaline-packed.

Typically all driving experiences start with a 45-60 minute guided tour of the vehicle fleet, where the guides explain the tanks’ histories, specs, design features and service records. After a short safety briefing and a closer look at your chosen vehicle, you’ll be on your way to the designated track where for 15-25 minutes you’ll be king of the course. 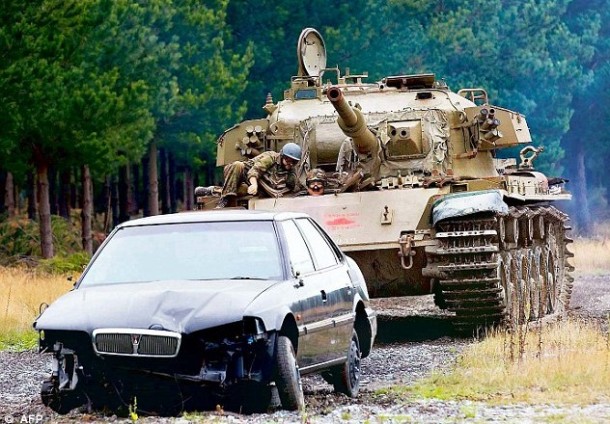 Contrary to popular belief, New Zealand has a harsh winter, especially in South Island. The Winter season lasts from June to August with temperatures dropping down to 30°F (0°C), so you probably want to avoid that. On the other hand, summer is great with an average high of 72°F (22°C) during December, January, and February.

The Brain (from Pinky and The Brain) – while your plan to take over the world crushing one car at a time might be flawed from the start, you could still give it an honest try and have one killer bar story!
Extra bragging points if you:

It will cost you $450 NZD (~$365 USD) to drive the Centurion tank for about 20 minutes. Add another $395 NZD (~$320 USD) and you can personally turn a car into a pancake. There are many other packages and options available, but you get the ballpark figure.

1 thought on “Drive a Tank in New Zealand”