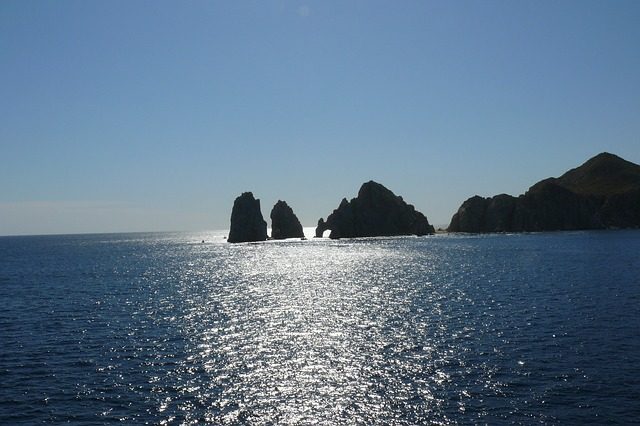 One of the best things about fishing out of Cabo San Lucas in Mexico are the short runs. Some places in the world you might have to run 40 plus miles to start fishing but not in Cabo. The fishing starts only 2 miles out of the marina and within 30 mins of leaving the dock, the lines are out and you’re anxiously waiting for that bite come in. The waters off Cabo are home to almost all the pelagics you could dream of. They have a crazy striped marlin run which can have you seeing over 20 fish a day, an incredible amount of sailfish, blue marlin, black marlin, tuna, wahoo, and dorado.

You can fish in Cabo all year round. The best time for marlin is October – November and the hot period for sails, wahoo, and dorado is from May to the end of July. There’s a great number of professional boats and crews to take you and it’s a short inexpensive hop from the states to get there. What more could you want? 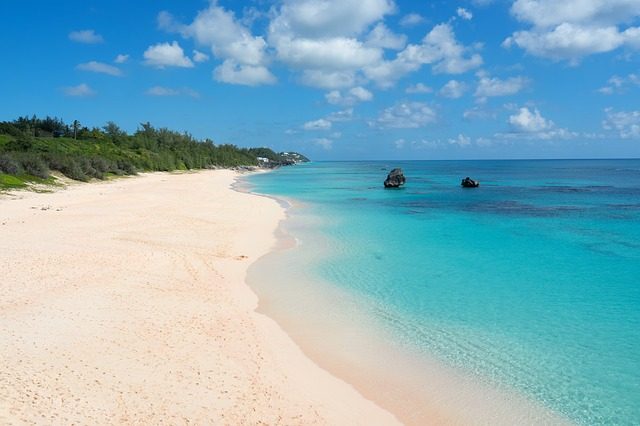 Bermuda has some very productive waters thanks to the dramatic depth changes and underwater features around it caused by the island’s volcanic formation a long time ago. It has an amazing blue marlin fishery, and there are some very big fish to be found there, the biggest ever caught was a 1,352 lbs. Outside of blue marlin, they also have great wahoo, dorado, yellowfin tuna, and white marlin bites throughout the year. If it’s the big blues you’re after the time to be there is from June to the end of August.

Bermuda is quite easy to get to, only a 2-3 hour flight from the east coast of the US will have you basking in the island’s sunshine. There is a world-class fleet of boats available but charters are on the expensive side. Outside of fishing, the island is a safe, welcoming and beautiful place to relax with amazing diving, beaches, golf courses, and cuisine. 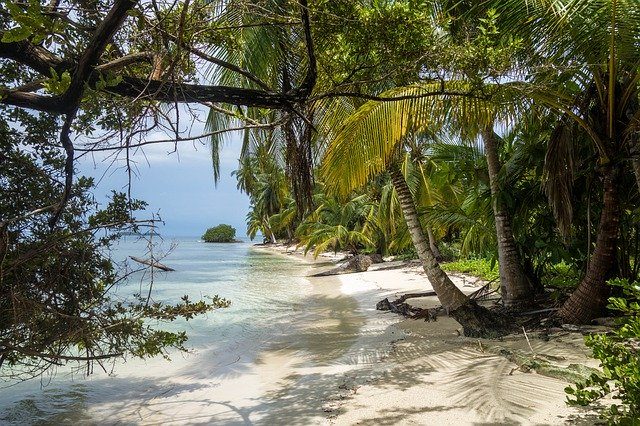 Panama boasts some seriously diverse offshore fishing. The seamounts, rugged rocky headlands, reefs, and banks give rise to one of the biggest variety of species in the world. Zane Grey Bank and Hannibal bank are known to hold huge shoals of yellowfin tuna that are often seen boiling on the surface, they are often mixed in with dorado and wahoo too. With all this bait around, it’s not surprising that big blue, black and striped marlin come into these waters to feed too, as well as a lot of sailfish. Sounds ideal doesn’t it, but that’s just the offshore side of things. If you come in closer to shore, popping and jigging around the reefs and headlands will have you catching cubera snapper, roosterfish, bluefin trevally, big sierra, and more.

You can fish in Panama all year round but in the fall months, it’s pretty wet. The best time to be there is November through to April where you’ll be blessed with sunshine, light winds, and calm seas. There are a lot of great charters to be found up the coastline, great places to stay and it’s only a 2-3 hour flight from Miami. 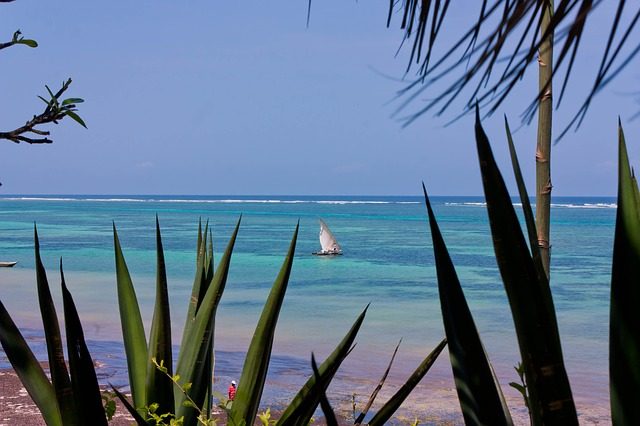 The waters off the Kenyan coast are one of few places in the world where a fantasy slam is possible. A fantasy slam is catching five different species of billfish in one day and has been done numerous times. Can you imagine catching a blue marlin, a black marlin, a striped marlin, a sailfish, and a broadbill in one day? It’s hard to believe and not get excited about at the same time but it does happen. It’s not just billfish that call these waters home though, there are some 200lb yellowfin tuna, wahoo, dorado, giant trevally, big tiger sharks and more to target.

There are some fantastic boats and crews based out of Malindi and Watamu in north Kenya that will have you on fish in no time. The run to the fishing grounds range between 10 minutes and 45 minutes depending on what you’re targetting and the best time to be there is from January to the end of March. All the billfish are around during this time, the waters are warm and calm too. The country is safe with amazing beaches, resorts, food and welcoming culture. Whilst you’re there you had may aswell tag on a safari, Kenya is, after all, one of the best places in the world to do it. 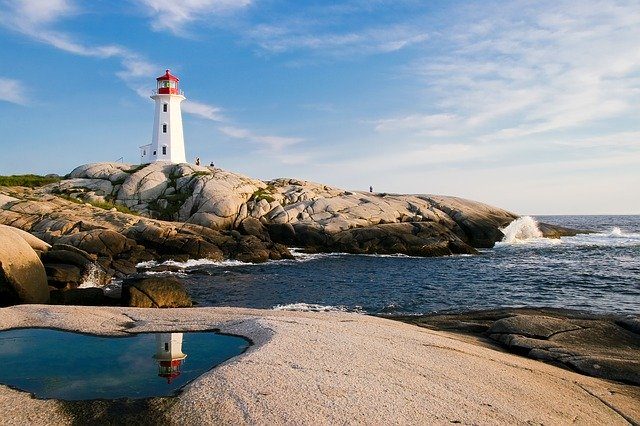 The seas off of Nova Scotia in Canada are home to giant bluefin tuna. It holds the all-tackle world record of 1,496 lbs that was caught there in 1979. Although blue-fin tuna stocks took a hit, they are now coming back and may more fish weighing close to or better than 1000lbs have been caught there over the years. There is nowhere in the world where you’re more likely to see and have a chance at a serious blue-fin, than the shores of Nova Scotia.

The charters in the area are expensive as far as deep-sea fishing goes but it’s well worth the cost. You’ll fish very close to land, quite often less than a mile out and either use live, chunked or whole fish as bait, either on a dead drift or using kites. The boats there are equipped with fighting chairs but if you’re fancy the stand-up battle of your life, then this is where to do it. The best time to be there for the big bluefins is between August and mid-October. The fishery is catch and release, so don’t expect to see yourself in a picture with a dead fish hanging at the dock. Each boat is only allowed to keep one or two fish per season. 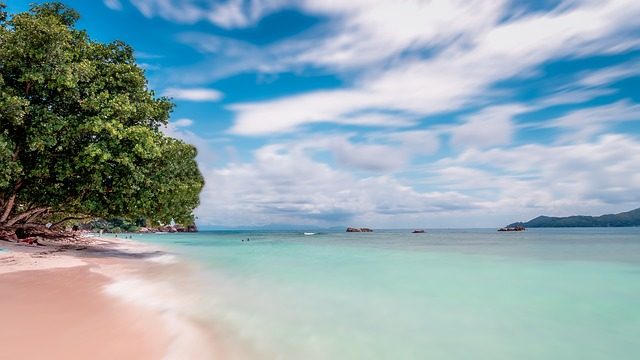 The islands of Seychelles, like with most islands in the middle of nowhere, have some spectacular deep-sea fishing. The fish are there all year round and within a few minutes of leaving the harbor, you’ll be in non-stop wahoo, tuna and sailfish action. There’s an excellent marlin bite too: blue, black and striped marlin patrol these waters and the best time for them is between May and October. The winds can be strong and seas rough but thanks to Seychelles being an island nation, you can always hide from the wind.

Seychelles has a host of awesome charter boats, beautiful places to stay and some of the best beaches, snorkeling and diving in the world. It’s well worth booking a charter that has you island hopping too, it’s a great way to see the ocean and experience the unique parts of Seychelles that are harder to get to. 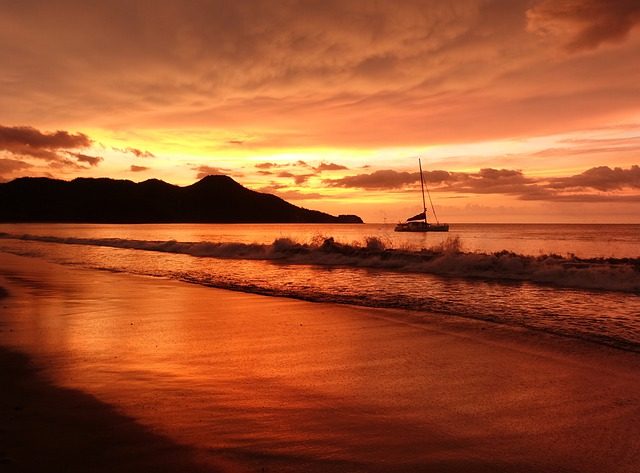 Every fishing or travel review seems to have Costa Rica mentioned somewhere. If it’s not for the incredible fishing, it’s about the surfing, rain forests, boi-diversity, cloud forests, jungles, and warm welcoming Costa Rican hospitality. Costa Rica is an incredible place to visit and well worth a look even outside of the fishing.

Within a few hours from the US, you can find yourself lounging on a black sand beach by the jungle, getting excited for your following days of deep-sea fishing. The fishing off Costa Rica is world-class, all the way from the southern Pacific shores of Golfito, through the central coast of Los Suenos to the north of Papagayo. The seas are home to blue, black and striped marlin, as well as sailfish, wahoo, tuna, dorado, roosterfish, snook, and cubera snapper. This makes Costa Rica the perfect place to go after a grand slam and the best time to do this is between December to June.

The fishing is fun, usually with light line and pitching to angry fish on teasers, which is without doubt, one of the most exciting ways to catch a billfish. The boats are world-class, as are the crews and accommodations. Los Suenos is the deep-sea capital of Costa Rica and a great place to start but if you want to get away from the crowds, Golfito and Playa Carrillo are good choices. From January to March, Playa Carrillo is known to have the best blue marlin bite on the coast. This is when many a charter boat and world record seekers will call the sleepy fishing village home. 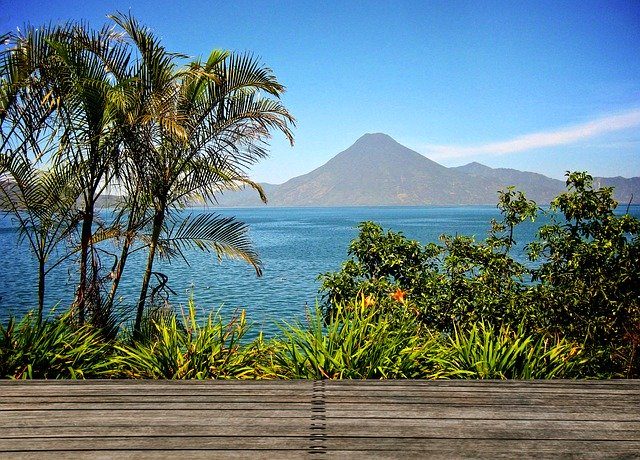 Guatemala wasn’t even on the deep-sea fishing map some 25 odd years ago but once their huge run of big pacific sailfish was discovered, it didn’t take long for things to start moving. Once the word got out and the infrastructure put in place, it became of the place places to go deep-sea fishing in the world.

The big sails come through Guatemalan waters between December and March and if you’re lucky enough to time it right, you could be releasing over 30 sails a day. Jaw-dropping stuff isn’t it. During the same time of year, there’s an excellent run of blue marlin, not to mention the tuna, dorado, and wahoo that are there all year round. There are some great lodges to stay at, world-class English speaking captains, great boats and it’s all just a short flight from the US.