Monte Verde is found in the northwestern highlands of Costa Rica and is around 150km away from San Jose. It’s a smooth 3-hour drive to ger there and the route takes you out of San Jose, past the coast and into the mountains. Dairy farming was once the major economy of Monte Verde but now this rural farming town and become a hub for eco and adventure tourism. Once the world found out about the mystical cloud forests, travelers from all over the world started to visit and it has become a must-see when visiting Costa Rica.

Cloud forests are very rare environments and they require a specific set of conditions to evolve and survive. These conditions are found in tropical and subtropical mountainous areas. Monte Verde’s location creates the perfect atmospheric conditions that allow this special part of the world to be constantly covered in clouds. Clouds take over the forests in a hazy fog and as it flows through the forests and vegetation, it covers everything with a thick blanket of dew. It is the consistent moisture of the dew that has created an ecosystem of immense biodiversity, especially inside the plant kingdom of the Curi-Cancha Reserve,  Monteverde Cloud Forest Reserve, and the Santa Elena Cloud Forest Reserve.

There is a whole host of things to do whilst in Monte Verde and here are some of the best. 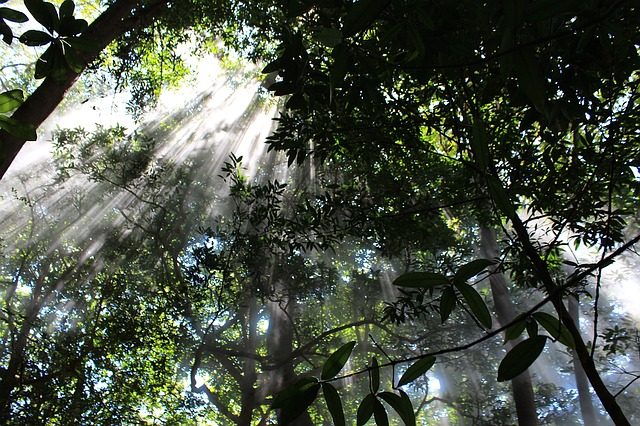 Monte Verde is apparently the birthplace of the zipline. It’s said and claimed by the locals, that they created the zipline as a way to get lunch to the workers in the past. They also claim to have started the first-ever canopy tour. Monte Verde is now full of zip lines and they will give you a buzz and a half. Hopping on a zipline and cruising over the cloud forests is a once in a lifetime experience. You can find zip lines at Sky Adventures Monteverde Park, Selvatura Park and 100% Aventura. The zipline at 100% Aventura is one of the most exciting and is known as the superman zipline as it is 2km long.

Monteverde Extremo Bungee is the highest bungee jump in Central America and is a 143m jump. On arrival, you’ll hop on to a tram and cable car to get up to the platform. While you ascend, you can stare deep into the clouds and the forest as the cable car takes you over a stunning valley, and get ready for your jump.

Once you’re up there, you’ll have some moments to admire the view while your guide takes you through your jump. And after that, off you go. You have to be 18 to jump and you’ll get a video of it afterward. If you have bungee jumped before you’ll know the feeling, it’s an amazing rush and if it’s something you have longed to do, this is a great place to do it. 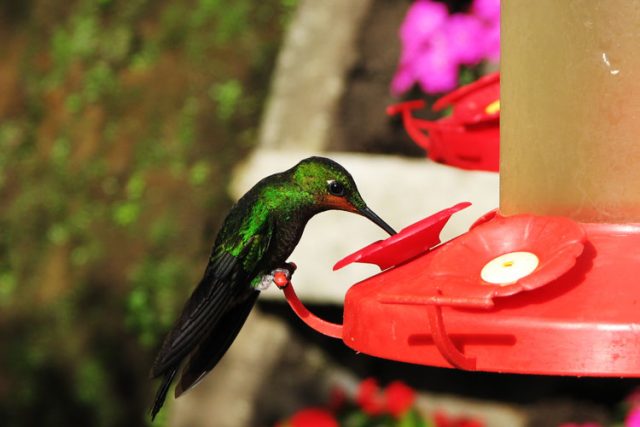 Monte Verde is the home of around 400 species of birds and one of the best places to go bird watching is in the Curi-Cancha Reserve. You’ll have the chance to see some of the most stunning birds in Costa Rica including a variety of hummingbirds, keel-billed toucan, orange-bellied trogon, blue-crowned motmot, and the resplendent quetzal.

Monte Verde was named by National Geographic as the best place on earth to see a resplendent quetzal. Cloud forests are their habitat of choice. It’s a small but stunning bird of the trogon family. It has bright green feathers, a long slim tail and it’s so captivating that Guatemala made it their national bird and even named their currency after it. One of the best times to see them is during the mating season between February and June, and if you’re lucky you may see a male dancing and showing off his foliage to impress a possible female mate.

Seeing the birds can be a tad tricky and it’s hard to get your eye in. It is well worth taking a guide who will help you find and spot the birds you want to see and teach you about the reserve.

There is, however, a hummingbird garden in town. This makes it easy to spot them because they come to the nectar in the hanging feeders. Just hang around one for 5-10 minutes and you are guaranteed to see a few. 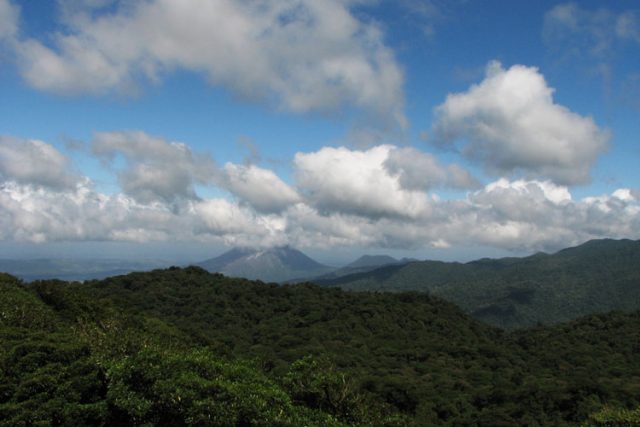 Hike In The Clouds

Being surrounded by Cloud Forests isn’t your everyday situation and there isn’t a better way to get in touch with nature than taking a hike through it. The forests sit at over 5000 ft above sea level and the unique vegetation will make you feel like you’re in another world.

There are three cloud forests in the area, Santa Elena, Children’s Eternal Rain Forest, and Monteverde. Monteverde is the most popular of the three but if you want to get off the beaten track, Santa Elena is a good choice. It’s higher in altitude, covered in more clouds, less busy and covered in mosses. You will feel like you’re walking through an unworldly mystical land.

There are lots of well-maintained trails throughout all of the reserves that are easy to walk around. They range from one to three miles long and you can opt to go solo or with a guide who’ll talk you through the flora and fauna. There are stunning rest points and views on all the trails no matter which park you end up in.  A stroll through a cloud forest is a must while you’re there. 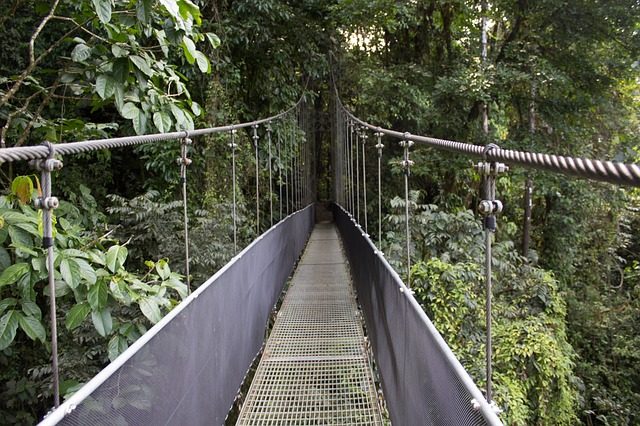 Clamber Across The Treetops

Well not clamber but walk amongst the treetops. Monte Verde is known for its hanging bridges in the cloud forests which can be 2400 feet high and up to 800 feet long. It’s an amazing way to see the forest from a different perspective and an amazing activity to do with kids.

Each park has its own hanging bridges and the bridge in the Monteverde Cloud Forest Biological Reserve is the longest of them all while the best ones are most likely the Selvatura treetop suspension bridges. Here you have eight hanging bridges that are all connected by walking trails. Getting a bird’s eye view of the cloud forest is a great way to see amazing trees and plants, birds, sloths, and monkies. The trail takes around two and a half hours and is a lovely walk through an enchanting forest where you’ll feel like you’re walking in a forest fairytale.

Go For A Night Walk

Almost 80% of the animals in the cloud forests are nocturnal and are on the move most at night, it’s the best time to see them. Unfortunately, you can not go solo on a night walk and will need to take a guide which is actually a great thing. They will know where to find all the curious creatures of the night and will teach you about them as you go. A walk through the cloud forest at night will give you the chance to see the forest in a whole different light and stumble upon creatures you have never seen before.

Inside the Santa Elena Cloud Forest Reserve is the San Luis waterfall. The waterfall is one hundred meters high and is a stunning sight to behold. You can take a swim while you’re there, enjoy a picnic or simply enjoy the sound and views of the waterfall itself. 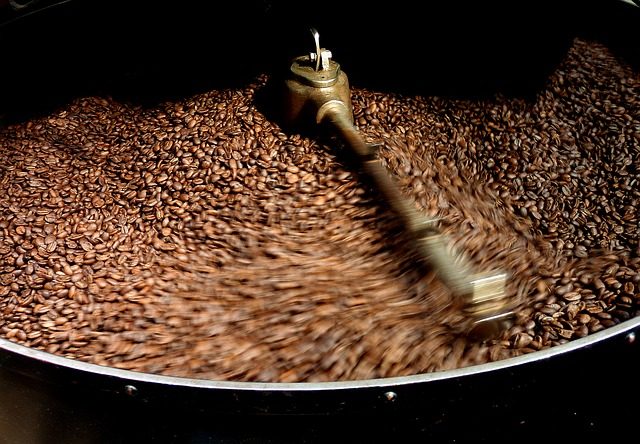 The Don Juan coffee, chocolate, and sugarcane tour lasts around two hours and is a yummy way to spend some time learning about Costa Rican produce.

First, you’ll learn about the history of Costa Rica’s coffee and how important it is to the development of the country. Then you’ll get your hands dirty and learn how to pick coffee berries and the processes required to turn them into ready to brew beans. After this, it’s a ride in an Ox Cart to a delicious cup of coffee and then on to the chocolate tour where you’ll learn about the history, help make chocolate, taste cacao and make cocoa beans into a delicious chocolate drink. Then it’s to the sugar cane where you’ll learn about why sugar was planted and make a traditional glass of sugar cane juice as well as chew a few pieces of the can itself. It’s a fun, informative and tasty way to spend some time in Monte Verde.

Horseback riding is not actually permitted in the national reserves in Monte Verde but there are a lot of trails outside of the protected areas that are still a part of the cloud forests. There are plenty of spacious trails and tours that take you winding through the jungle and it’s a relaxing a peaceful way to immerse yourself in the wild. You’ll see interesting plants, animals and birdlife and the guides are fun, happy and informative. 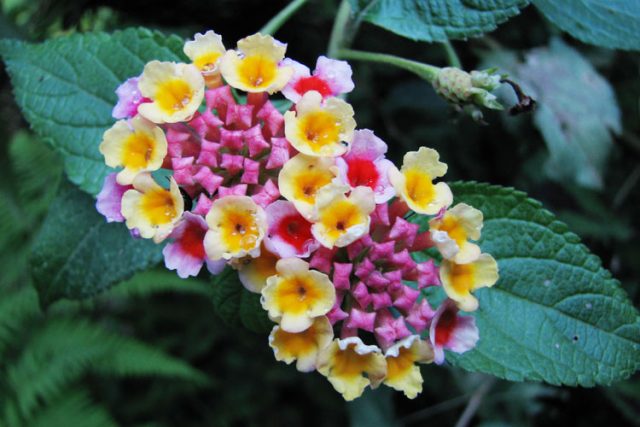 Costa Rica is home to more than 1,400 species of orchid, 500 of which can be seen in Monteverde. A trip to the Monteverde Orchid Garden is something that shouldn’t be overlooked. The orchid house has 460 species of orchid growing outdoors in an effort to replicate their natural habitat, of which 120 plants are in bloom each day. It truly feels like you’re walking through an orchid jungle.  The tour lasts between 30 minutes and an hour and you’ll learn about all the different species, their fragrances, how to grow your own, where they’re from and how they are cultivated. 80% of the orchids in the world are miniature and the collection at Monte Verde includes some of the smallest ones in the world whose flowers can be a tiny 2cm wide. It is a special and memorable experience that can be done in many places in the world.

Monte Verde sits on the top of the Tilaran mountain range and is one of the few places in the world where you can see both the Pacific and Atlantic oceans for the same place. There are a lot of great viewpoints that look west to the setting sun and watching the sun go down from such a high elevation is stunningly dramatic. You can watch the sun go down from the mountains over the islands in the distance and sip a cold drink and reflect about where you’re standing and what you’ve seen so far. 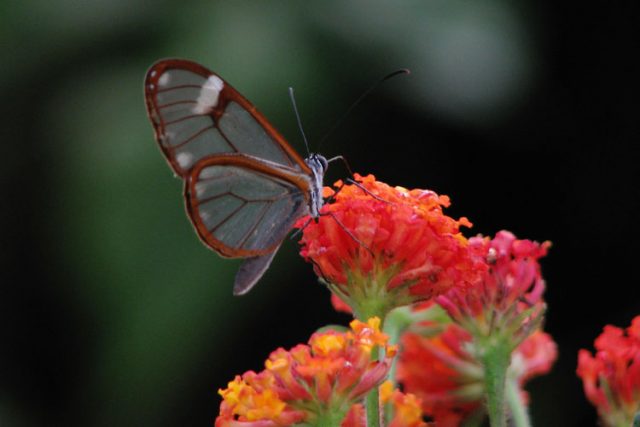 Hang Out In A Butterfly Garden

The Monteverde Butterfly Gardens are the longest-running butterfly garden in Costa Rica. It has been educating the public about arachnids and insects for over 25 years. It houses 4 different butterfly habitats with up to 35 species of butterfly. The butterfly houses are indoors under a greenhouse and so it’s a great thing to do when it’s raining which can happen a lot in the cloud forests. The Monteverde Butterfly Gardens also have a leafcutter ant colony and more than 20 species of insects and arachnids from Costa Rica. You will be guided around the three acres by friendly and passionate staff while they teach you all about the interesting animals. The property itself is in a forest and is home to monkeys, agoutis, and stunning birds.

The tour takes around an hour and a half and the place is open from 8:30 am to 4 pm with tours running constantly until 3:30 pm.

There is so much fun, adventure and knowledge to discover in Monte Verde, it’s quite hard to know where to start. Just being inside a cloud forest is enough of a selling point to go there, let alone all the interesting activities that go along with it. It’s very easy to get to and the best way is by driving yourself. The roads in Costa Rica are easy to drive on and pretty empty most of the time. I would recommend getting a 4×4. They are simple and easy to hire in Costa Rica and Monte Verde is a perfect stop off on your way to the beach.