Europe has so many vibrant, exciting cities choosing the ones for your travel bucket list can be daunting. Let this list of the top 10 European cities help you decide on your next European vacation. 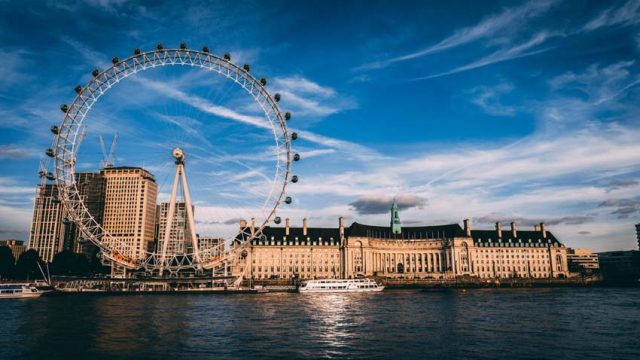 If you’re planning a trip to London, of course, you’ll want to take in the main sights like Buckingham Palace, Big Ben, and Westminster Abbey. Don’t leave out a gentle ride down the famous River Thames, and no London trip is complete without a spin on Coca Cola’s London Eye, a riverside observation wheel, and a visit to the Shard, the tallest skyscraper in the city. There’s a myriad of themed and cultural tours for those iconic sights from a Changing of the Guards tour to a Harry Potter Walking Tour for Muggles. If you are traveling with your family, there are also a lot of beautiful places that you can visit in South London with kids.

After that, dive into London’s quirkier side with a few offbeat spots that will make your trip even more memorable. Become grateful for modern medicine at South London’s Old Operating Theatre museum that demonstrates how surgeries were performed before anesthesia existed. For London’s “wilder” side, book an overnight stay at the London Zoo complete with dinner, drinks, and a nighttime tour.

But before your night sleeping with the lions, drop by God’s Own Junkyard, a neon light museum in Walthamstow. Or, you can head to one of the many famous London nightclubs and dance to electronic music made by some of the best. Of course, you could make the music yourself if you had the right music software, right? But why not settle for something by the pros! 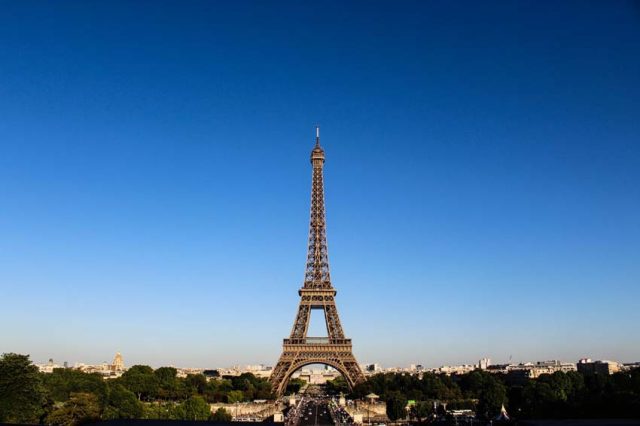 Going to Paris? Lucky you! Some of the world’s greatest museums and palaces await you along with bucket list sights like the Eiffel Tower, the Champs Elysées and the Arc de Triomphe. You’ll want to stroll the galleries at the Louvre and the Musée d’Orsay. Explore the elegant boutiques and formal gardens at the Palais-Royal where Louis XIV spent his unhappy childhood in a 17th-century palace.

Feast on gourmet French cuisine and sip champagne on a boat ride down the lovely Seine. Don’t leave out a chilling tour of the Catacombes where the bones of six million people are at rest. After you’ve ticked off the must-dos in Paris, join the locals for fun at real-life room escape games, the city’s hottest new entertainment trend. Practice your dexterity and reasoning at escape rooms with diversified themes like burglary, science-fiction historic heritage, and more. 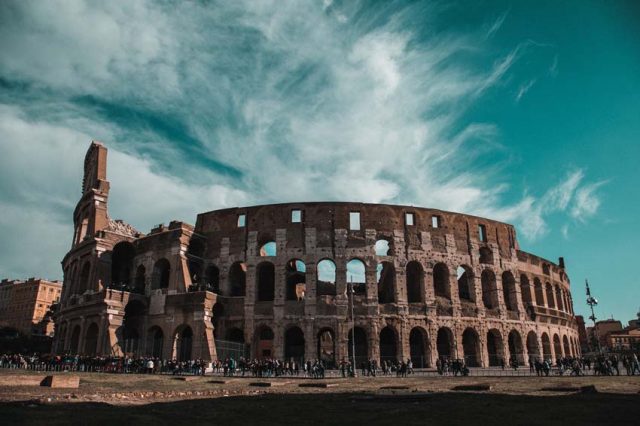 With its display of over 3,000 years of globally influenced art and architecture, it’s easy to see why Rome, Italy is one of the world’s favorite cities to visit. Fascinating ancient ruins like those at the Forum and the Colosseum offer a glimpse into the planet’s oldest civilizations. Breathtaking art and architecture displayed at the Vatican Museum, St. Peter’s Basilica, and the Sistine Chapel are just the beginning of a long list of the world’s greatest historical sites to explore.

On the modern side, keep in mind that Rome is a foodie’s paradise and the Eternal City’s nightlife is an experience in itself. The Trastevere neighborhood with pubs and wine bars scattered along narrow, cobblestone streets is the best area for Rome’s nightlife. Drop by Macchésietivenutiafà, a dive bar with a name you’ll have a laugh trying to pronounce for one or two of their fabulous craft beers. Don’t overlook scouting out a good pizzeria, and maybe even sign up for a cooking class and learning the ins and outs of Italian food. 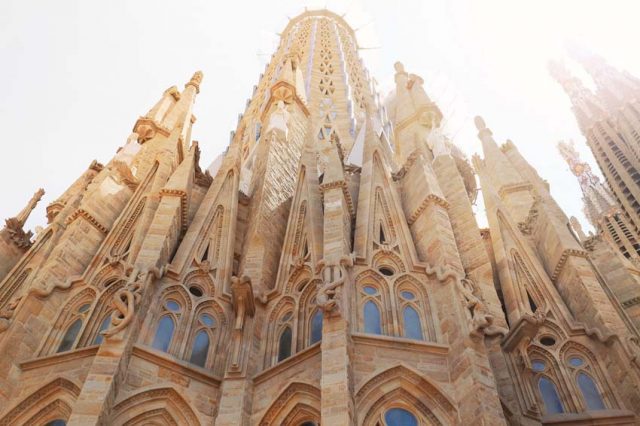 Ah, Barcelona. Spain’s cosmopolitan city with its amazing architecture, Mediterranean beaches, and lofty peaks of the Pyrenees Mountains are favorites among European travelers. Go ahead and book a tour of the Sagrada Família and other works dreamt up by Antoni Gaudí, then head out to experience Barcelona’s great outdoor life. You can get away from the crowds at Parc Del Laberint D’Horta and stroll the beautiful grounds surrounding a 14th-century house and a labyrinth and waterfall. The Bunker’s Del Carmen Lookout is another hidden gem to escape the crowds. Originally built as anti-aircraft fortifications back during the Spanish Civil War, the lookout offers you a 360-degree view of the city.

Take a picnic and hang around for the sunset. With three miles of glorious golden beaches among a carnival atmosphere, you’ll want to spend a day on a Barcelona beach. Then take off for the peaks of the Pyrenees and check out caving, canyoning, rock climbing, and other mountainous adventures. 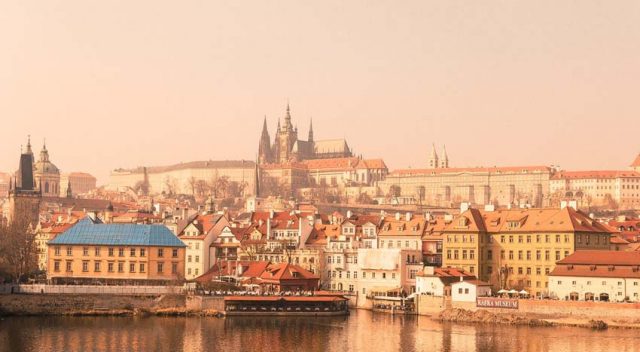 Prague is the capital city of the Czech Republic and visited by world travelers to admire its Old Town Square from the 10th century. Colorful Baroque buildings, Gothic churches, and a famous medieval Astronomical Clock that puts on a delightful animated show every hour is the highlight of a trip to the “City of a Hundred Spires.” The breathtaking Prague Castle is a must-see. Enjoy the grounds free of charge or get a combined entry ticket to other buildings such as St Vitus cathedral, Basillica of St. George and Golden Lane. Book a cruise from the river Vltava for a unique way to see the city’s historic buildings and monuments.

A dinner cruise is a great way to sample Czeck food and their world-famous beer while seeing the sights. Don’t overlook Prague’s nightlife while in town. There are some great live music venues that feature the best in jazz and classical music. 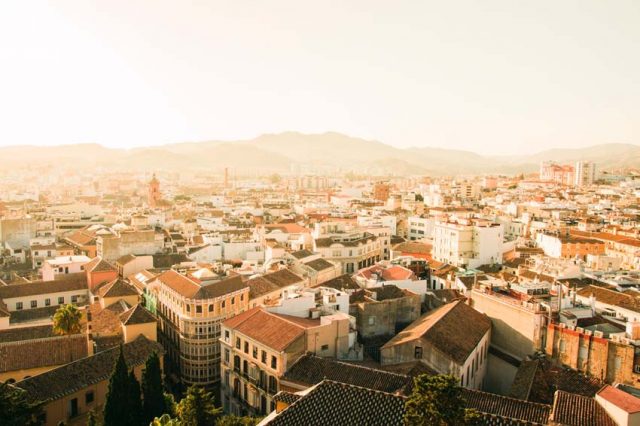 Centered squarely in the middle of Spain, Madrid is impossible to top for the best cultural experience while visiting this European nation. That’s due largely in part to its royal history as the heart of the old Spanish Empire. Today, Spain’s capital city is characterized by elegant boulevards, historic squares, lively plazas, and a plethora of art museums. It would take a long stay to get around to every museum and other interesting places in Madrid.

To hit the highlights, add the Prado Museum to your list of must-dos. The museum features work by Spain’s most famed artists. The beautiful Palacio Real, or Royal Palace is open to the public for guided or self-guided tours. Madrid today is just as cosmopolitan as other large European cities with places like Puerta del Sol and its spurting fountains, restaurants, and shops swarming with crowds. For the ultimate cultural experience, attend a show with dinner and drinks at one of the many flamenco venues. 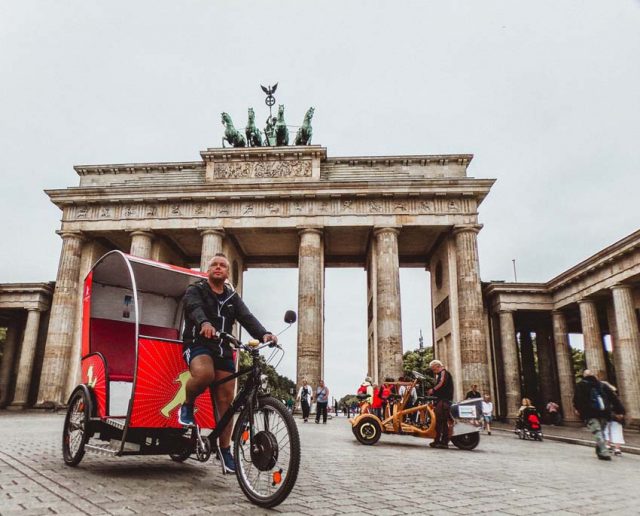 Berlin is a classic European destination that entertains millions of visitors each year with its many cafes, restaurants, and lively nightlife. Germany’s capital city also has its fair share of museums, galleries, and points of interest. Sure, it’s not as famous for its beer as some places like Munich, but it has so much more to offer.

It’s a huge city, but easy to get around thanks to its excellent train and underground services. If you want to see all of the state-run museums and public foundations in Berlin, you can get a three-day pass for only €24.

One not to miss is the Eastside Gallery which features murals painted on part of the Berlin wall. Because of its turbulent history, Berlin is divided into six distinct neighborhoods. East Central, associated with the left-wing youth culture is the hippest and packed with trendy bars, cafes, clubs, and shops. Experience nightlife like a local and join an intimate pub crawl. You’ll drop in a variety of bars like a Goth horror rock bar, beach bars, squat bars, and even an Absinthe bar. 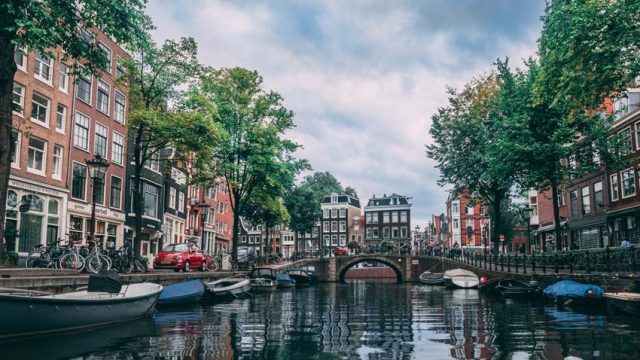 If your vision of what to do in Amsterdam is canal rides, biking, windmills, tulips, Van Gogh, and partying in general, you’re right on track. This lovely city in the Netherlands should be on everyone’s list of European cities to visit. The flat terrain makes biking a way of life here. For visitors, it’s a great way to tour the city. The elaborate canal system has earned it the title “Venice of the North,” so you’ll definitely want to take a canal cruise. There is also a good smattering of museums, and enjoying the architecture of the 17th-century Golden Age is as simple as a bike ride around town. The Van Gogh Museum is a must, of course, featuring the world’s largest collection of the Dutch Post-Impressionist’s work.

While in Amsterdam, take the opportunity to see the city’s “real side.” Look for tours that let you explore things not included by typical city tours. Learn about counterculture, alternative housing arrangements, street art culture, and the city’s liberal laws. 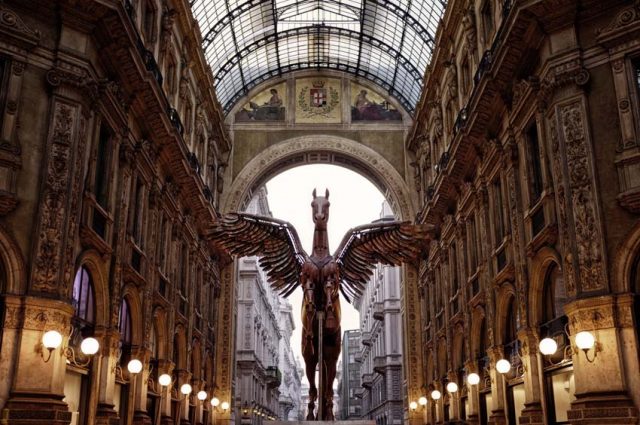 Situated at the top of Italy’s boot in the northern Lombardy region, Milan is the financial and fashion hub of Italy and the perfect European destination for high-end shopping and posh restaurants. Centuries of art and culture have created must-sees like the Milan Cathedral and the Santa Maria delle Grazie convent where Leonardo da Vinci’s “The Last Supper” is on display. Shopaholics will swoon at the Grand Galleria.

The huge shopping mall, created in 1877, has an entrance that looks more like a palace or opera house. Milan is also huge, and visitors do well to pick one part of the city to hang out in at a time. A good place to start is the Brera District. This charming district is located to the north of the cathedral in-between Borgonuovo and Broletto. The atmosphere is definitely Bohemian, and galleries, exclusive restaurants, and high-end retail shops are plentiful. As a bonus, it’s a great walk along cobblestone streets lined with fascinating architecture. 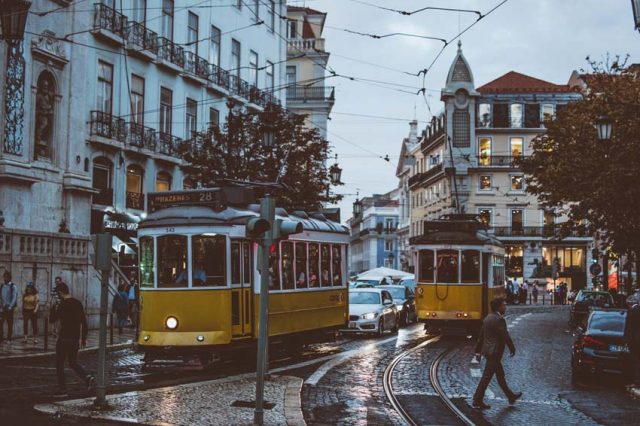 With a string of Atlantic beaches on its outskirts, Lisbon can be viewed as Portugal’s London. Roman imperialists, Berber pirates, and Moorish builders have all contributed to the city’s history which can be explored in its grand palaces and heritage districts. Visitors can obtain a Lisbon Card for free admission to museums and unlimited access to public transport. Be sure to take a stroll through the winding alleys of the little Alfana District, Portugal’s equivalent to other European city’s old town centres.

Soak up the local culture in the coffee shops of the Bairro Alto district, and look no further than fado joints for the best in nightlife. Fado is a music genre unique to Portugal in which fadistas sing with an accompanying Portuguese guitar. Experience Lisbon’s variety of terrain with a day trip to Sintra, a town nestled in the mythical Mountains of the Moon. Then head back to the coast to one of Lisbon’s beautiful beaches.