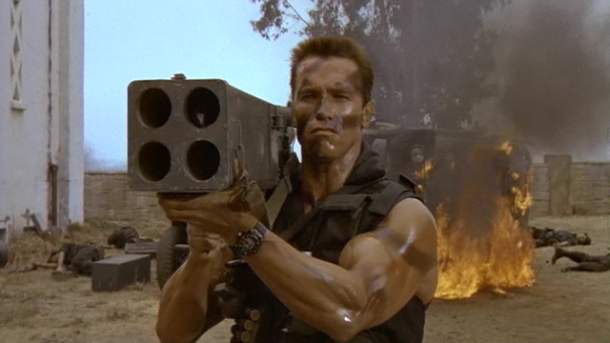 Chances are, if you watched any North American TV, you know that the good guys always have amazing weapons to shoot at bad guys- weapons you probably wanted to try out for yourself. Well, Cambodia, besides offering you every possible insect as a snack, is known for offering you every kind of weapon imaginable! Including the ability to shoot a bazooka, apparently at a cow?!!!

The 70’s Civil War left a mark on the country, and the 100,000-plus rifles collected by the Royal Cambodian Government are now stored in the decrepit army barracks all over the country. All readily available to well-paying tourists.  So, while your pocket-protector-sporting friends take a trip out to Angkor Wat, you can ride out to Phnom Penh’s Shooting Ranch run by Cambodia’s 911 Paratrooper Commandos. It’s located near the Royal Cambodian Army Barracks and almost every tuk-tuk and moto driver will know how to get you there.

What Weapons Are Available To Shoot In Cambodia?

Your menu of weapons is astounding; hung up on the walls are

Oh, and guns, quite a lot of guns! 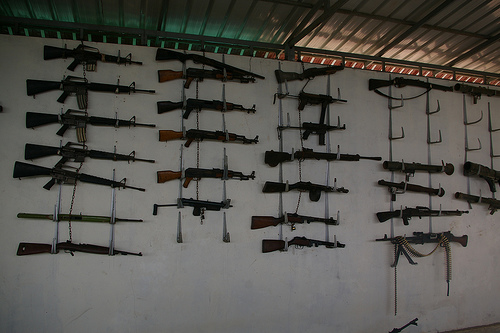 Though being readily available at shooting ranges domestically, they aren’t a popular choice among the tourists. While you wait your turn to play Rambo, grab a beer, sit back, and enjoy the smell of burnt gunpowder, as the other tourists take their turns. Alcohol is already known to improve your dancing abilities and sex-appeal, so why wouldn’t it improve your accuracy with a gun as well?!

Maybe don’t get seriously drunk before handling a weapon. I certainly would not. 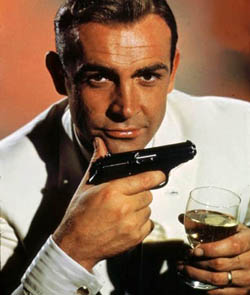 Firing A Bazooka In Cambodia

However, if you want to try out something more destructive, like a hand-grenade or a Bazooka, it was common to travel another 40 minutes to a more remote location. There, you used to be go nuts firing at old cars, targets set up in trees, and even live animals. For example, $5-$15 will get you a chicken as a target for your M50 sniper rifle, or for $300 you can shoot a cow from a rocket launcher. 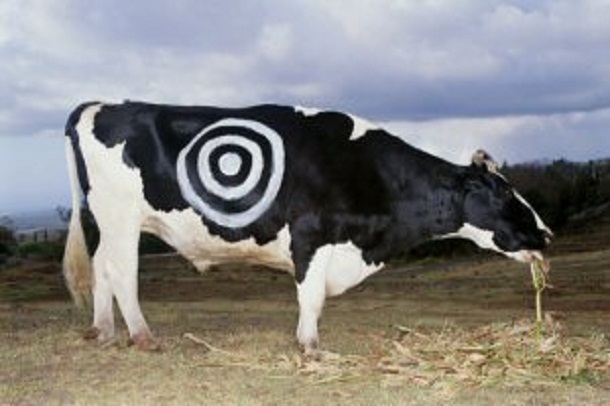 Chances are, when you think of cows, you think of the majestic creatures that graze the fields, just waiting to give you their milk. And though you secretly want to tip them over as soon as it gets dark you don’t think of them as target practice. You probably also don’t want to shoot them, though some tourists want to do exactly that. It’s not something I condone or want to do, but apparently, it’s searched for a lot online!

Can You Still Kill Animals in Cambodia?

In 2001, Norodom Sihanouk, then King of Cambodia, made a public plea for the slaughter of animals to end on the nation’s shooting ranges. Not only did such practices hurt Cambodia’s reputation, but they were also opposed to the philosophy of the nation’s dominant religion: Buddhism.  Since then a lot of the shooting ranges have closed and the killing of animals has gone underground.

So, although you can shoot lots of guns and fire grenades and rocket launchers in public, the killing of cows and other animals is not something the shooting ranges usually offer. And I certainly would not ask. If you want to, that is up to you.

Where To Go Shooting In Cambodia

You can head to the Cambodian Shooting Range any time of the year. They are certainly not going to refuse your money. However, if you would like to know the best time to visit Cambodia, read that post.

Cost Of Shooting In Cambodia

If you want a full breakdown of prices, you can check out the shooting clubs list here.

It is not cheap, you will pay about $2 per bullet, which is about the cost of a domestic beer, or a dozen eggs. It’s alright if you’re firing 10 rounds from a pistol, but it gets pricey if you want to blast away with an M-60 or AK-47 on full automatic. 30 rounds from those babies can be fired off through a single pull of the trigger! And that will set you back $60.

The prices for ammunition are non-negotiable; you get a menu of weapons and ammo prices when you get there, and you can shoot whatever your wallet allows. For example,

It’s not a cheap experience, but where in your home-town can you get your hands on a rocket-launcher?

Read about some experiences here

3 thoughts on “Shoot a Bazooka, RPG or Other Guns in Cambodia”