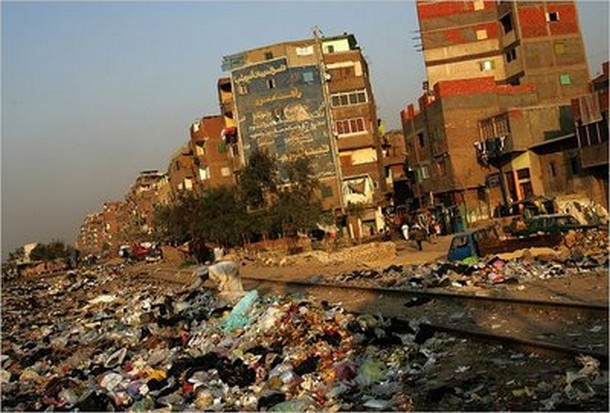 Question: What are things that have never been thought about Manshiyat naser?

Manshiyat naser, or “Garbage City” as it’s better known as, is a slum settlement located to the southeast of Cairo. Its inhabitants are affectionately known as “Garbage People”, not because of their awesome Ed Hardy swag, but because they have been sustaining themselves for decades as Cairo’s unofficial sanitation crew.

The Garbage People, comprising mostly Coptic Christians, first immigrated to Cairo in the 1930s in search of big city dreams and land under their feet. Being very poor, and without a solid 401k plan, they got by whatever way they could: living in makeshift housing and recycling the city’s compostable waste products by feeding it to their pigs.

Today, Cairo’s Garbage People make ends meet by going door to door to pick up people’s trash for a nominal fee, which is then brought back to their Garbage City neighborhoods. There, they sort and recycle everything they could, using it for their own manufacturing.

The Zabbaleen use trucks to get the trash to Garbage City, and further direct their loot via a network of donkey-powered carts that carry heaps of trash back to their exact destination.

Once the garbage arrives at its final destination—a Zabbaleen house or apartment— families sort out the trash according to their specialization. Some sort plastic bottles, others cans, and so on. They recycle this garbage to make anything from bags and stationery to plastic hangers and toys.

Many sources agree that the Zabbaleen have created one of the most efficient recycling systems in the world, which recycles up to 80 percent of all the waste that they collect. 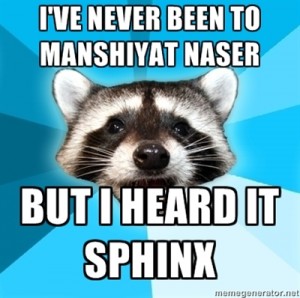 According to the most widely used source of C+ students, Wikipedia,

What is distinctive about the Zabbaleen is that the Zabbaleen invest heavily in their tools and know-how for recycling. These Zabbaleen micro-entrepreneurs have invested “an estimated 2.1 million Egyptian pounds in trucks, plastic granulators, paper compactors, cloth grinders, aluminium smelters, and tin processors. Thanks to the Zabbaleen, the city of Cairo has been able to manage its solid waste at almost no cost to the municipal administration.

But, despite their key role in Cairo’s society, the Zabbaleen are amongst the poorest and most prosecuted people in Egypt. Cairo’s municipal government has been trying to get rid of the Zabbaleen in an attempt to be “cool like other cities” that have large corporations with logos to collect their trash. And, like some of the neighborhoods in our article on dilapidated areas around the world, Garbage City “lacks infrastructure and often has no running water, sewage, or electricity.”

But what Garbage City lacks in basic utilities it makes up for in cave-churchiness. There are seven cave churches carved into the nearby Moqattam Mountain. The Monastery of St. Simon the Tanner is the largest and has an amphitheater with a seating capacity of 20,000. Worth a visit. 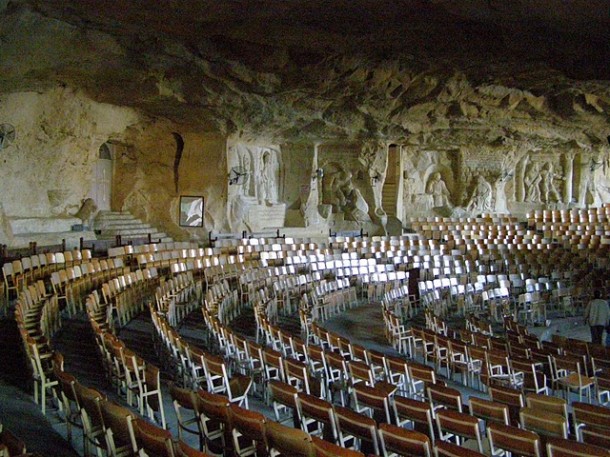 The best time to visit is between November and March—y’know…because it’s hot in the summer.

The Great Condescender– When people ask you about visiting the Great Pyramid or the Sphinx—and they will ask you about the Great Pyramid and the Sphinx—you’ll be able to say deadpanned “yes, I did briefly visit those obvious things, but to me Africa is more than just an ancient history museum, it is a living, breathing oasis of culture and passion.

Bonus points if you refer to Africa as “she” when talking about her in third person singular form.

As many families in Garbage City earn less than two dollars a day, be prepared to be called Mr. Fancy Pants if you request water on a daily basis