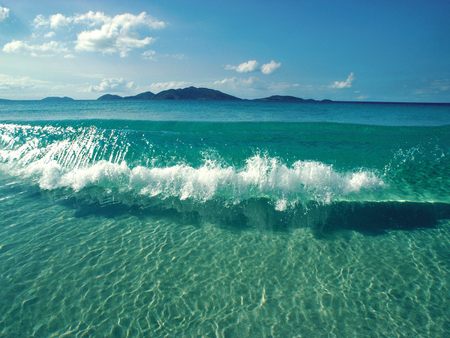 Given the seafaring history of the Vikings, it should come as no surprise then that two Norwegians would become the first to row across an ocean.

In 1896, a New York gazette presented a $10,000 prize to anyone who could row across the Atlantic Ocean. Two fishermen, Franky Samuelsen and George Harbo, accepted the challenge. That same year, they packed their goods, got in their 18-foot oak rowboat and rowed from Manhattan to the Isles of Scilly—a small set of islands off the southwest coast of Great Britain—in 55 days. 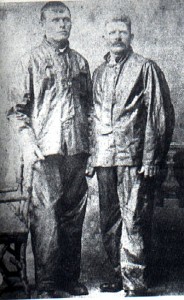 In today’s age of anabolic steroids and fiberglass, it is remarkable that Harbo and Samuelsen’s 55 day row across the Atlantic still stands as the doubles record for rowing the Atlantic from New York to Great Britain.

Very few recorded attempts have transpired since the days of Harbo and Samuelsen; in fact, not one voyage was completed for another 70 years after Harbo and Samuelsen’s journey. Due to the difficulty and infrequency of attempts, ocean rowing has been dubbed as the “new Everest” by many enthusiasts.

The best way for someone to experience ocean rowing in a structured setting is by signing up to one of the ocean rowing races offered by Woodvale Events Ltd.—a company organizing biannual races in the Atlantic and Indian Oceans.  One of the races, known as North Atlantic Rowing Race recreates the original route rowed by the first ocean rowers—Harbo and Samuelsen—and has been billed as the “world’s toughest rowing race” by its organizers.

Remember, you and a friend can still go down into the record books if you beat the original pairs record of 55 days set by Harbo and Samuelsen. How hard can it be, they didn’t even have color back in those days!

Ocean rowing: What to Expect

Rowing across an ocean is a rather life-changing accomplishment. I think it pretty much guarantees that you will not ever again settle for mediocrity in your life. But, while this feat will earn you some “cred” amongst your peers—you know the ones that never rowed an ocean—you should also be prepared to undergo a serious test of your will. 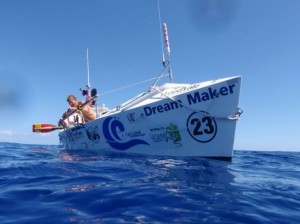 Many ocean rowers report a persistent desire to quit, which they say they overcame by focusing on the present and learning to live life one row at a time. The shear amount of physical labor that is required to row across an ocean can weigh down on your psyche if you try to think about the challenge in its entirety.  But, if you can learn to live life simply as one does in the middle of an ocean, you will be able to do many things once you get onto land.

While this activity is mentally tough, it is also phallic-ally and ass-ally tough. If you thought your nipples felt raw after jogging for 3 hours, imagine how everything is going to feel after 12-13 hours of sliding your butt and legs up and down a rubber seat. Be prepared to handle soreness, blistering, chafing, and sunburns in areas you never knew were even susceptible to all that.

Lastly, be prepared to poop your pants. Stormy weather can bring boat-capsizing waves, while the salty air can knock out your electronic communication systems. If you are far from land, the nearest help could be hours or even days away.

Ocean rowing: What you will need

Okay, so you read the above 600 words and feel like you are ready to row. Here’s what you’ll need.

Drogue and sea anchor: These parachute-like devices help stabilize the boat during storms and windy weather.

Very High Frequency Radio: A VHF Radio is the most important device for close-range communication with nearby vessels, and is the best way to ask a 300,000-ton tanker not to hit you.

Satellite Telephone: Can you hear me now? Satellite phones work, where your network coverage doesn’t.

GPS: I couldn’t even imagine driving to another part of town without one of these, let alone across an ocean.

Oars: It is recommended to bring several pairs as they can break along the way.

Reverse osmosis unit: Row boats do not have the capacity to carry cases of Evian. A reverse osmosis unit will help you make fresh water, so that you don’t need to resort to drinking your own piss, Waterworld style. Brining a spare unit is strongly recommended.

Fishing equipment: Do I need to explain this further?

Lights: So that you don’t get run over in the dark.

Repair tools and parts: Shit can brake. Make sure you know how to fix it.

Fire extinguisher: The last thing you want is to die the ironic death of being burned to death in the middle of a large body of water.

Waterproof storage: Waterproof plastic bags and containers are necessary to ensure the safe keeping of your vulnerable electronics.

Harnesses and life jackets: These will prove useful if you are ever knocked overboard.

Food: Freeze-dried foods make up the staple died of an ocean rower as they are easy to prepare and store.

For a more complete guide, check out this website.

In the North Atlantic, the best months for crossing are from May to late September.  If you are rowing from the Caribbean it’s best to go between November and April to avoid the hurricane season.

If you want to participate in one of the Woodvale challenges, check their website to find out when the next event is taking place.

Aqua man – Just so that we all understand the rarity of this feat. There have been about as many people that completed an ocean row as there have been in outer space! Outer space! That’s like, where the moon is! And Saturn! A little over 500 people, if you’re wondering. There’s almost that many gold medals awarded in each Olympic event. Therefore, according to logic you will be more glorious than an Olympic athlete. Take that Michael Phelps!

Pretty expensive, after purchase of the boat, equipment and race entry. The rates for participating in a Woodvale challenge are as follows:

While this adventure can be quite expensive, there are creative solutions to still be able to participate if the costs are outside your budget. Many contestants in the past have found corporate sponsors to cover significant costs. If you have the hustle, you could even flip this adventure for a profit.

1 thought on “Ocean Rowing: What You Need to Know If You’re Planning on Rowing the Atlantic”