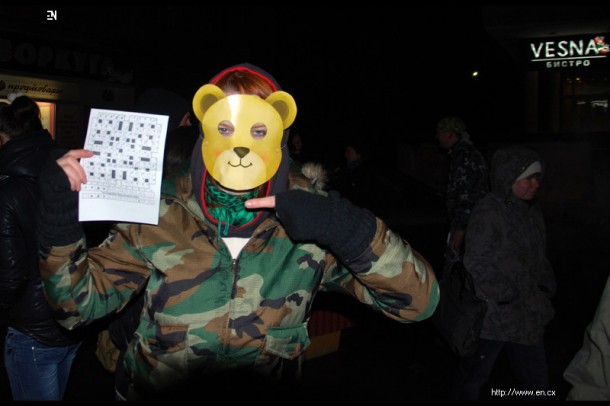 Eastern Europe is best known for its chess-playing bears, Trololo singers, and steadfast supply of movie bad guys between the years of 1960 and 1996. But, Eastern Europe has also been the place of origin to some of the most imaginative games on the planet.

Tetris, is another huge game to come out of Eastern Europe. Released in 1984, Tetris marked the first time in history men became interested in organizing and cleaning since women invented using sex as a way to get us to do things.

This rich gaming tradition continues to this day, being kept alive by the hands of men like Ivan Masliukov.

Masliukov, a 30-year old native of Belarus, is credited with being the inventor of Skhvatka (aka Quest, Combat, or Melee). The game resembles something of a night scavenger hunt. Skhvatka is a team-based game with players divided into a “command centre” and “field players”. The command centre comprises one or more players with internet connection that relay the missions they receive online to their field players. If the field players execute the mission correctly, they will receive/find the key/code that will reveal the next mission to them. The first team to solve all the missions is crowned the winner. 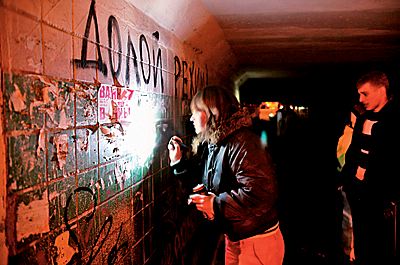 The missions can take several forms, such as:

Logic missions, which contain words similar to names of locations and famous landmarks. They can also appear as photos, maps, sketches, audio or video files. 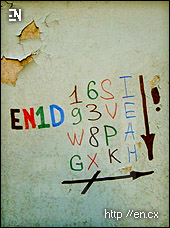 Searching missions, which require teams to find a key or a code, hidden in some location around the city. Usually these tasks are held at deserted buildings and desolate places.

Agent missions, which task competitors with finding an agent holding the key/code or with vital information to the key’s whereabouts. To get the agent to cough up the information, you will often times need to address the agent with the secret phrase relayed to them by the command centre, or by doing a special task for the agent.

Terror missions, which are designed to get players out of their comfort zone. To complete these missions you will likely need to involve an unsuspecting third party into the game. An example may be to find someone in the street with red hair and ask them to show themselves to a nearby agent. Another example may be to dial through a list of random phone numbers until the correct one is found.

The game is mentally challenging, and the fact that it is played through the night— often till dusk—makes it that much harder. However, when asked why they play, most enthusiasts say that it helps their life take on another meaning. The game is an exciting and adrenaline-filled game, which offers players a unique way to discover their city.

The first Skhvatka game was played in 2001, in Minsk. Today the game has expanded throughout most of Eastern Europe, and as far away as France and Israel. After a fallout with a corporate sponsor in 2004, and unable to retain the rights to the name Skhvatka, Masliukov created the brand Encounter.

Encounter has since grown to include several other scavenger-like games. One of the games, known as PhotoExtreme requires players to take photographs of unlikely scenarios. In PhotoExtreme, players logon online to receive a set of scenarios that they need to recreate as photographs. The first team to photograph all the scenarios is the winning team. Examples of scenarios could be playing chess underwater, taking a bath in the middle of a street, or being towed in an office chair by a police car. 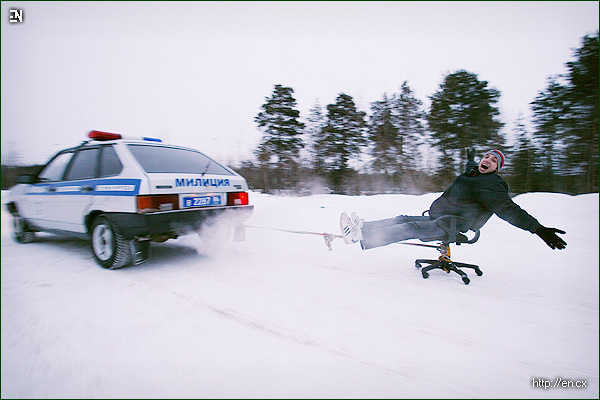 Games are held throughout the year.

The Nicholas Van Orton – Don’t let your life pass before your eyes. Get back that basic survival instinct by using your creativity and reasoning skills to solve fun and challenging street puzzles.

The official Encounter site with a video explaining the games (In Russian).  Check out Vilnius’ Encounter hub for an English version of the site.