As any rational person will tell you, the end is near. All the signs are there: the Mayan calendar is coming to an end, our geomagnetic field is getting weaker, Nibiru is getting closer, and perhaps the most telling sign of all, Hollywood made a movie about it. But just because we all may suffer a horrific and painful extinction in less than a year doesn’t mean we can’t have some fun until then. In fact, what better time is there to take out a 100k loan and see the world.

So, if you want to find a picturesque and meaningful destination to watch your death unfold, or are looking to maximize your probability of survival, consider the following adventures in 2012…

Uncover the Code of Ancient Aliens at the Pyramids of Giza 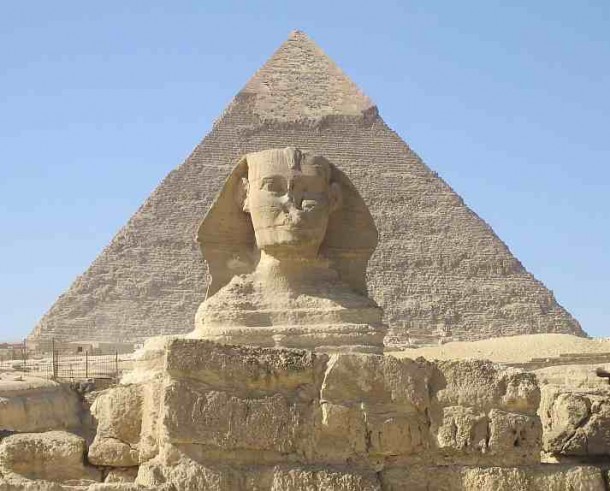 According to proponents of the ancient astronaut’s theory, extraterrestrials built the pyramids of Egypt. Using their advanced space-warping technology they traveled millions of light-years, descended using what presumably was some kind of molecule-bending braking system, put on their pressurized-climate-controlled space suits, then topped off this incredible feat of technological achievement by making a big sandcastle.

No one can say for sure why these advanced alien visitors were kind enough to build a few stone pyramids then pack up and leave us to start slaughtering each other for the next 2000 years over whose alien visitors were the true alien visitors. But, regardless of the reason why they came here, we know it must be true because the History Channel tells us so. And we all know that a reputable network that airs fine shows like UFO Hunters, Comets: Prophets of Doom, and The Bible Code: Predicting Armageddon wouldn’t put on just any bullshit simply for the ratings.

So, what does this have to do with 2012? Well, according to various “scientists”,

a complete timeline for the evolution of humanity spanning the last 4000 years and extending 1000 more into the future, is written, in stone, directly into the internal passages of the Great Pyramid. This is not written in words, but rather through the use of a comprehensive numerological system. Understanding this system may at first seem difficult, as it is not a “typical” way of doing things, but the method is quite internally consistent and extremely mathematical and logical. [1]

According to this calendar, 2012 marks the end of the “Phoenix Cycle” of our galactic orbit. Some theorists predict that 2013 will be the dawn of a new era of human consciousness, presumably one with more people playing hacky sack out of their Priuses.

Still not convinced? Bring a backpack of measuring instruments so you can reassure yourself that aliens built the pyramids. As this rather authoritative looking source suggests, here are a few things you should do on your visit that will completely blow your mind…

Grab a compass…look at the Great Pyramid…notice how it’s lined up with the magnetic North Pole…you think that’s just a coincidence bro? Nah, check this: come back during the summer solstice, yo….see how the sun is setting right between the two pyramids? HOW LIKELY IS THAT?…Aliens brah…aliens. Now pull out your map of the pyramids and your telescope…look out at Orion’s belt…now look at your map…you see how the pyramids are in the same position as the three stars….COINCIDENCE??? Okay brah, take out your tape measure and measure the perimeter of the Great Pyramid…now divide it by two times the height…what do you get? You get pi brah. That’s how you know it’s aliens!

Find the Alien Garage at the Pic de Bugarach 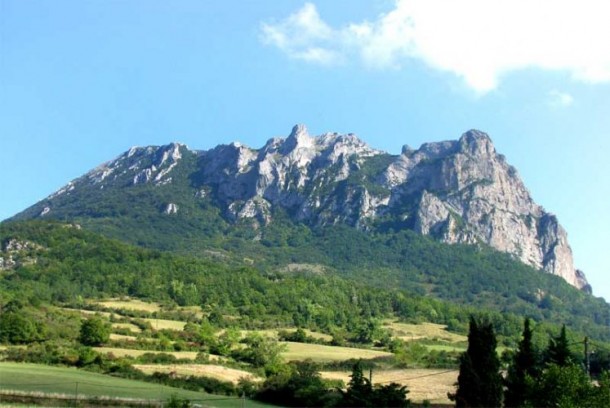 Sometimes you strike oil, other times you strike “crazy”. Nobody knows this better than the villagers of Bugarach. With a population of around 200 people, this quaint little commune wouldn’t be in the spotlight too often if it wasn’t for its close proximity to the Pic de Bugarach. The Pic de Bugarach is the highest summit in the Corbieres mountains, which is not that impressive given that the summit is not even the highest point in France.  But what is truly extraordinary, is that the Pic de Bugarach is a genuine UFO garage. Yes, somewhere in the caverns of the mountain lies a dormant UFO, housing alien beings waiting to leave the earth on December 21, 2012 with a select few humans escaping the end of the world.

Many believers have already begun checking out the scene, pushing the number of tourists visiting the area to an alarming rate. The arrival of these tourists has become such an issue that the mayor of Bugarach has threatened to call in the army.

While the site of 200 terrified Bugarachans trying to defend themselves against an onslaught of 10,000 pony-tailed tourists dressed all in white may seem funny to you (and everyone else), the mayor assures us that it’s no laughing matter.

If you’re going to try and ride out the end of existence at Bugarach, you won’t be alone. Because many believers have already started making arrangements you should be able to find shelter at somebody’s yurt or makeshift hut. When they question you if it’s really necessary for you to be eating all their food so fast, tell them they’re not being loving and spiritual enough. You’ll have no trouble climbing the mountain if you take the gently sloping “voie de la fenêtre” route. When summiting the Pic de Bugarach, don’t be surprised if you run into a ceremony of some kind. The mountain holds spiritual meaning to various esoteric groups, so be prepared to see things you’ve never seen before…man. 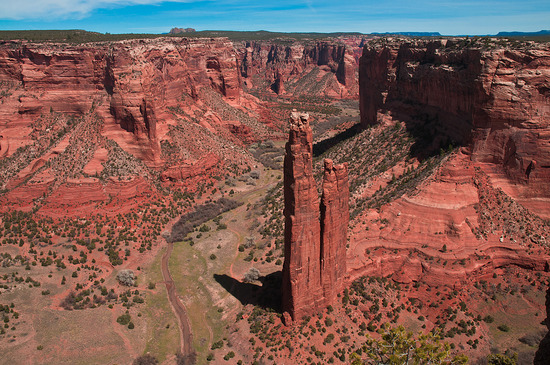 As Navajo legend has it, the 800-foot Spider Rock in Arizona’s Canyon de Chelly National Park is the birth of civilization on earth. According to the legend, when the Navajo people rose from the underworld to our dimension, the world was full of blood-thirsty monsters hungering for human flesh. But one of those monsters loved the humans; her name was Spider Woman. Perched on top of Spider Rock, she defended the humans from all other creatures and misfortunes. Because she preserved the Navajo people they declared Spider Woman as their holiest deity and Spider Rock as her sacred home.

In the spirit of Spider Rock’s rich mystical tradition, it is also considered to be one of Sedona’s energy vortexes. According to this site:

Some 2012 believers think that Spider Rock will be the starting point of a new dawn in human civilization. We have a nagging suspicion that tambourines will be involved.

Celebrate the End of the Mayan Calendar in Guatemala 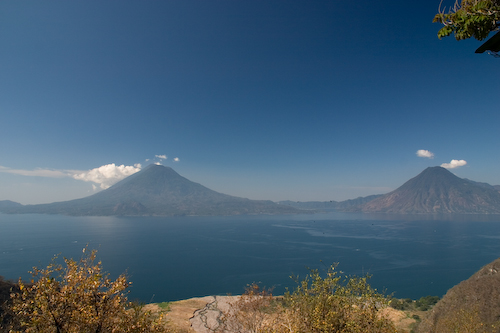 And now, on to the granddaddy of 2012 doomsday scenarios: The Mayan end of the world prophecy.

The Mayans had a different calendar than the one we are accustomed to. Instead of using one-year cycles like the Julian calendar, the Mayan Long Count calendar would complete one cycle every 5,215 years. December 21, 2012 will mark the end of the fourth cycle of the Mayan calendar, leading many believers to the only logical conclusion that the end of the world has arrived.

Though it’s not clear whether the Mayans considered 2012 as the end of times, or if they would have just taken a week off and celebrated by consuming luscious gold-laden chocolate (they had a lot of chocolate and gold), we’re still going to Guatemala to check out the home of Mayan civilization (again, because of the chocolate and gold thing).

Guatemalan Adventures, a local tour company, offers a tour package called the 2012 Mayan Prophecies Tour, which will take you on a journey back in time to see what the Mayans saw in their heyday. As part of the tour, you’ll get to visit Lake Atitlán– one of the most beautiful lakes as it is situated next to an active volcano. You’ll also get to be part of Mayan ceremonies and visit the Temple of the Great Jaguar at Tikal.

See the End of the World from Outer Space 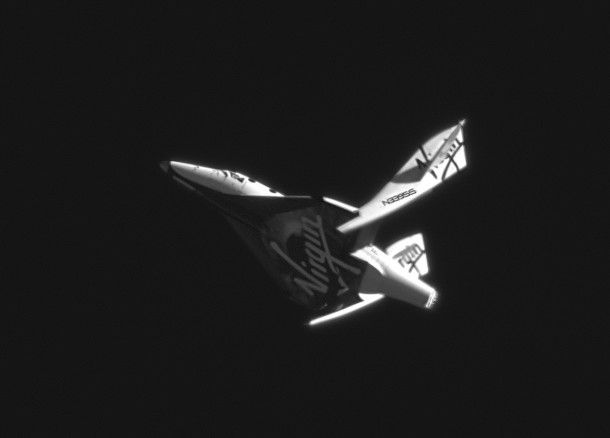 Should the world come to an end in 2012, we know where we want to be when it happens: in the thermosphere, sipping martinis. The good news is that for $200,000 you can be there too—a pretty good deal considering the fact that you’ll never need to pay those $200,000 back once you return to the remnants of civilization in 2013.

The journey starts from the moment a deposit is paid with membership of perhaps the world’s most exclusive club with privileged access to all aspects of the project as it progresses. From Astronaut Forums with Sir Richard Branson on his Caribbean island home or his South African game reserve to opportunities to tour Scaled Composites, upon making such arrangements and relevant authorization, to see for real the new vehicles under development. All our future astronauts of course have VIP invitations to media events to mark major milestones.

The other perk of being tight with Richard Branson is that you can sway him into unlocking unlimited anytime minutes on your cell phone plan–because we all know that sh*t can get expensive.