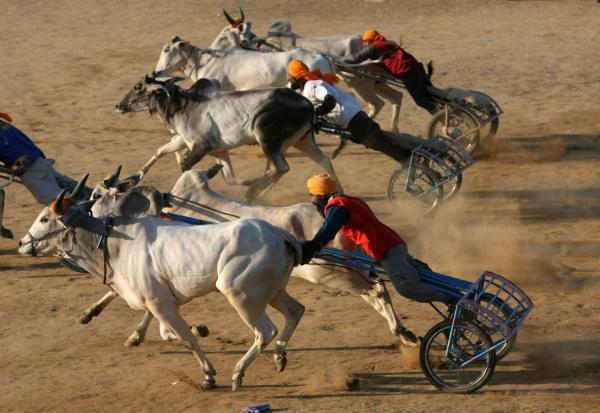 There are countless experiences that can be had in India. From the spiritual to the adventurous and even to the most bizarre, India has everything to offer the discerning traveler. Listing all the crazy adventures India has to offer is an exhaustive task and virtually next to impossible. However, for those looking for a unique India experience, even when traveling with kids, here is a starter list of the top 10 offbeat things to do in India.

Contents hide
1 1. Snorkel with an elephant
2 2. Watch the Rural Olympics in Punjab
3 3. Attempt the Chadar Trek
4 4. Watch The Ramlila of Ramnagar
5 5. Wind through the Zuluk Loops
6 6. Try boating in a floating lake
7 7. Rappel a waterfall in Vihigaon
8 8. Stay in a treehouse in Kerala
9 9. Visit Bhangarh
10 10. Go on a rickshaw road trip in Chennai

1. Snorkel with an elephant 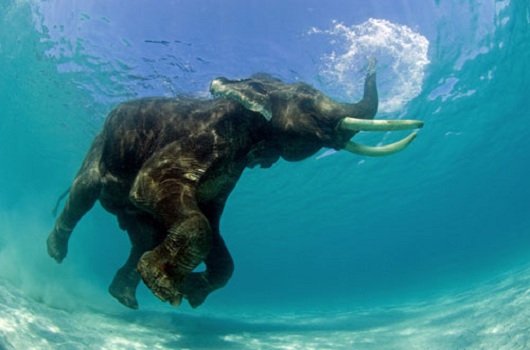 No, that’s not a typing error. You read that correctly. In India, you can actually go snorkeling with an elephant. Havelock Island in Andaman has a resident elephant by the name of Rajan. Rajan can swim underwater. You can take an underwater tour with Rajan and watch his antics while enjoying the rich marine life of the region. The challenge in this adventure is trying to get your eyes off the elephant for long enough to enjoy the exotic marine life the island has to offer.

2. Watch the Rural Olympics in Punjab

If you’ve ever watched the Olympic Games closely, you would have noticed that most events are pretty basic in nature. Be it long jump, high jump, running etc., they are very basic sporting events. In Punjab though, it gets even more basic than that, and rustic too. Each year, sometime in the months of February and March, Kila Raipur in Ludhiana comes alive with its own version of the Olympics. Teams from all over Punjab come to show their strength and gusto. There are about 50 rural events in the competition, which include tractor pulling, bullock cart race, mud wrestling and a lot more. If you thought the games must happen on a very small scale, you couldn’t be more wrong. Even Canadian teams participate in these events.

You may have gone on lots of treks, but the Chadar Trek in Ladakh is truly different. There is no other trekking trail in the world that takes you over a frozen river. Yes, that’s right. During the winter months, when the Zanskar River is frozen, locals use it as a route to travel to the town of Leh. Chadar Trek takes you on a journey through a frozen river, almost giving you the feeling of doomsday. Calling it a magical experience would be an understatement. Read more about the Chadar Trek here.

4. Watch The Ramlila of Ramnagar

A Ramlila is a Hindu folk play that is staged annually as part of India’s Navarati festival. There are quite a few places in India that are famous for their Ramlila, a case in point being the Ramlila at Ramlila Grounds in Delhi. However, nothing can match the charm of Ramlila at Ramnagar. This small town in Benaras hosts one of the oldest Ramlilas in India every October. The Ramlila at Ramnagar is more than a century old. And despite all the advances in technology, nothing has changed much at Ramnagar ever since Ramlila was started here in 19th century. The best part about the whole experience is that you get to see the theatrics with scores of sadhus (wandering monks), all dressed in their usual saffron clothing.

5. Wind through the Zuluk Loops

The Zuluk Loops in Sikkim once formed an important part of the ancient Silk Route. Today, they form an important part of the adventure landscape of India. As the name suggests, the trail is looped almost like a nylon rope strewn about the local mountains. Take a cycling trip on the Zuluk loops. It is pure fun as you make your way through the meandering road and feel the clean fresh mountain air, though you may get a little dizzy at the end of the journey with all those crazy twists and turns.

6. Try boating in a floating lake

Located in the Northeast state of Manipur, Loktak Lake is regarded as the only floating lake in the world. However, it’s not the lake that moves, but the extensive islands of dense vegetation that dot the lake. But when on the lake, it may seem like it’s the lake that is moving. Be sure to take a boat ride on Loktak Lake and explore the beauty of the place. There is also a national park located close to the lake where you can go bird watching and animal spotting.

7. Rappel a waterfall in Vihigaon 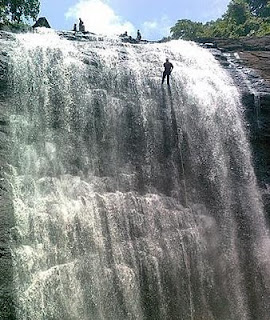 Forget plain ol’ rappelling and try waterfall rappelling instead. It is 10 times as adrenaline-pumping as your usual rappelling down a rock. Rappelling the waterfall will surely make you feel like James Bond hanging on for dear life after an evil Russian mastermind opens the gates of his private dam. Vihigaon may be a small village but it is fast turning into a tourist attraction because of the waterfall rappelling experience. The place is a must visit for all the adrenaline junkies out there.

8. Stay in a treehouse in Kerala 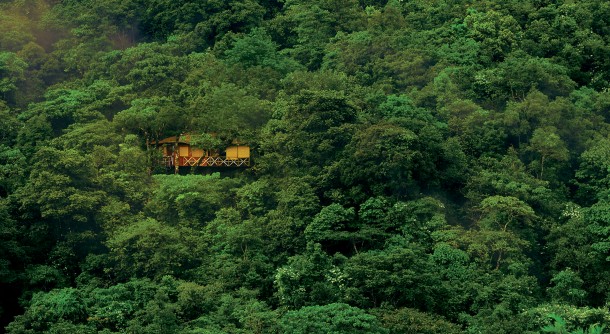 Most of us have seen it in cartoons and movies. And most of us have dreamt at least once of having our own treehouse. While you probably shouldn’t take it home, you can of course enjoy a stay in a treehouse in Kerala. During a trip to God’s own country, stay at Vythiri Resort, which has some of the world’s most amazing tree houses that manage to feel both luxurious and natural at the same time. It is a whole new experience staying in bird territory, perched high above the ground. And certainly quite different to staying in a houseboat on the rivers of Kerala.

If you enjoy thrillers, you will probably enjoy a visit to Bhangarh. It is the scariest town in India, with entry to it barred after dark. Bhangarh is a ruined city that lies in the Alwar district of Rajasthan. It is believed that the Bhangarh Palace is haunted and anyone who visits the place after dark will not return. Locals have reported strange sightings and noises in the ruins. You cannot visit it after dark since the doors to the city are locked in the evening. However, you can take a trip during the daytime and hear spooky stories from the locals themselves.

10. Go on a rickshaw road trip in Chennai 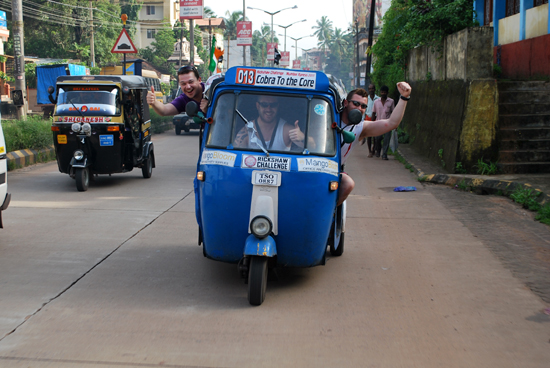 In the last few years, the concept of road trips has really caught on in India. However, going on a multiple-day adventure by rickshaw is taking this trend to another level.  Chennai-based event planning company, Chennai Event Management Services, organizes regular rickshaw road trips for anyone with a taste for adventure. There are several routes being offered, but the route that started the rickshaw craze is called the Classic Run: a 10-day journey that takes you through the exotic Indian countryside of Tamil Nadu.

1 thought on “Top 10 Offbeat Things to Do in India”