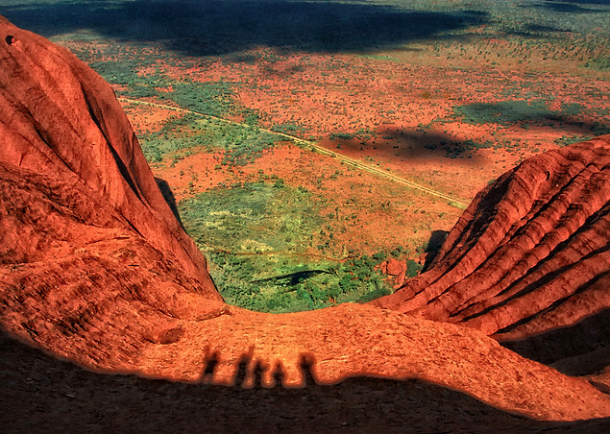 Some say that if you haven’t been to the Red Centre, spread over the bottom half of the Northern Territory, you haven’t seen the real Australia. And many Australians haven’t. This is desert country – uncompromisingly harsh and spectacularly awesome at the same time. If you’re coming up from the coast, it definitely feels like a different country, too, full of red earth and different smells in the air. A total must-see, if you can fit it into your Australian itinerary. 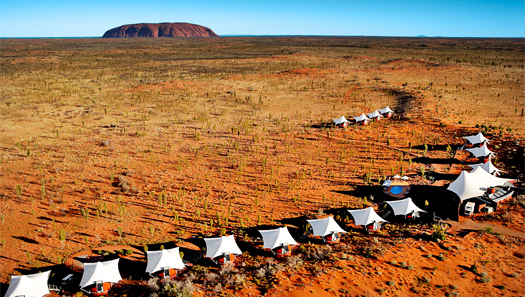 The Ayers Rock Resort, situated a respectful distance from, but within a view of, Uluru, has its own airport nearby, with shuttle buses taking visitors to the various hotels on site. Many choose to rent a car while here, which is definitely a good option if you wish to explore the natural jewels spread throughout this region’s stunning landscape in your own time (mini buses make regular trips as well). Make sure you book your car in advance though, as stock is limited and less expensive options are likely to have been leased out when you arrive. The resort is cleverly set up with hotel and hostel options from posh to basic, to fit everyone’s budget. There is a grocery shop on site, as well as a few souvenir and boutique shops with prices inflated according to their where-else-are-you-gonna-go status. The resort offers plenty of tours to local sights, as well as star-gazing, camel rides, romantic ‘Uluru sunset’ dinners and cultural evenings. There are a few restaurants and bars to choose from as well, and you should be kept fairly busy here over a weekend.

Getting up at 5 o’clock in the morning is quite a common occurrence amongst visitors, and if you’re game, you’ll see many of them trotting with their travel tripods up to the several lookouts around the resort, just to catch the first glimmers of light hitting the Big Rock. Sunrises and sunsets can be a rather impressive spectacle here, and it’s truly unbelievable how many times Uluru changes in color in only a short space of time. The additional benefit of getting up at such an early hour is seeing all the wildlife come out to feed, including parrots, rabbits and, sometimes, kangaroos. If you’re lucky and are here during a rainy day, you’re likely to see a rainbow over Uluru and several forming over the nearby Katja Tjuta rock formations, informally known as the Olgas. Both sites are sacred aboriginal ground and it is definitely worth taking a tour of them with a local guide or park ranger to find out more about them from the indigenous point of view. They are also a famous energy power spot on Earth, so there are  alternative tours available, if you’re interested in this side of things. 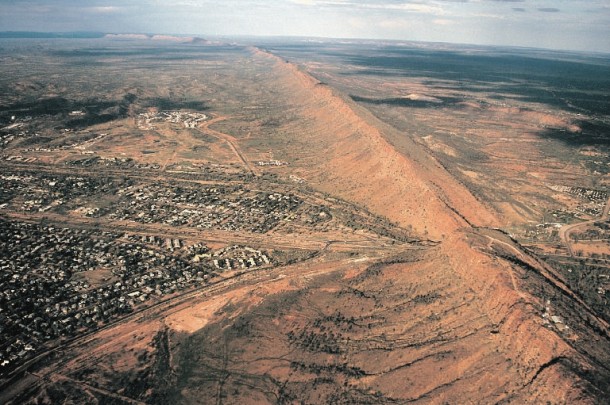 Another way to see Uluru is to fly into Alice Springs and take the rather exhausting bus day trip from there. It’s a good option for those who wish to explore Alice and have limited time on their hands. Alice has a different character from the capital cities of Australia, both due to its isolated location and the melting pot of cultures residing there. This sometimes leads to conflict, and crime rates here are higher than in many other tourist destinations, so it’s best to keep your wits about you and not venture out alone at night. Infamously, Alice is close to the Pine Gap underground American military base, which continues to attract local protesters and conspiracy aficionado’s interests alike. On the other hand, the social and cultural challenges that Australia faces are plainly visible here, so it is an eye-opening experience to visit the place.

Patricia Bieszk+ is a freelance writer and an European ex-pat who came to Australia and never left. You have been warned!