Steven Moffat has ruined a lot of summers this year. After writing a seriously gripping season of Doctor Who that left most fans scratching their heads, he also managed to raise more questions than he answered in the season finale. And let’s not forget that crazy pocket watch! With no more episodes until November (and the highly anticipated 50th anniversary special), it’s going to be a very frustrating few months for all the Dr Who-aholics out there.

Thankfully you don’t have to wait until winter to get your Doctor fix. Summer is the perfect time to visit Cardiff and London, home to some of the most iconic locations from the show.

The Doctor has been visiting London for business and pleasure for years. Some of the city’s most famous sights have also been spotted on the show; Buckingham Palace narrowly averted disaster in the Voyage of the Damned, and Trafalgar Square was infested by Daleks back in 1964. 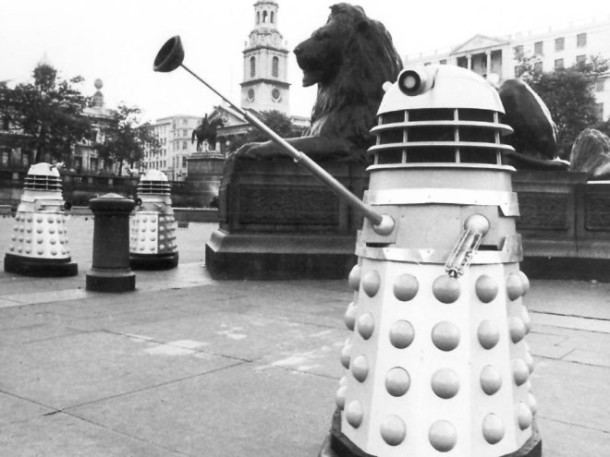 In fact, if you love Doctor Who villains, London’s probably the best place to see some of their favourite hangouts. The Thames Barrier was home to the Empress of Racnoss, the London Eye was used by the Nestene Consciousness to control their autons, and Battersea Power Station was the perfect base for the Cybermen when they wanted to turn the human race into cyborgs.

Oh, and don’t miss out on a wander round Canary Wharf: the backdrop to the famous Doomsday episode where the Daleks fought the Cybermen. The British Film Institute is holding special monthly screenings, Doctor Who at 50. They sell out very quickly, but if you’re lucky you could get a ticket to the 29th July screening of Remembrance of the Daleks.

It only makes sense that you should wrap up your Doctor Who tour in Cardiff. Since the doctor blasted back onto our screens in 2005, most of the show has been filmed in and around the Welsh capital.

If you don’t have a car, never fear, as there’s a four hour bus tour you can take around the top locations. Catch it from the Wales Millennium Centre in the middle of Cardiff on Wednesdays and Saturdays at 12:30 and 2:15pm. The tour takes in Amy Pond’s village, the church where Donna Noble tried to get married, and the graveyard where Clara Oswin Oswald is buried. There are also plenty of tidbits, factoids, and trivia to keep you entertained; well worth the £20 price tag. 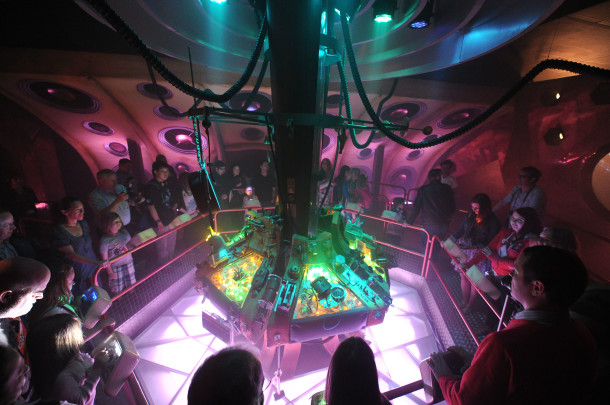 You can’t visit Cardiff without popping into the Doctor Who Experience at the BBC Studios in Cardiff Bay. The interactive exhibition lets you unleash your inner child and live out your dream of being a companion as you help the Doctor fight off Cybermen and Daleks. You even get a shot at flying the Tardis.

After the experience is over, there’s a museum full of costumes, sets, and behind the scenes secrets. It’s the perfect day out for fanboys and fangirls.

Which Doctor Who locations do you most want to visit?

Clara Baldwin is a life-long travel addict. She freelances in travel writing to fund her adventures across the globe.