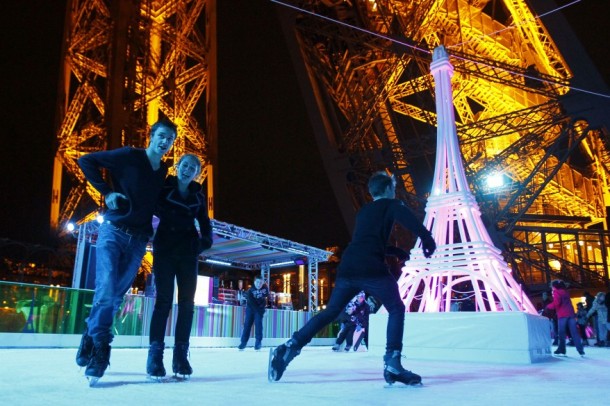 Here at The AdvenTourist, we normally try to avoid writing about famous landmarks, structures, or monuments. We have the same feelings toward them, as we do toward our pet turtles. There’s a spot for them in our hearts, but they are pretty useless and boring.

Landmark owners understand this, so they will do just about anything to make their spot more tourist-worthy. As a general rule, they look for inspiration in the way their nine-year-olds personalize their Crocs, by adding tacky decorations and lighting effects. Admittedly, like with the Crocs, some of these effects and decorations are impressive; other times the decision makers go overboard and create something completely insensitive, often impractical, and in every way AWESOME! (Like letting you shoot a bazooka on your tour of Cambodia’s killing fields) 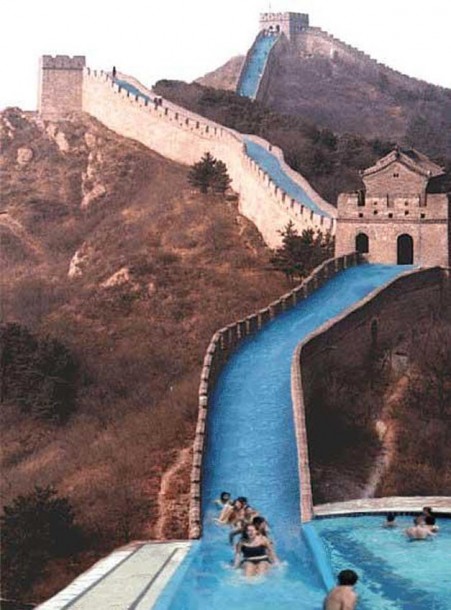 The Eiffel Tower ice rink is a good example of an impractical (and AWESOME) modification. 188 feet (57 meters) above the ground, the ice rink is exactly what the first level of the most-visited paid monument in the world did not need.

Nor was there really room for it. The rink is 2,150 square feet (200 square meters), and can accommodate 80 skaters at once. And while that sounds like a lot, in reality that’s like having 13 hockey teams with 2 referees play on an area smaller than a tennis court!

Still, as far as monuments or skating rinks go, this is by far the coolest idea! Not only will you see some picturesque views, you’ll also be skating on the first interactive ice rink. Interactive like the live wallpaper on your android, not like your downstairs neighbor when you put on your Best of Nickelback album.

You might be surprised to learn that this iconic structure wasn’t supposed to be around today. Unlike The Statue of Liberty, which came out of France at around the same time, the Eiffel Tower was meant to be a temporary structure. Chances are you’re re-reading that last part in surprise. And, it’s probably not over the fact, that the Eiffel Tower wasn’t dismantled in 1909, but from your discovery that The Statue of Liberty wasn’t made in U.S.A. at all!

Well, it wasn’t. So when you remember that time you demanded freedom fries with your hamburger, keep in mind that America’s most recognized symbol for freedom and democracy was made in France. And now, it proudly stands as a reminder of your rights and freedoms. 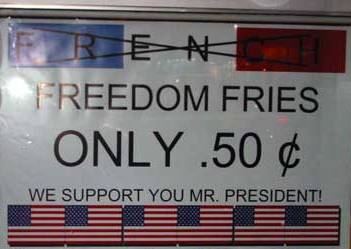 It may interest you to know that the frame inside the Statue of Liberty was engineered by Alexandre Gustave Eiffel. Our less intoxicated readers will recognize the name as that of the person that designed and engineered the Eiffel Tower. This means that the tower in Paris is pretty much the Statue of Liberty with her clothes off. Skating on the first level is like going up-skirt Lady Liberty herself. So, if you want your date to help you damage some hotel walls with your bed’s headboard, you’re not gonna find a more suggestive place to set the mood. Keep in mind however, that it’s a 300-step climb to the first level, so pace yourself.

A strong motive for Eiffel Tower’s skating rink was to increase interest in Paris’ bid for the 2012 Summer Olympic Games. Although London won the bid, Eiffel Tower kept the rink open due to strong public demand.

The rink is open during most of Eiffel Tower’s regular operating hours from December to the end of January or February (weather permitting). Over a thousand people skate the rink every day so you’re not going to be able to avoid a line-up. Instead of trying to beat the crowd, you should go at a time you would enjoy most. One suggestion is to go in the late afternoon, when you can catch some day and night views of the Paris skyline.

R/C Car Racer – While your friends say out loud that playing with kids’ toys is a waste of time you’ll see in their eyes how desperately they wish to be that fun-loving kid you got to be!
Extra bragging points if you:

Check out the official site here, to learn more about the Eiffel Tower ice rink.

3 thoughts on “Skate the Ice Rink Atop the Eiffel Tower”