Australia is a land which seems the most removed from the worldly affairs (except, maybe, New Zealand) and since it is so far away from the focus of attention, it is logical that the people there do not follow the same rules the rest of the world does.

Of course, you should not expect to run into cannibals eating each other on the streets, but there are some social rules that are quite different than in England or USA. Also, the natural habitat is a bit different, and this has also influenced a change in thought and actions for the Australian citizens.

So, without further ado, here are some things that you definitely need to know when it comes to visiting Australia.

Like every other nation, the Australians have a few ‘customs’ which you should know, so that you don’t leave an impression of someone who is rude and impolite.

Let’s start with how to make a proper first impression.  Since Australians are considered to be extroverted and open people, it is important that you greet them in a similar way. The classic ‘G’day’ is getting overused by tourists, but you should definitely greet them with a firm handshake and a smile on your face. If you feel like making small talk, you will be more than welcomed. But do not force it, as it will be obvious and counter-productive.

If you are going for a business meeting, keep in mind that you might have to wait five to 10 minutes. Even though being a few minutes late isn’t the end of the world, you should try to be punctual and earn extra brownie points. 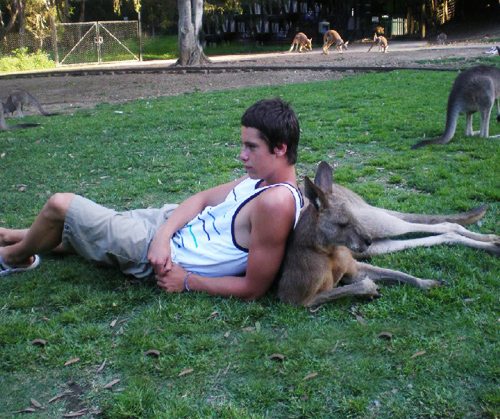 Further down the line

Giving out a good first impression is only the beginning. There are other everyday situations that you have to be mindful of.  For example, only a few outsiders know that a single passenger in a taxi is supposed to ride in the front seat, next to the driver. Otherwise, it is considered offensive. Taxi drivers usually have nice conversational topics, so this shouldn’t be a problem.

As equality is something that people of this land are proud of, it is considered offensive to proclaim in any way that you are better than someone else.

Hyping your personality, your company or anything else on the expense of someone else is considered very rude. This does not mean that they are not competitive people; it just means that you do not have to rub your successes into everyone’s noses.

Should you happen to be in a bar and go through rounds of drinks with mates, you should not ask to split each bill. Instead, wait for your turn to order a round. Everyone will get a chance to order a round for the whole gang and, if you want to blend in, you will do the same. This custom is referred to as taking shouts.

The Cost Of Accommodation

Current exchange rates notwithstanding, Australia is a very expensive country to travel in. Especially when you compare it to more affordable places like the USA, South-East Asia, and a lot of Europe. So, when you travel to Australia it pays to be on the lookout for the most affordable options available.

If you are on a budget, then hostels are one of the best options to save a penny. Of course, this works best if you are still quite young, so older travelers might want to go for something a little more private.

That is why I wholeheartedly recommend options like Airbnb when traveling to Australia, especially in the more expensive bigger cities like Sydney, Melbourne and Brisbane. Airbnb gives you a lot of choice, from a room in a house to a whole apartment for yourself. It just depends on the location, how many places are available, and of course the time of year you travel.

Australia is huge! As there is a lot of desolate land, it can be a bit difficult to get around with a car. If you want to go from Brisbane to Perth, it would take you almost two full days of driving, as the distance between the two cities is well over 4000km (over 2500 miles).

It might be a lot smarter to take a plane. While the latter two options might be a bit less expensive, the amount of time that the airplane ride saves cannot be compared to a few extra dollars spent on plane tickets.

And lets face it, traveling by plane is far more convenient than driving, or than traveling by bus is. And really, it might not be as expensive, especially if you fly often and are a part of the frequent flyer mile club, as then you can enjoy benefits such as a per-flight private airport lounge offered to Virgin Australia passengers, or benefits of their frequent flier club like preferential seating, priority boarding or complimentary baggage space.

Hopefully, this advice will prepare you for visiting Australia. If you do not remember all of this, do not worry. As I said, Australians are open people, so be relaxed, take it easy and you will be just fine. There is nothing to be afraid of,  unless you run into angry kangaroos that is. If you do stumble onto one of them out in the wild, take my advice – turn around and run as fast as you can!

Mark is a family man above all. He loves his wife and children, and enjoys hosting people from all around the globe in his home in Brisbane.