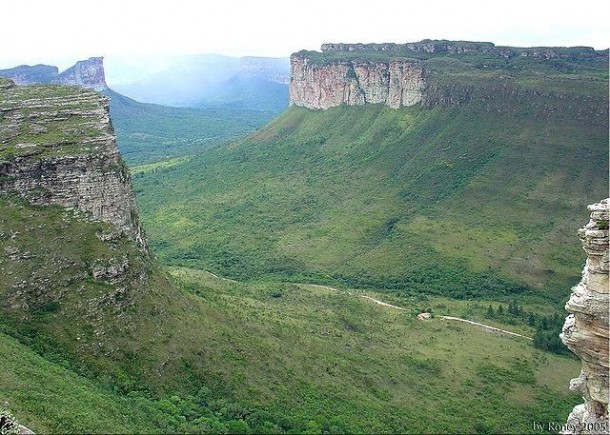 Brazil can be hard work. All those miles of golden beaches, the palm trees swaying in the tropical breeze, the ice-cold beers and endless caipirinhas… It takes it out of a guy, really, it does. As you watch the sun sink into the ocean after yet another day in paradise, something deep inside you yearns to break free of your coconut-scented chains and scream “I am man, hear me roar”. Or something like that.

And that’s why I ended up on a slightly ramshackle bus heading up into the hills to the north-west of Salvador de Bahia, the fabled Chapada Diamantina. These days there are regular flights to the area and anyone taking a shorter holiday in Brazil is well advised to take the plane, but going back a few years ago, it was the bus or nothing, so I was able to watch the Brazilian countryside drift by as we left the coast behind. Until the bus broke down, that is. I must stress that Brazilian buses are generally pretty good, but the mate I was travelling with insisted without fail that we find the cheapest possible company to go with, and therefore I spent more of my holiday in Brazil than I care to remember sitting in lay-bys playing cards with Israeli backpackers.

Eventually the bus limped into Lencois, the capital of the Chapada Diamantina. When you’ve seen Lencois, ‘capital’ is not a word that immediately springs to mind. The town at once managed to pull off the neat trick of seeming both small and deserted, although the small dog that yapped at us as we got off the bus certainly seemed pleased to see us. In fact,  Lencois is both smaller and less-populated than it used to be. During the late 19th and early-20th century this was a rich and busy mining town, and a magnet for immigrants, particularly from the Lens area in France – hence the name. Lens itself is more famous for coal mining, but here they were mining something rather more valuable – diamonds!

Now, however, the diamonds are all but gone, and although Lencois has some lovely – if slightly crumbling – colonial mansions and a gentle, calm atmosphere, it seems unlikely to recover its former importance. Mining only finally came to an end in the 1970s and now many former miners have retrained to tap the new seam of wealth in the Chapada: travellers. We ended up having a chat with a guy called Leandro who had worked as a miner for years and now earned his living taking people on holiday in Brazil trekking in the Chapada Diamantina. Even by Brazilian standards, he was very laid-back, and initially it seemed like he wasn’t that bothered about working at all. Once we explained that two girls would be joining us tomorrow, and that, no, they weren’t our girlfriends, he perked up noticeably and began to seem positively enthusiastic about heading out later that week…

So it was that the five of us set out two days later up into the hills. Within just a few hours we were out into the Chapada Diamantina proper, and I can say without doubt that this is one of the most dramatic landscapes I have ever seen in my life. ‘Jurassic Park’ is always the phrase that people use to describe it, and the epic scale of the scenery that conjures up is not far wrong. Huge cliffs face each other across vast canyons, with vast plateaus of scrubland on the top and in the valley bottoms. And this goes on for miles, and miles, and… well, you get the picture. 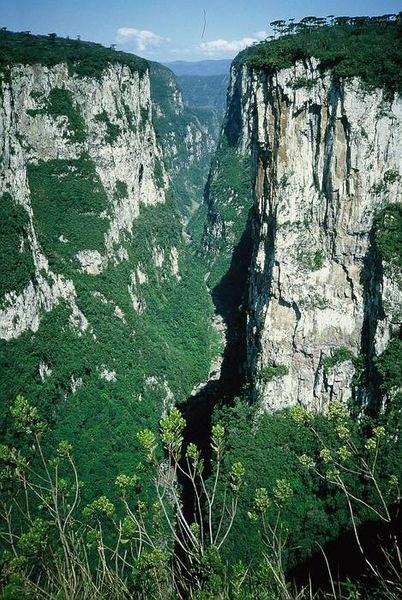 However, as with many things in life, it can be the small things that make a difference. And what’s even more wonderful about the Chapada is that this vastness conceals any number of hidden secrets. When I think back to that trek, I certainly remember the landscape as a whole, but some of my fondest memories are of the waterfalls hidden behind a curtain of trees, or of turning a corner to find a natural swimming pool formed by a widening of the river –a perfect end to a hard day’s trekking. There were quite a few of those, come to think of it. It’s almost like Leandro wanted to get the girls into their swimming costumes. He wouldn’t have based the entire route of the trek around that, now would he?

It was at one of these natural pools where we saw, for the first and only time, Leandro actually look vaguely concerned and move at anything other than a Fonz-like pace. Having roundly laughed at us for worrying about spiders, snakes, and the various other things that can kill you in Brazil, it was almost funny to watch his face drop when we asked him whether the snake currently swimming through the water straight at him was harmless or actually a coral snake. Turned out it was harmless but I swear the water in that bit of the pool turned slightly yellow. 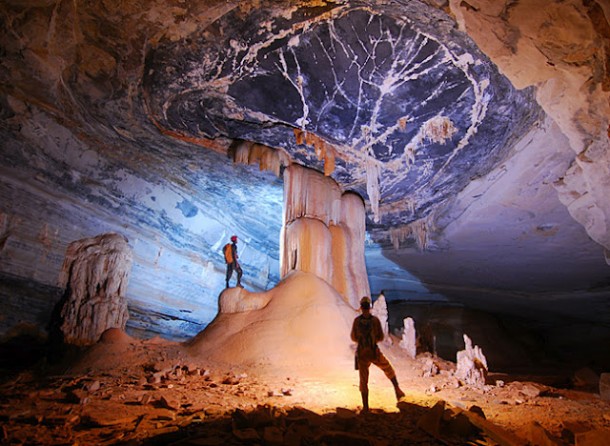 We eventually did make our way back to the coast, and even in Lencois it was hard to get away from good beer and caipirinhas, but trekking in the Chapada Diamantina is still hands-down one of my favourite memories from my holiday in Brazil, so if you can squeeze it into your Brazil holidays then I urge you to do it. Hell, you can even fly there now and I even hear Leandro got married. I can’t see it lasting.

The best time for trekking in the Chapada Diamantina is the dry season, between April and October. To enjoy the rivers and pools at their best, sometime in May or June would be perfect.

The Caveman – Although you can sleep in tents on these treks, if you’re hard you can bring out your inner Fred Flintstone and just sleep in a cave. Yes, a cave: how many of your mates have done that?

It depends how you get there, and how long you trek for, but a basic trek for 3 days would start from around $500 per person.

Dan Clarke spent a year travelling in Brazil and South America, trekking, climbing and enjoying the odd caipirinha now and then… He then returned to the UK to work for Real Brazil Holidays, Britain’s leading specialist for tailormade holidays in Brazil.

2 thoughts on “Jurassic Park! Trekking in the Chapada Diamantina”