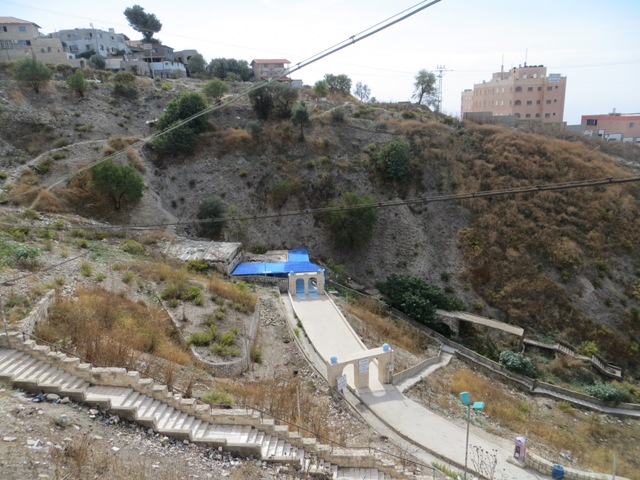 Safed, a small city in northern Israel is known as the “City of Kabbalah.” Safed’s reputation as the City of Kabbalah — one of Judaism’s Four Holy Cities — was established 500 years ago when the great Kabbalists of the Middle Ages studied, wrote and disseminated Kabbalah — Jewish mysticism in Safed.

Kabbalah study originated during the period of Roman rule in Israel. Jews believe that Kabbalah has always existed, hidden amongst the texts, words and even letters of the Torah. In the second century, C.E. Rabbi Shimon Bar Yochai, a Talmudic scholar, was forced into hiding to escape a Roman death decree. Together with his son, Elazar, Rabbi Bar Yochai hid in a cave in northern Israel and during that time, according to legend, he and Elazar were privileged to receive the secrets of Jewish mysticism through divine inspirations.

After the decree against Rabbi Bar Yochai was revoked the rabbi traveled through the region teaching Kabbalah. After his death he was buried on Mt. Meron in the northern Galilean hills. This ensured that the region would forever be associated with Jewish mysticism and spirituality.

During the 16th century the Spanish Inquisition exiled Spain’s Jews, thelargest Jewish community of that era. Spain’s Jews fled to different regions and many of the great scholars of the period, including the Kabbalists, settled in Safed.

Today the Safed Jewish community numbers approximately 35,000 people. Only a small number of these residents are involved in Kabbalah study but the discipline continues to be studied and observed in the city. There are a number of adventures available to visitors who want to experience Kabbalah in Safed. 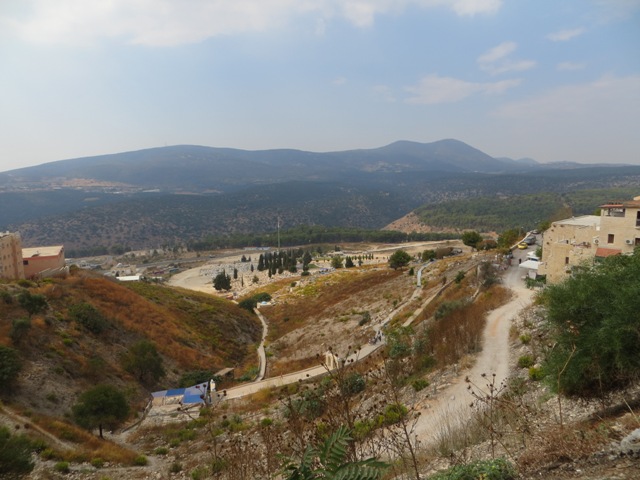 Meditation and Hitbodudut: The Hassidic philosophy is built on the basis of Kabbalah. Hassidism teaches that worshiping God doesn’t have to take the form of Talmudic study, but can be accomplished by actions which demonstrate a willingness to serve God through joy and love. Contemplative and reflective meditation is a cornerstone of this philosophy in which people are encouraged to look within themselves to find and serve God.

Some Hassidic groups, including the Breslov Hassidim, engage in a practice called “Hitbodudut” in which they seclude themselves in nature to contemplate, reflect and pray. The Breslov Hassidim have a large center in Safed and many adherents of the Breslov Hassidic community walk into the forests and fields around Safed to engage in “hitbodudut” — seclusion. These sessions can last for a few minutes or a few hours, but the goal of hitbodudut is to integrate the sense of renewal back into the individual’s personal, family and community life.

The Ascent Institute of Safed offers classes, seminars and other activities and events that allow visitors to experience hitbodudut and other elements of Jewish meditation.

ARI Mikve: According to Jewish tradition both men and women immerse, at different times, in a ritual bath — a “mikve” for purification. A mikve is created from natural waters. Below the Old Jewish Quarter of Safed sits the ARI Mikve, one of the most famous mikves in the world. According to tradition the ARI himself, Rabbi Isaac Luria, a 15th century Kabbalist, immersed in the mikve, and many stories of miracles are related to people who drink from the ARI mikve or immersed in the mikve’s waters.

The ARI mikve is open to men, 24 hours a day. It is a natural spring located on the southern side of the ancient Safed cemetery. It is said to bring health and luck to anyone who immerses in its waters. It is not open to women. (It is also not heated).

Otiyot Hayot: Yehudit Goldfarb, a local Safed English-speaking educator, has developed a program that combines Tai Chi movements with the inner meanings of the Hebrew letters. According to Jewish tradition, Hebrew letters are holy. Each letter has a Kabbalistic meaning based on an assigned number, the letter’s formation and other inner meanings. Yehudit offers “Otiyot Hayot” — Living Letters — workshops in Safed in which participants actually create the formation of each letter with their bodies. By combining the letter participants can delve into the Kabbalistic traditions of the letters.

Synagogue Experience: Safed’s population is largely traditional and the town closes on the Sabbath and Jewish holidays, with no open shops, restaurants or other commercial enterprises. However, spending a Sabbath or Jewish holiday in Safed is an exciting experience in which visitors can visit various synagogues and observe, or take part in, the services.

Tikkun Olam: According to Kabbalah, “Tikkun Olam” is the act of repairing the world through actions which make the world a better place. The Kabbalah teaches that man was put on earth to perform Tikkun Olam.

The Livnot U’lehibanot — To Build and Be Built — program offers opportunities for travelers to come to Safed for periods ranging from one to four weeks and volunteer together with other activities including hiking, studying and engaging with the local community. The Livnot program is centered in Safed’s Old Jewish Quarter. Individual volunteers may also arrange to volunteer for one day or longer with the program.

Laurie Rappeport has lived in Safed, Israel for over 25 years and worked at the Tourist Information Center in the Old Jewish Quarter for 13 years. She continues to be involved in a wide range of projects which are aimed at bringing visitors to Safed to enjoy the religious, historical, cultural and artistic sites and experiences that the city has to offer. Laurie blogs at Safed.blogspot.