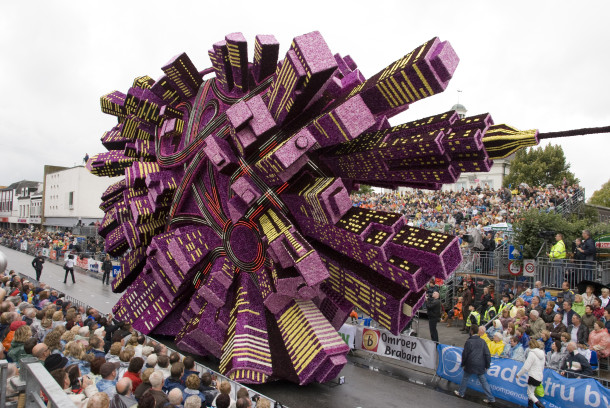 You may have heard about Bloemencorso Zundert (or Corso Zundert as it’s sometimes called) or maybe it is even on your bucket list? In this post I am going to tell you all about it – including all the details you need to get there and enjoy this amazing festival.

Bloemencorso Zundert is a the world’s largest annual parade and competition held every year in Zundert in Holland.  The tradition began in 1936 as a commemoration of Queen Wilhmlimina’s birthday. The procession features an array of floats decorated with hundreds of thousands of locally-grown dahlias representing every color of the rainbow. Often times, the elaborate presentations span 19 meters in length, 4.5 meters in width and may stand at imposing heights of 9 meters.

There is also a judging of the flowers / floats at the end of the parade by a select panel who decide who is the winning float, which means also the winning local hamlet.

When Is Bloemencorso Zundert Each Year?

Bloemencorso Zundert is an annual parade and is held on the first Sunday in September of every year. This means that the parade will be on September 1st 2019, September 6th 2020 and so on.

Where Is Bloemencorso Zundert Held?

Bloemencorso Zundert is a parade held in the town of Zundert. Zundert is in the south of Holland, with the closest large city being Rotterdam. It is also close to the Belgian border, only an hour or so from Antwerp.

All About The Bloemencorso Zundert Parade

Now that you know the what, when and where, how about more details on the actual parade and floats?

How the floats are made

The float frames consist of iron, styrofoam and occasionally wood. The shapes of the floats gradually emerge with the help of layers of paper mache. Attaching the flowers to the base requires a single nail for every flower, which entails a painstaking process. Particular themes may encompass more than one float and some boast moving elements. Floats may represent everything from animals, people to abstract designs. As the parade does not have theme restrictions, the exquisite displays remain limited only by a creator’s imagination. 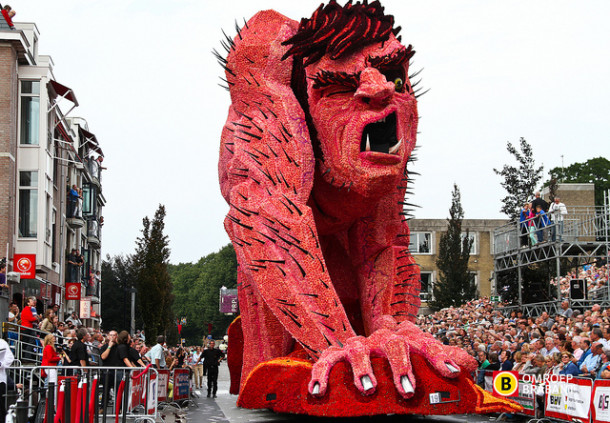 Who designs the floats

Graduates of the nearby Art Academy in Breda often develop or assist in developing the float designs. Participants also usually include presentations created by the current Art Academy student body. Zundert residents of all ages enjoy being a part of the event. Older residents often grow and cultivate the flowers used on the floats. Younger participants join together in the building and decorating processes. The project remains a voluntary effort.

Besides the community of Zundert, residents from neighboring villages also submit floats for the grand procession. Alumni from the Art Academy judge the individual floats for coveted awards, which creates an air of friendly competition amongst the various villages. The spectacular parade attracts visitors from all over the world and on average, the community plans on around 50,000 spectators. The gala parade begins on Sunday afternoon at 13:00 and finishes around 18:00. 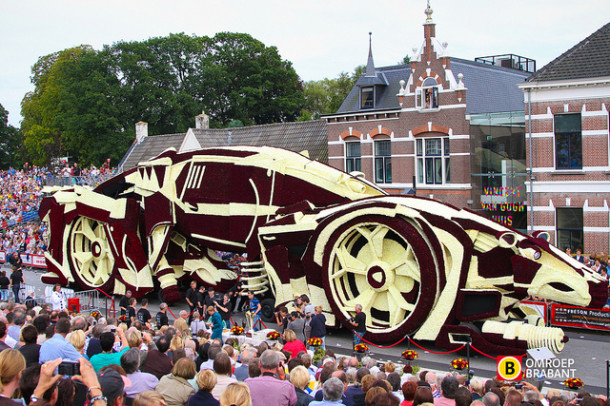 Sightseeing in the Village of Zundert

Before or after the event, guests can enjoy tours around the community. Situated between Breda and Antwerp, the community gains fame as being the birthplace and childhood home of Dutch artist Vincent van Gogh. Many locations throughout the village pay homage to the artist and include the historic Vincent Van Gogh Square. One of the popular local attractions includes a tour of his childhood home. Many enjoy exploring the Dutch Reformed Church, founded in 1806. Van Gogh’s father began his career as a pastor in this interesting location in 1849. An adjoining graveyard bears the grave of Vincent’s older brother who died during infancy.

Visitors may also indulge in the Vincent van Gogh Bicycle and Walking tours, which explain the history of the agricultural community that developed sometime around 1137 A.D. The nearby Buissche Heide heathland also provides paths for strolling through the beautiful countryside. The settlement developed in large part thanks to the monks who developed the location, which consisted mainly of heathlands, peats and swamps. The Maria Toevlucht Abbey remains another point of interest in the area. Established as a priory in 1900, the abbey provided a refuge for monks expelled from France. The monks living here carry on the centuries old tradition of farming.

If you plan on heading to Zundert the closest hub is either Rotterdam or Antwerp. It is around 1 hour 15-30 minutes from Rotterdam, depending on the public transport connections. From Antwerp, it is between 1 hour 45 and 2 hours. 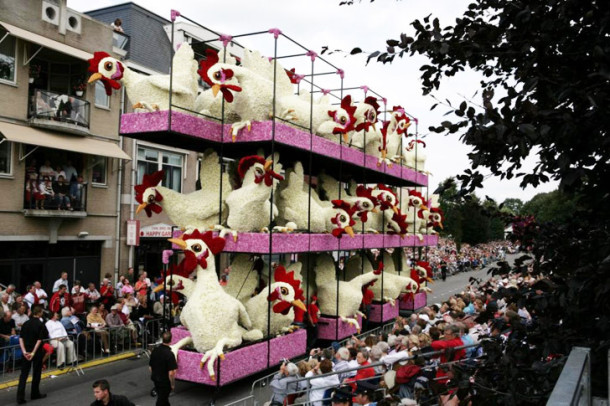 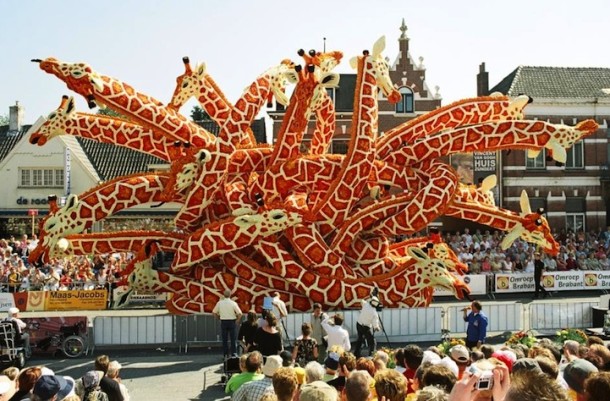 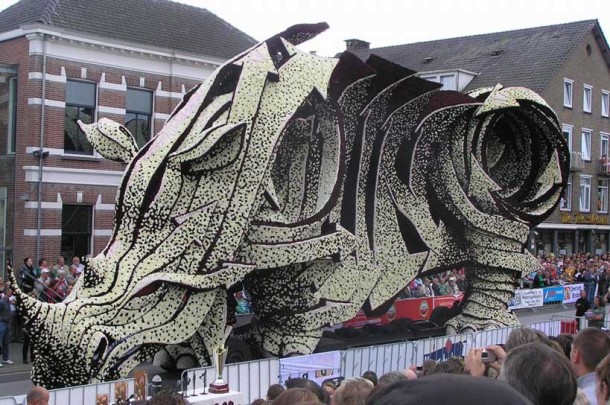 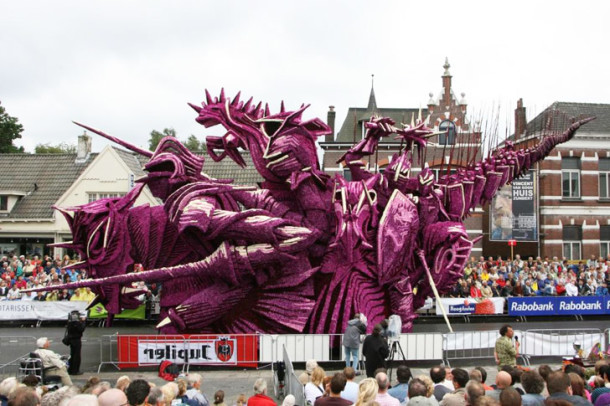 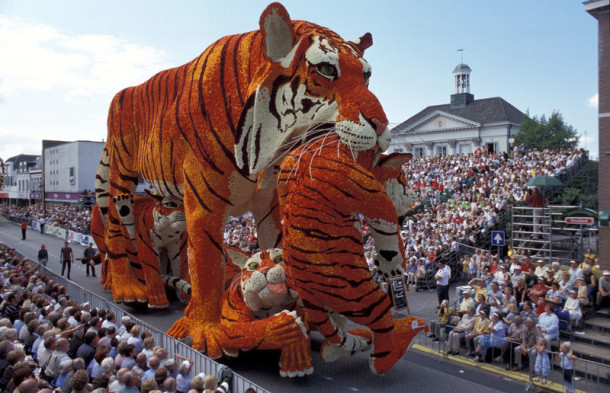 Candice has spend many summers in Europe, and currently works for TravAddict.com