Salmon fishing has always been a popular sport across the globe, and it’s easy to see why. Waiting for the perfect moment to catch one of these majestic creatures as it returns from the ocean and forges its way upriver to breed, salmon fishing is exciting stuff. Whether you’re out trolling for your dinner or you’re taking a weekend off for some casual fly fishing, there’s never a dull moment when hunting for our cold-water friends. Unfortunately, salmon numbers have plummeted in recent years, largely due to their popular taste.

However, careful fisheries management means numbers are recovering, and there are still lots of salmon hotspots out there. Which one you decide to go for will depend on a few things, like what kind of salmon you’re after, how you want to catch it, what time of year you want to go, and what type of scenery you like. But for every serious salmon fisher, there are some places that simply shouldn’t be missed. Here’s our selection of bucket-list destinations for salmon fishing to help you plan those next few trips. 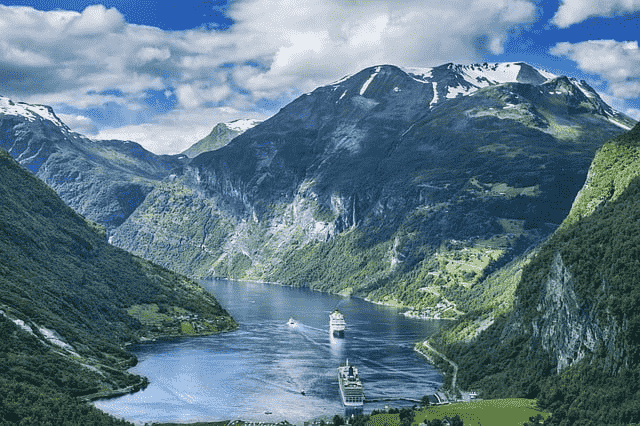 People have been coming to Norway to fish since the British popularized it over 200 years ago. Perhaps not the most obvious of choices when it comes to salmon fishing, Norway nonetheless has some stunning places to try your luck. Not only are there some amazing Atlantic Salmon to be caught here, but the jaw-dropping scenery that you get while doing it is almost second to none.

So, where should you go to make the most of a fishing experience in Norway? One of the most prolific and popular places to go is the Trondheim Fjord which is located in the north of Norway. Rivers such as the Gaula, the Orkla, and the Upper Namsen are great places to start.

Scotland is a unique salmon fishing destination in that you can fish for Atlantic Salmon for up to 11 months of the year, making it one of the longest European seasons. Although the smaller rivers up in the highlands do have a special charm, this time we’re recommending one of the larger rivers – the River Dee. The Dee, alongside the Spey, Tay, and Tweed, is one of Scotland’s ‘Big Four’ for salmon fishing.

It begins in the Cairngorms and winds its way through Aberdeenshire until it meets with the North Sea in Aberdeen, covering a distance of 87 miles. A popular choice among flyfishermen, the river is home to roughly 50 fishing beats and it is fairly shallow compared to other salmon rivers.

The surrounding area is breathtakingly beautiful and includes areas within the Cairngorms National Park and the Deeside and Lochnagar National Scenic Area. The River Dee was one of the first in the UK to implement a 100% catch and release policy, and it is thanks to this that stock numbers are on the rise after they dwindled following heavy flooding a few years back. It is now one of the most plentiful UK rivers for salmon, and the season starts in February and continues until mid-October. 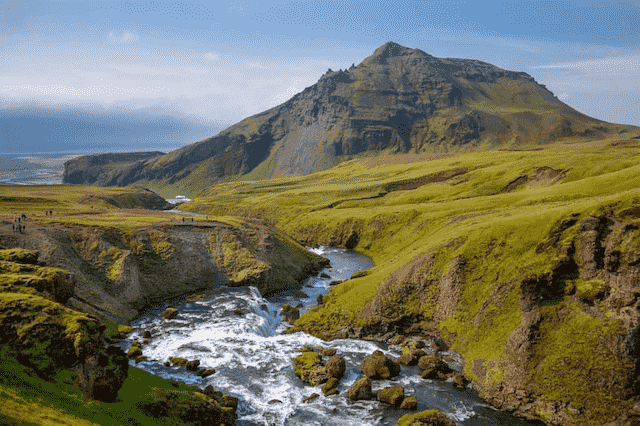 Not many people can think of salmon fishing without thinking of Alaska. Famed not only for its salmon but also for its mountain views and grizzly bears, Alaska gives off a compelling sense of wilderness. With considerably more coastline than any other state in the US and packed full of rivers and lakes, choosing a spot to fish in Alaska is no easy feat.

Tumbling down from the Kenai Lake is the Kenai River, which then splits into upper, mid, and lower sections. Although Coho, Pink, Sockeye, and Chum salmon are all available, the Kenai is world-renowned for its king salmon and is the site of the largest catch ever recorded back in 1985 (97 pounds, although average catches are more like 60).

Although the Kenai River is undoubtedly worth a visit, it is the most heavily fished Alaskan river. If you want to get away from the crowds and try something a little different, then we’d recommend the nearby Kasilof River. Nicknamed the ‘Little Brother of the Kenai’, this is a beautiful spot just 11 miles south of its older sibling.

With a ban on motorized vehicles, drifting down the Kasilof is a uniquely peaceful experience. The rules on fish retention and bait are more relaxed than on the Kenai too. All the same, salmon can be found here but, if you want to focus on the kings, the main runs are between May and June and July to early August, but be aware that catches are often slightly smaller than in the Kenai.

Containing more than 65 rivers and situated in the far northwest of Russia is the Kola Peninsula, a critical area for Atlantic salmon making their way back from Greenland and the Faroe Islands to spawn. With so many rivers to choose from, it can be hard to decide where to go, but we’d recommend a trip to the Atlantic Salmon Reserve for a chance to hook those larger salmon.

With two remote bases to choose from, the Kharlovka/Eastern Litza Camp or the Rynda/Zolotaya Camp, the reserve is the perfect base to explore some of the best rivers in the world. The area itself has been set aside primarily for fish conservation, and it offers a spectacularly unspoiled and rugged backdrop for fishing.

With local guides keen to show off their expertise and a ban on boat-fishing, this is going to be one intimate experience. And an extended fishing season of May-September means you can afford to be a bit more flexible with your planning. 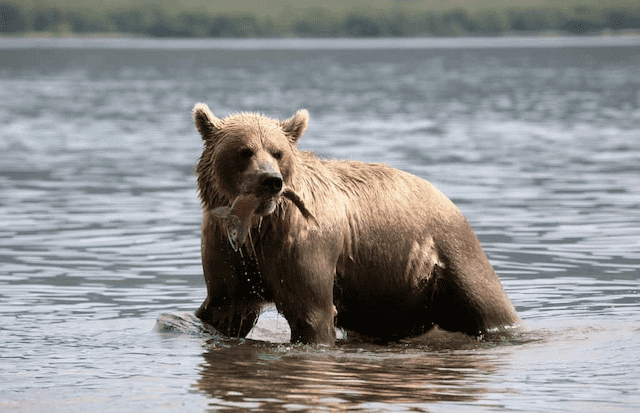 Fishing in Iceland has become more and more popular in recent years, and it’s not surprising given that it boasts some of the clearest waters on Earth. Out of a plethora of Icelandic rivers to choose from, it’s the Ranga river that has caught our eye. Found in the southwest of Iceland, less than 100km from Reykjavik, the Ranga river is renowned for its scenery as much as its salmon.

With the western part of the river trickling down from glacial springs and a legendary volcano, Mount Hekla, always visible from the eastern part, the sister rivers offer some incredible settings for salmon fishing. The sisters are usually the most productive salmon rivers in Iceland and, unlike lots of other Icelandic rivers, are rarely affected by adverse weather.

East Ranga is nice and quiet – there are eight beats with varied pools for you to choose from and it’s likely you won’t see anyone else out there – and the West has four beats but is limited to 12–16 rods (depending on the time of year). The main salmon season is June–October, peaking late July–early August, and if you’re thinking of going later in the season we’d recommend the west as the presence of two waterfalls means fish are often retained in the pools for longer.

Canada has a reputation for offering one of the world’s best outdoor lifestyles, and with fresh air, mountains to climb, and rivers to fish it’s easy to see why this country has long attracted those with a passion for the natural world.

In the midst of annual salmon migration routes, British Columbia is a salmon hub and is home to many famous salmon fishing destinations such as the Skeena, Campbell, and Fraser Rivers. However, for those of you that are up for a challenge, it’s the Dean River that we’d recommend. Although famed primarily for its Steelheads, King salmon are also present in the Dean and it’s these fish that presents a unique challenge thanks to one particular gorge.

Throughout most of the year, the gushing waters stop even the strongest of fish from passing moving upstream but then, in the height of summer the river calms, allowing the salmon to move upstream. These salmon, the strongest of the strong, are almost like another species – they aren’t easy to catch, but they’re what makes fishing here so rewarding.