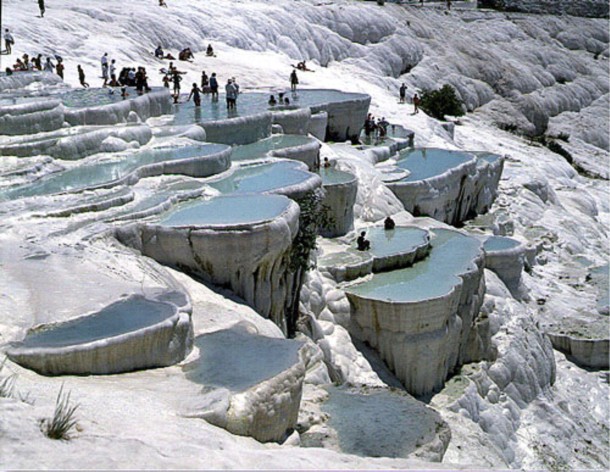 We’re constantly bombarded with information that challenges to shock the beejeezus out of us. Be it an ancient doomsday conspiracy, a possible cure for cancer, or a three-headed monkey. We’ve reached a point of saturation, where nothing surprises us anymore. We’ve seen it all and we’re not awe-inspired. No, not even remotely. As a natural defense mechanism, my mind seemed to develop this awe-proof shield around me. Nothing could make my jaw drop to the bottom end of the earth. Or so I thought, until I let the wonders of Mother Nature prove me otherwise, through the following seven wondrous creations.

Pamukkale, Turkey: Pamukkale quite literally means “Cotton Castle” in Turkish and for all the right reasons. This geological beauty is also the ancient city of Hierapolis. There was a time, when vehicles thronged through the place and hotels sprung up like nobody’s business. However, the use of vehicles in this area was eventually prohibited and every hotel demolished. Now, the place is full of pristine travertine pools and hot springs, and if you look at it from a distance, you’ll feel as if Mother Nature just dipped the whole landscape in pure sparkling white. Tourists are allowed to soak in the travertine pools, but without footwear, which may damage the deposits. 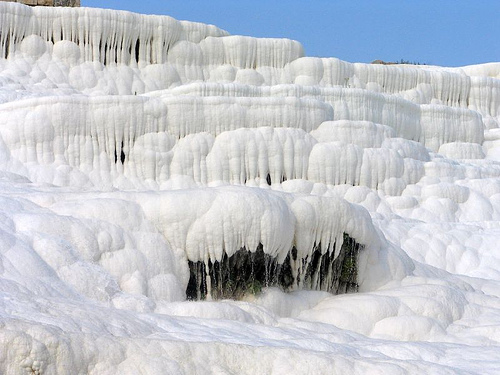 Lake Hillier, Australia: Imagine a pit of flaming pink in the middle of a whole lot of green. Astonishing, right? That’s exactly what Lake Hillier is. Situated on the Middle Island of the Recherché Archipelago, Western Australia, this lake is a sight to behold and knocks the breath out of you, especially from above. The lake is remains this flamboyant color all year round and unlike water from other lakes; it retains its color even when taken in a container. 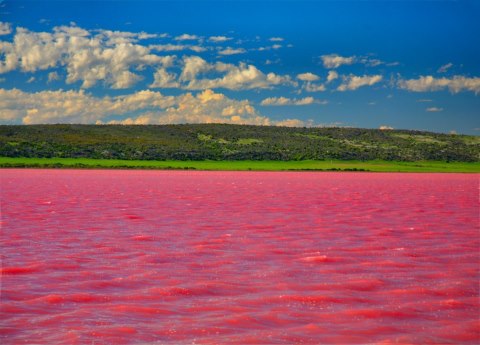 Socotra Island, Yemen: Have you ever imagined what plant life would look like on an alien planet? The flora on Socotra Island may be the closest you’ll ever come to answer that question. This island is considered as one of the most isolated landforms on earth and a paragon of biodiversity in the Arabian Sea. The island faces pretty ruthless weather in the form of fiery heat and drought. However, this hasn’t stopped life from flourishing, and beautifully so! The plants here are so unique that you feel you’ve been spaced off to some alternate universe! Out of the 825 species of plants found here, 307 are strictly endemic, which means, go looking for another of these plants anywhere else on earth, and you’ll return empty-handed. 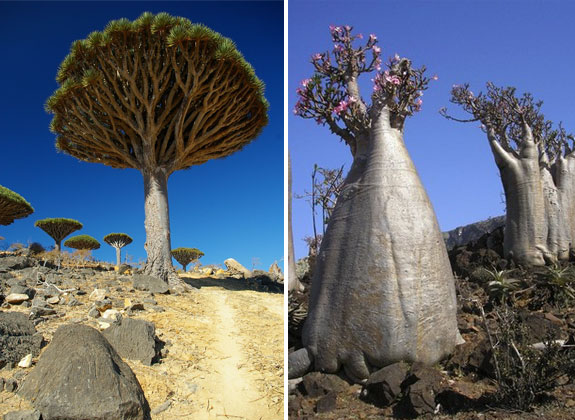 Glen Canyon, Utah: This Canyon stretches across southeastern and south-central Utah and northwestern Arizona, within the Vermillion Cliffs. The Glen Canyon was carved by the Colorado River in a beautiful meandering pattern. This Canyon stands a silent yet strong testimony to how a steady, calm river can cut through the toughest and most formidable of rocks without any human interference. 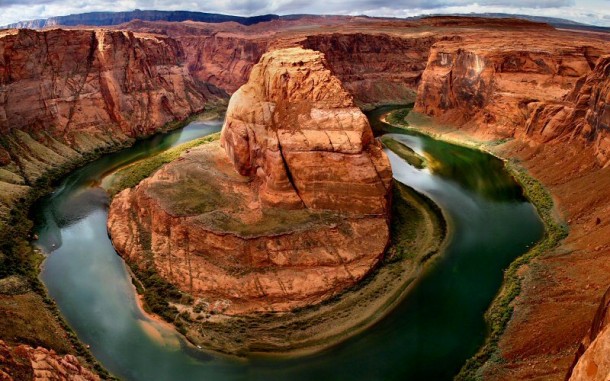 Waitomo Cave, New Zealand: The Waitomo Cave is three different levels, linked by a 16 meter limestone shaft called the Tomo. The lowest cave is called the “Cathedral”, because it has acoustics so perfect, that it’s a favorite among famous singers and choirs. However, the ultimate experience is a boat ride through the “Glowworm Grotto”, located on the underground Waitomo River. What’s so special about it? Well, for one, the only source of light for this cave comes from the thousands of tiny glowworms, giving you the feel of being within touching distance of the sky. 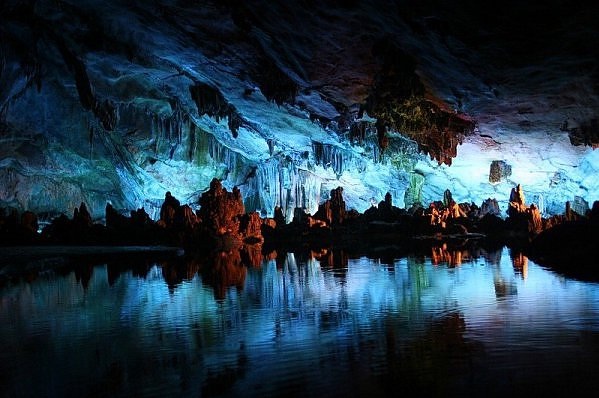 Flathead Lake, USA: Located in northwestern Montana, this lake takes illusion to a whole new level (read: its deep!). The water of this lake is so clear, so transparent that it feels like the pond is only a few feet deep. But don’t get tricked, it is immensely deep! Its maximum recorded depth is 370.7 ft. Flathead Lake also gets the honor of being one of cleanest lakes in the populated world for its size and type. 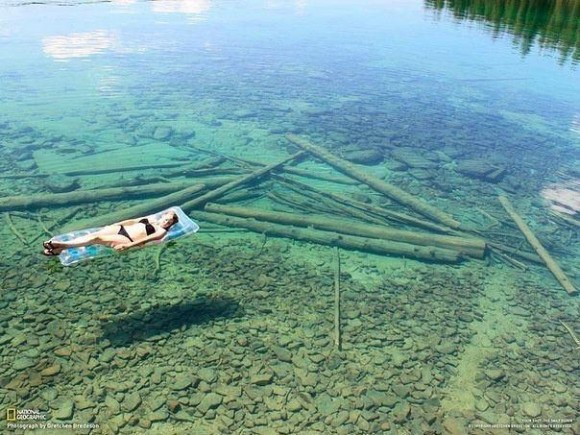 Cherrapunji, India: We all know that Cherrapunji holds the record for being the place with maximum rainfall. But, there’s more. The people of Cherrapunji don’t have to bother or spend a dime for constructing bridges in their forests. They have trees to take care of that. The forests of Cherrapunji are heavily laden with living bridges—formed by a series of secondary roots of the Ficus Elastica tree. Since these roots are alive, they grow stronger with the passage of time and can support over fifty people at the same time. Some of these bridges are over a hundred feet long and five hundred years old! 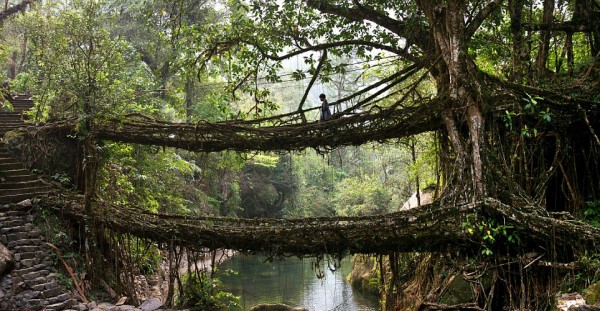 Victor Anton, the writer of this article is a travel enthusiast and likes writing about his experiences in his spare time. He is working with the firm called Anglo French Properties which specialises in short to medium term holiday rentals.