The outback of Australia is a hot, dry, desolate place, full of spiders, scorpions and not ONE Blooming Onion in sight; it’s nothing at all like the steakhouse! But this is the kind of stuff that adventourists live for: The off-chance of being stranded without water or GPS for days, pitted against the elements, wondering if they’ll ever live to gaze upon the tender eyes of their loved one just…one…more…time.

Australia is a continent that was built on the backs of British convicts, gold explorers and other adventurers. As these foreigners started settling Australia, they brought over their livestock, equipment, and technology; they also brought over parasites.

In the late mid-19th century the face of Australia was developing rapidly. New cities were springing up along the coast to house the influx of immigrants. Immigrants preferred to settle the coast because its climate was more moderate and access to the ocean facilitated international trade.

But, while some struck it rich, others fell on hard times. Imported cattle in eastern Kimberly—a region in Western Australia—were discovered to be carrying the boophillis tick. The tick, in turn, was a carrier of the Babesia parasite—a blood parasite that caused malaria-like symptoms in those infected.

Authorities feared the spread of the parasite and ordered a ban on shipping eastern Kimberly cattle, giving a near monopoly on beef to the cattle ranchers in western Kimberly.

Faced with the loss of their livelihood affected ranchers needed a solution.  The ranchers reasoned that the ticks would not survive in the dry desert climate and proposed that the government create a stock route so they could walk their cattle to the markets on the west coast.

The government was keen on reducing beef prices and agreed to begin surveying a route that these ranchers could take.

Many speculated that it would be impossible to create a route in such an inhospitable terrain, but the government, nevertheless, commissioned Alfred Canning to do so. And so, Canning set out to do what previous expeditions concluded as an impossibility.

Canning resorted to brutal tactics, enslaving local aboriginal people to find underground water sources along the route. Canning ultimately succeeded in finding a giant sub-artesian basin in this barren landscape and sinking close to 50 water wells along an 1,850km route from Halls Creek to the mining town of Wiluna in the west. 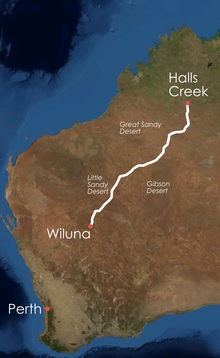 The route was opened up for commercial cattle driving in 1910, but the first parties that attempted to cross the route suffered terrible fates. The aboriginals resented the foreigners—because let’s be frank, colonialists were kind of asshol-ish in their tolerance and respect for other cultures—and killed those that attempted to cross. Word spread of this added danger, and ranchers began to fear walking this desolate and dangerous route. 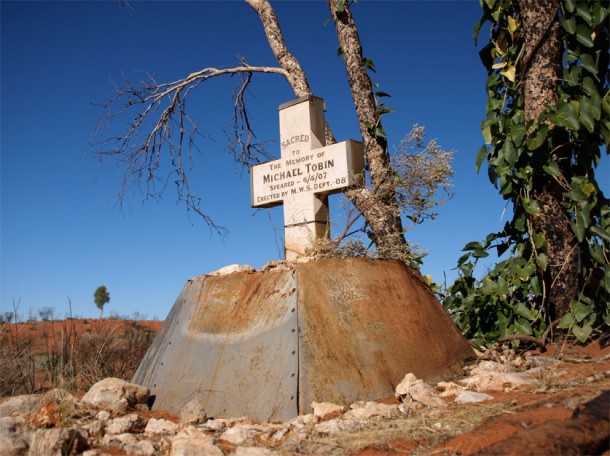 Between the route’s opening in 1910 and final livestock drive in 1959, the route was seldom used.

In the 1970’s adventurous travelers reinvented the Canning stock route as something of a novel adventure and began walking and cycling it. In 2005, Jakub Postrzygacz became the first person to traverse the entire track without backup, travelling alone by bicycle for 33 days.

Today, the Canning Stock Route is one of the world’s great four-wheel drive adventures. The track is unmaintained and remains open only by the passage of vehicles, so travelling the route you will get an untainted taste Australia’s natural offerings. Along the way you will be exposed to starry skies, exotic wildlife, and incredible scenery.

There are different ways you can do the stock route. You can do it as part of an organized two-week tour, where you will be supplied with freshly-prepared meals, fine wine, and a curated look at the various landmarks along the route. Or, you can go solo and do the I-need-to-keep-going-or-else-I-will-die-here,-oh-god,-what-just-bit me?-I-hope-it’s-not-poisonous.-It-is-poisonous!-I’m-swelling-up!-For-the-love-of-god, what-happened-to-all-my-water adventure.

If you opt for the first type, the Diamantina Touring Company will help you discover the world’s longest and most remote stock route in a way that few have.  Diamantina’s 19-day trip includes 18 nights of camping under the stars, chef-prepared meals, and crisp wines that will help you take the edge off of your Facebook withdrawals.

You will stop over at a number of points along the way and visit the breathtaking Wolfe Creek meteorite crater—the second largest crater in the world. You will draw water from a well with water of such quality it was known as the “Diamond Well”. You will also visit several tombstone sites of surveyors that were killed by hostile natives. About halfway through the trip, you will summit the Thring Rock—an impressive sandstone outcrop that will open up an exceptional view of the surrounding country to you—and find out how Lake Disappointment got its name. 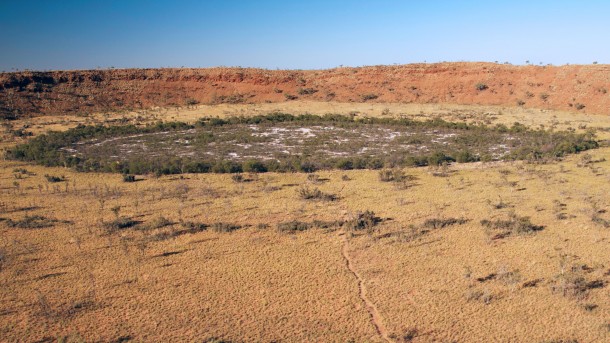 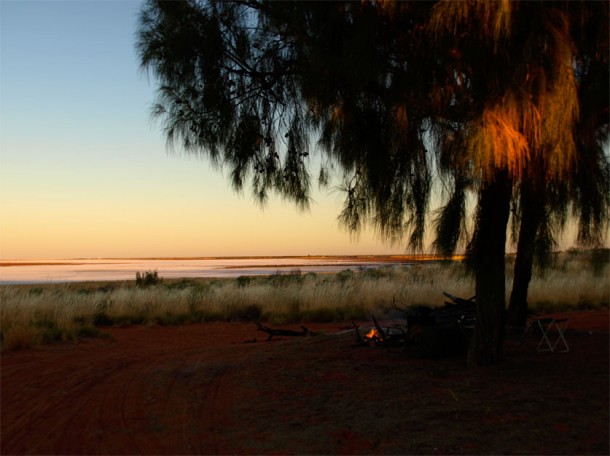 You can see the full itinerary here.

The best time to go is during Australia’s winter, when the heat is moderate. The months between April and September  are considered the best travel times.

The Humbler – Trecking through this vast, wild land you are bound to gain the kind of insight into your life and the world you live in that would normally be reserved for the afterlife.

An organized expedition like the one offered by Diamantina runs for $6700, which includes the cost of permits, food, transportation, and sleeping arrangements. The trip is $3700 if you want to drive the route in your own vehicle.

Australia’s vast wilderness can be disorienting and cause panic if things go wrong. In 2002, a German tourist was stranded for three days after becoming stuck on the Canning Stock Route. She was rescued because she had been reported lost and successful searches undertaken. Make sure you follow the following five safety tips on your trip to the Canning Stock Route, courtesy of theage.com.au.

What to do if stranded in the outback