Most people enjoy going into the wilderness, whether it be to do some outdoor activity or to simply get away. But many who venture into the wild have little to no knowledge of survival techniques, and barely any understanding of their surroundings. Sure, you might have an amazing new backpack and even a decent budget sleeping bag, but that doesn’t make you an outdoorsman!

So for the purpose of education and entertainment, here is a list of 15 things that many people might not know about the wilderness. All of these points may not help to keep you alive, but they will provide you with a better understanding and appreciation for the great outdoors. So without further ado, here are 15 things you may not know about the outdoors.

Discerning The Time: Knowing how much time is left in the day is important. The last thing you want to do is begin something with the expectation there will be daylight, only to find you’re atop a mountain and the sun is setting. It’s also worthwhile to know the time so that you are able to set up camp in the daylight. Of course, you could have a survival watch, but that might not always be the case.

Cairn Rock Formations: If you have ever hiked on a trail or up a mountain, there is no doubt you will have seen piles of rocks stacked on top of each other. These rock formations are called Cairns, and their purpose is to alert hikers that they are indeed on the right trail. They are periodically placed for two reasons: one being to verify the right path when returning, and the second to notify future hikers that they are indeed on the right path. If you are ever lost, coming across a Cairn should be of great relief because it generally means there are others nearby which should lead you to safety. 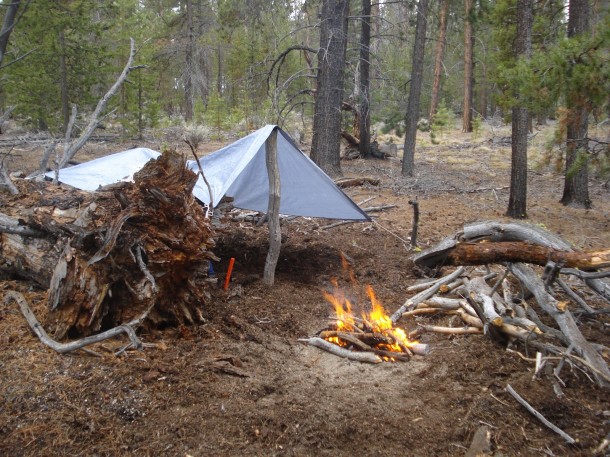 Altitude Sickness: Altitude sickness forms due to acute exposure to the law of partial pressure of oxygen at high altitudes. The percentage of oxygen in the air is around 21% and remains unchanged up to 69,000 ft. But the air density itself, meaning the number of molecules per given volume, is what drops as altitude increases. As such, around 8,000 ft. is generally the height people begin to feel sick. The only way to avoid altitude sickness is to slowly allow your body to acclimate.

Starving To Death: A person on average can last up to 30 days without food. Now some can perhaps last longer if they have greater fat reserves to live off of, and those with less reserves may not be able to survive that long. But around one month is the length most can withstand not eating before succumbing to starvation.

Universal Distress Number: 3 is the universal number for distress. Those who see it will generally take anything in sets of three as an emergency sign. Three clicks with Morse code, three fires lit, smoke clouds in set of three, essentially anything in three that can be noticed will alert those who come across it that someone needs help.

Dehydration: A person can only last on average 5 days without water. An interesting note is that the moment you feel thirsty, you have already lost 1% of your water weight. Dehydration is the biggest threat to anyone who has become lost or stranded.

Water Weight: If you’re like me, you hate the idea of not having enough water. As such, you’re willing to carry as much as possible with you as you set out. However, as the old adage says, ounces make pounds, and pounds make pain. And there is a lot of pain to be had carrying water, one gallon of water is equal to 8.35 pounds.

Moss Growth: Moss generally grows more in shadier areas, and since the sun, in the northern hemisphere at least, doesn’t provide much light on the North Side, more Moss grows there. The opposite holds true in the Southern Hemisphere. As a side note, moss is perfect for starting fires as they are generally dry and a lot can be gathered.

Know The Sun: If there are no other signs around that can point your direction, one thing that is there everyday is the sun. If you don’t know yet, be sure to remember that the Sun sets in the west and rises in the east. This will give you a decent idea of the directions that can help when trying to find your way to safety.

Eating Snow: Most people in the winter like to eat snow, which is fine and dandy unless you are trying to eat snow because you are thirsty. If the only source of water around is frozen, it is necessary that you first melt the snow/ice before consuming. Eating snow and ice requires more energy from your body to heat up than it actually provides. So eating snow to hydrate you, in essence, is counterproductive.

Always Look behind You: It’s easy to get lost when you are hiking, and there is one very good reason for it. Humans have photographic memories which guide our way, so when you are hiking in one direction, you have mapped that course going that way in your mind. However, when you turn around, you cannot see the path from that viewpoint. It is vitally important, no matter where you are hiking, that you occasionally look behind you to see what the path looks like in that direction. This will ensure that when you are returning, things will look familiar and you’ll be able to find your way.

Walk Sure-Footed: There is no greater injury, and one that will inhibit you as much as one to your legs. A twisted ankle or knee will quite literally stop you in your tracks. And when you’re in the wild, if you can’t move, that means you’re stuck. So be sure to watch every step, and be sure footed. Because even the slightest bump in the road can cause severe injury if you step on it the wrong way.

Wear Appropriate Clothing: Knowing the environment you are going to be in is important when choosing the clothing to take along with you. If it’s a hot environment, contrary to what you might think, you want to stay well covered. One reason is to shield you from the sun, the other reason is that clothes will soak up your sweat which helps to keep you cool. If its cold, layer, layer, layer. Also, being wet when it’s cold is dangerous, so wearing clothing that can wick moisture away is useful.

Be Mindful Of Wildlife: It wouldn’t be the wild if it wasn’t for the wildlife. Storing your food in the proper places dependent on what’s around you is critical. You always want to keep your food away from your camp to ensure no animals are tempted to enter. Hanging food in trees, and keeping them in bear boxes will ensure they aren’t broken into. You also want to make sure you don’t place your camp near, or worse yet, on top of a trail. Because most large animals use these trails, and many of the animals you don’t want treading over your tent as you sleep.

The author of this article is Damien S. Wilhlemi. If you enjoyed this piece, you can follow me on Twitter @HotMocs.  If you are in the market for some new and great Clothing and Outdoor Style, please visit HotMocs.com.