Barcelona is one of the largest cities in Spain and is home to over 1.6 million people. It sits on the northeast coast of Spain just south of the Pyrenees mountains and the Mediterranean Sea.

It’s a famous travel destination the world over its rich history, amazing architecture, beautiful beaches, and delicious tapas are just a few of the things that draw people to visit year after year.

Barcelona is the capital of Catalonia, a historical region of Spain. Catalan culture runs deep, so deep that they tried to gain their independence from Spain through a secret ballot in 2017. I don’t know if you have ever met any Catalonians? My friends from Barcelona aren’t a fan of being called Spanish, they are Catalonian through and through.

Catalan culture has grown into its own unique way over history and is full of a love of culture, creativity, art, flair, and more. Historically, Catalonia was a melting pot of Arabs, Jews, and Christians due to its location and even has its own language that is still spoken today. If you’re visiting Barcelona, it’s well worth a dive into Catalonia’s history.

Barcelona has been around for more than 2000 years and dates back to Roman times. It was once the colony of Barcino that was founded by Emperor Augustus. Being Romans, they of course built some amazing architectural feats, some of which you can still visit today.

Some of the best remains to visit on a trip to Barcelona are the ruins found beneath the Plaça del Rei, the largest of the Barcelona History Museums. But, if you’d rather spend your time outdoors, head down into the Gothic Quarter of Barcelona. You’ll find Via Sepulchral, a Roman road that winds its way around old Roman tombs that were reserved for the middle and lower classes. 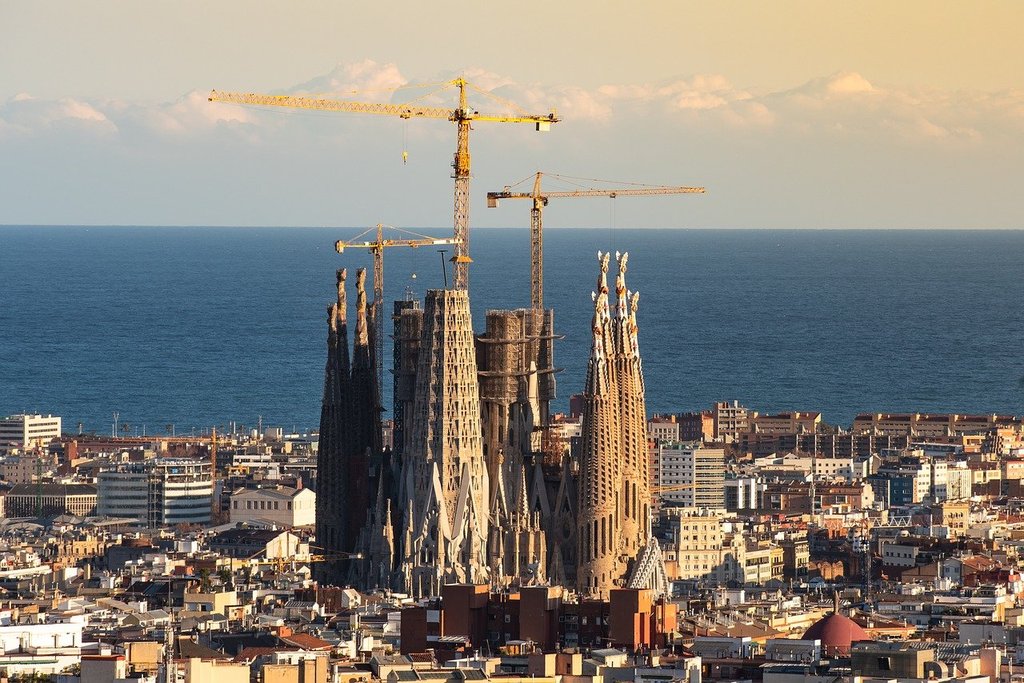 The Basílica de la Sagrada Família is one of the most visited churches in the world and has slowly become an icon of Barcelona. It was designed by the famous Catalan architect Antoni Gaudí but he died before it was complete.

It’s known to be one of his greatest pieces but still rests unfinished after 100-years of construction. The building slowed down once he died but it’s said that it will be finished in 2026, but it’s not very likely.

The Basílica de la Sagrada Família is absolutely stunning architecturally and has been described as “it is probably impossible to find a church building anything like it in the entire history of art” by notorious critic Paul Goldberger. It’s an absolute must-see if you’re ever in the vicinity.

You’ll find the Gothic Quarter in the old town Barcelona and it’s a great place to spend the day wandering the almost pedestrianized streets and take in all the history this magical city has to offer. It has a bunch of museums to enjoy, the ruins we mentioned above, and loads more medieval landmarks for you to gaze your eyes upon. 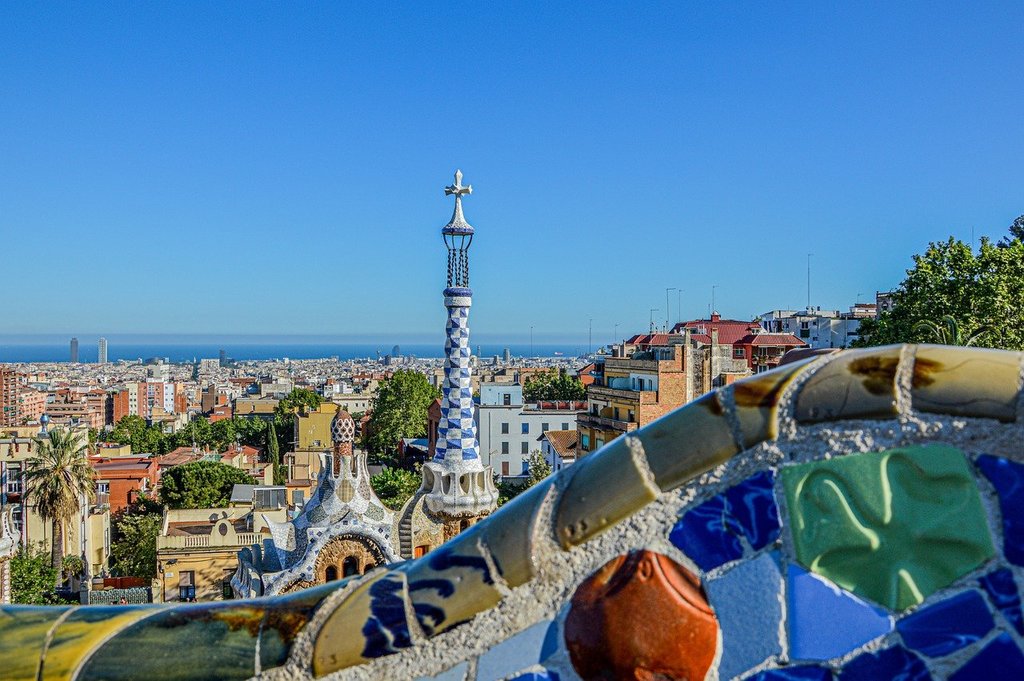 Did you ever think a park could become a UNESCO world heritage site? Well, the Parque Guell in Barcelona certainly can. If you take a walk to Carmel Hill, you step into a fairytale wonderland that is Parque Guell. It looks like something that you’d see in a Disney movie and would fit perfectly in Charlie And The Chocolate Factory.
It was designed by Barcelona’s favorite architect. That’s right you guessed it, it was Antoni Gaudí. As you wander around this amazing space you’ll find immaculate gardens filled with incredible architectural pieces that are full of color. Not only will you be dazzled by the park, but the views are also amazing. At the highest point on the hill, you get an incredible scene that looks over Barcelona and it’s famed as one of the best views of the city…

Being on the coast of the Mediterranean Sea, Barcelona is not only home to architectural wonders and deep culture, but it also has some magical white sand beaches that are lapped with gin-clear waters. Who knew one city could have it all?

The beaches are a short ride out of town and are great for spending the day relaxing, having drinks, eating great food, and of course playing volleyball. You’ll struggle to find a beach in Barcelona that doesn’t have a volleyball court on it, and the locals are happy to pull you in for a game or two.

One of the most famous beaches in Barcelona is Barceloneta. It’s named after the old neighborhood that was built there in the 18th century by a group of seafarers that were expelled from La Ribera in 1714. The beach is extremely popular thanks to its stunning white sand, an abundance of restaurants, and the fact it’s very easy to get from the city.

In the heart of Barcelona, you’ll find the Picasso Museum. Picasso was actually from Malaga but he spent a lot of his formative years living in Old Town Barcelona. He found inspiration in this magical city and in return left the city a lot of his early paintings.

The Picasso Museum has 4251 works exhibited by Picasso that together create the largest and most formative collection in the entire world. You won’t just be stunned by Picasso’s painting, the museum will also take your breath away.

The museum sits inside 5 medieval palaces that are all connected together. What better way to see Picasso’s work than in old historic medieval buildings that were around when he was wandering the streets of Barcelona.

Well, there aren’t many people in the world who don’t know about FC Barca or Lionel Messi for that matter. I’ve chatted to kids in the bush in Africa who support FC Barca and think of Messi and Ronaldo as gods.

The locals of Barcelona take it just as seriously and are extremely passionate about football, and their club. If you really want to see a spectacle, book a trip to Barcelona that coincides with FC Barcelona playing Real Madrid. You’ll be blown away by the passion and comradery in the streets, and it’s worth getting a ticket if you can lay your hands on one.

As you can see, Barcelona is a gem of a city. It’s a fairytale of architecture that’s full of passion and culture. Plus while you’re there, you’ll get to have some of the tastiest food in Spain, relax on beaches, and engage in some real Catalan culture.