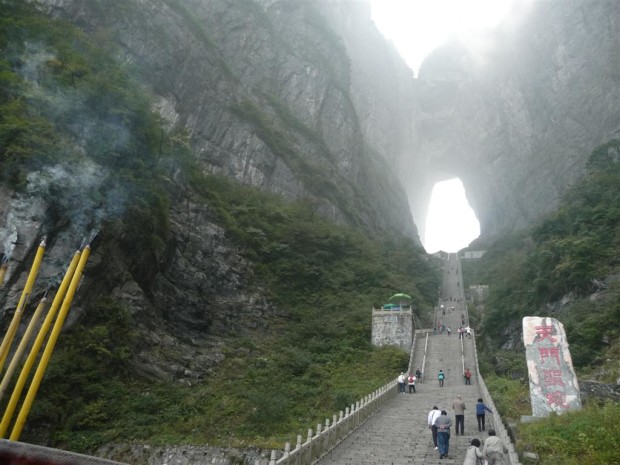 China is a place of wonders and marvels, so you should expect everything and anything while traveling to this magical destination. With so many of the world’s records and such a deep and invigorating contrast, China will surely amaze you. Where else in the world could you find the Gate of Heaven and walk through it? The place we are talking about is truly inspiring and deserves this overwhelming name. The Heaven’s Gate is a natural cave arch, formed through millions of years of erosion. This huge window in the sky is one of the best landmarks of the country and will surely awe anyone who sets his or her eyes upon the arch.

Honestly, you probably won’t find true heaven in this place and there are probably other ways to make sure you make it to the real heaven, but while on earth, it is one of those places that could be described as a natural heaven. But enough with these words of wisdom and let’s get back to the point. This enormous natural arch is located in the northern Hunan province of China, just 8 km south of the city of Zhangjiajie (formerly known as Dayong, if it helps you). This place might be known as the Heaven’s Gate, but the road leading to this exceptional natural site could as well be named the Highway to Hell.

To reach the summit where this arch is located, you first have to take the skytram, which, by the way, maybe the longest in the world at over 7 km. Then you take a bus on a very winding road, taking you closer to the peak. As if this was not enough, you will also have to climb some stairs. Don’t worry though, it’s not like there are thousands of stairs to climb…there are just 999 steps. But the view and sight of the Heaven’s Gate will be worth any sacrifice and effort. The panorama you have from the top is truly inspiring and fascinating; with the light passing through the arch and lighting the distant mountain peaks. 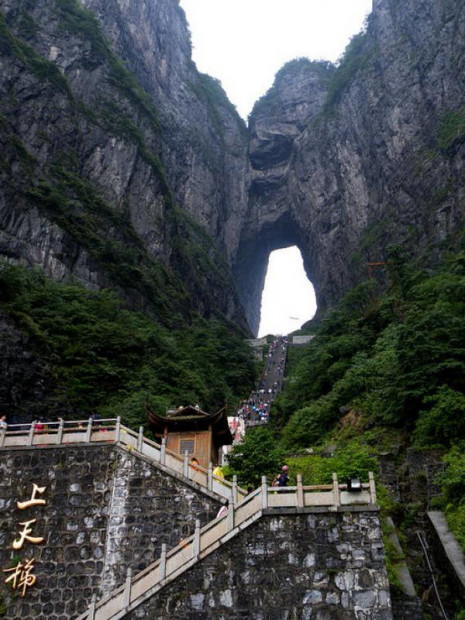 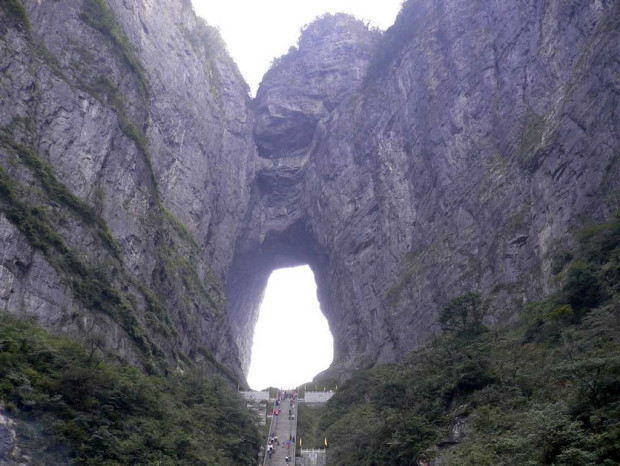 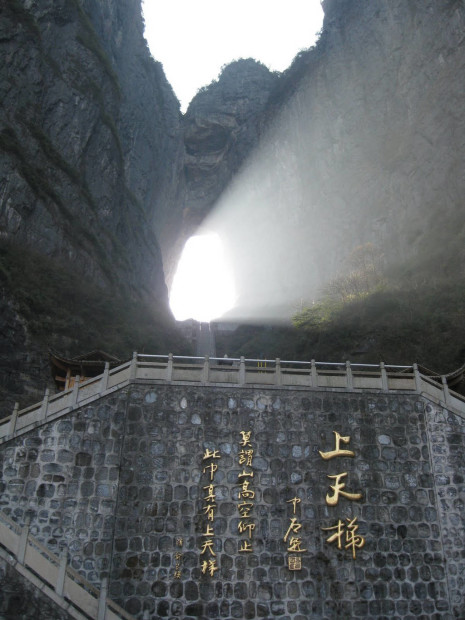 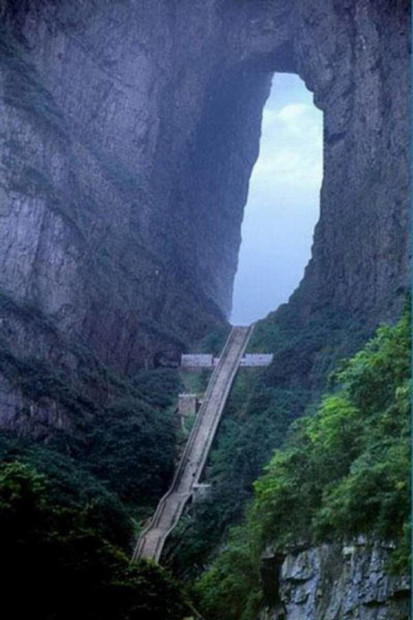 Where Is Heaven’s Gate in China?

Heaven’s Gate is located in Tianmen Mountain National Park, 8km from Zhangjiajie, which is actually in the North West of the Hunan Province.

If you are looking to drive there, it is around 15 hours directly west of Shanghai, and quite a bit further southwest from Beijing.