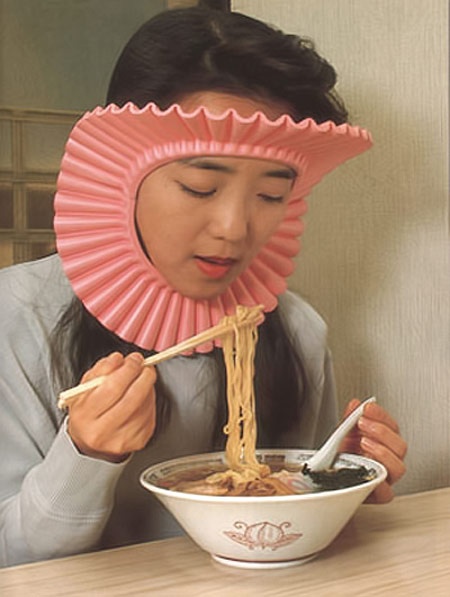 Whether you are heading abroad on vacation or starting a new life on foreign soil, you will come across customs and superstitions that might seem quite odd. Many foreign cultures take tradition, superstition and etiquette very seriously, so those who are wanting to integrate with their new surroundings successfully will need to be highly aware of these cultural differences. The consequences of ignoring these foreign customs can be as simple as obviously standing out as a tourist or as serious as finding yourself on the wrong side of the law. Either way, upsetting the locals is a sure fire way to get off on the wrong foot in your new country! Here we look at foreign customs from around the world, how they came to exist and some of the consequences you can expect to experience should you forget them.

Thailand, a common backpacking destination for young travelers, is home to many strange customs which must be observed lest you fall foul of the local population. One such custom that travelers often neglect to take on board is the level of respect the population holds for their king. For example, if one were to drop a coin or bank note (all of which hold the kings image) and stopped it from escaping using your feet, you have just shown the king a huge sign of disrespect and will likely have earned yourself several glares from Thai people around you. Similarly, in the cinema a tribute to the king is played before each film in the form of the Thai royal anthem, not standing up during this is considered an unspeakable act so you must stand. It is worth bearing in mind that insulting the king is actually illegal in Thailand, so it is best to avoid the subject all together or risk appearing in-front of Thai courts.

A strange money attraction technique, originating in Appalachia, is to burn onion peels instead of throwing them out. Presumably, the logic of this is that if you were really poor the onion skins would be in with your soup pot rather than out in the garbage can, so burning them is a statement of your frugal intentions from there on out.

Another of China’s interesting superstitions is that one must never give a friend a clock as a gift. This is, again, because of similarities of pronunciations. Apparently “send clock” sounds remarkably similar to “sòng zhōng”, which is the name of a Chinese funeral ceremony. Avoiding things that sound like other things surely must get tiring!

Most of us know and accept that black cats are widely regarded as a sign of impending bad luck in cultures and communities right across the globe, but how about owls? Well if you are Egyptian and an owl hoots outside your window at night you had better take the next day off work, as it is believed that this is a sign of a imminent injury or spat of terrible luck. Another animal disliked in Egypt, as well as the world over, is rats. Many superstitions surround rats and very few are positive, probably because of their association with disease and death. One positive believe however, is that if a group of rats suddenly move into a home then the owners are going to come into a great fortune in the coming weeks. Doesn’t sound particularly fortunate, does it?

Another strange money superstition, this time from Russia, involves the belief that leaving money lying around the house will help to bring additional money into your life. Although this may seem counterproductive at first, squirrelling away money is, literally, a good way to have money in the future. With this in mind, this technique doesn’t seem particularly far fetched!

A lot of Spanish etiquette and superstition seems to revolve around sex and love. The Spanish believe that if you brush over a single person’s feet while sweeping then that person is doomed to never find true love, an incredibly damning sentence for such a minor act! Another popular Spanish belief is that to toast with water will induce seven years of bad sex. This superstition is found in many other places across the world in one form or another and is thought to have stemmed from the Greek custom of toasting with water at a funeral. Because of this, toasting with water is thought to be a wish of bad luck, or even death, on that which is being toasted.

In Japan slurping noodles is not only considered to be acceptable, but is also actively encouraged as a sign of appreciation to your host. Another piece of Japanese appreciation etiquette concerns gift giving. If one receives a gift in Japan, it is considered very rude to open it right away as it is seen as showing a lack of appreciation for the time and effort the gift giver went through to select and wrap the gift. On the subject of Japanese gift giving, it is also customary to give and receive a gift with both hands, a sign of reverence for the object in question.

With the above in mind, it is clearly important to research the customs and traditions of a country you are intending to visit before you depart, lest you make a tragic social blunder!

About the author: Sam Shelley is a writer and blogger from the South Of England who loves to travel and explore the quirky side of other cultures. He is currently writing in association with WhichOffshore, a publication offering financial information to expats and those on long breaks.