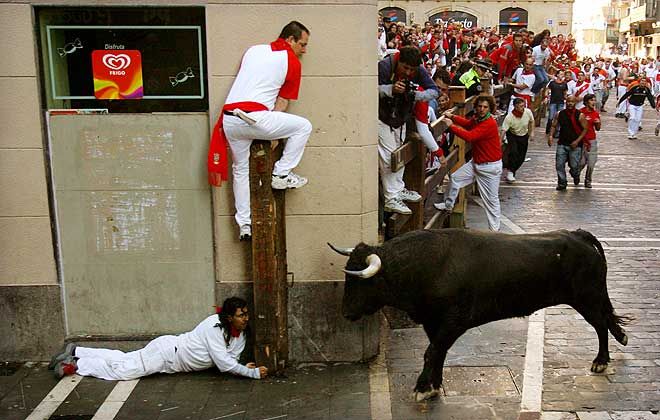 If you’ve ever been to a sunrise Black Friday event in a busy suburban mall, you’re halfway towards picturing the scene in Pamplona, Spain at the annual San Fermin Festival. Just add a thousand or so gallons of red wine, about a million visitors, and six angry, fast, 2,000-pound bulls.

The history of the Pamplona bull run is contested; some argue that the very first encierro was as early as 1215. In its modern incarnation, the San Fermin Festival is a week-long affair complete with drunken fireworks displays, all night partying, and early morning bull runs that attract thousands of runners and spectators alike. The race itself is quick, or at least it appears that way from the safe vantage point of one of the many balconies overlooking the half-mile, cobblestone course.

To properly view this event, you should ideally be up from the night before, a cup of red wine in your hand. The terrifying spectacle of a half dozen angry bulls simply doesn’t get old, even after a week straight of morning bull runs. At 8:00 sharp, a gunshot announces the start of the run. The streets swarm with runners in white shirts and pants, a red bandana tied around each neck. The adrenaline raises the crowd to its feet and the cheering becomes deafening. 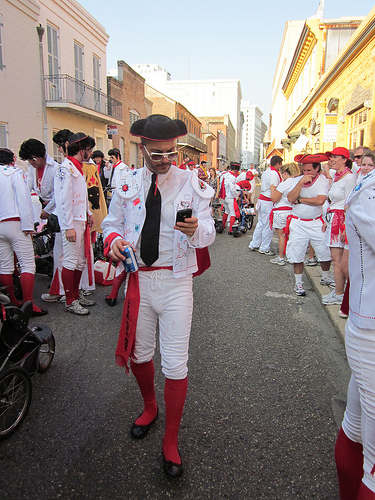 Is it dangerous? Duh. According to San Fermin Festival officials, the bulls have claimed 15 lives since 1915. There are also several hundred runners that report injuries each year, but this has more to do with the sheer crush of bodies funneled through Pamplona’s narrow streets. People fall down and get bruised, even trampled. Viewing from a balcony seems like the only sane way to go, but if you’re set on running the course, try to lay off the sauce before suiting up in your brightest whites. The festival has a clear “no drunks” policy, though running maniacally from a panicked, horned beast does seem like a surefire sobriety jolt.

Once the race is over, nearly everyone tries to enjoy the only quiet rest of the day. Pamplona lays low until around 5:00 each evening, when the morning’s bovine competitors are herded to the bullfighting arena for their final performance. The scene is not one for the squeamish, but there is a strange beauty in watching the quick, costumed matador pitted against the brute force of the bull.

After the bullfight, the streets awaken with more wine, more tales of the morning’s run, and more jockeying to secure the best viewpoint for the next day’s run. 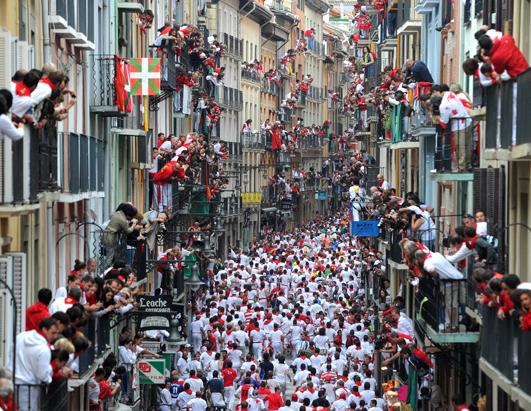 The Running of the Bulls takes place from July 6-14 th in Pamplona.

Depending on how long you’re there you could spend anywhere from a couple hundred dollars to over a thousand.

Make sure you stay hydrated. The event takes place during the summer and you’ll most likely be drinking a lot of alcohol.

If you’re actually thinking about running with the bulls make sure you’re sober- technically you’re not supposed to be drinking when running but it’s not like they’re going to give you a breathalyzer before you go.

Go to http://www.bullrunpamplona.com/ to learn more about the Running of the Bulls.

Jason Kane writes about traveling internationally with his wife and uses companies like Travel Docs for quick US Passports renewal.

3 thoughts on “Running of the Bulls in Pamplona Spain”