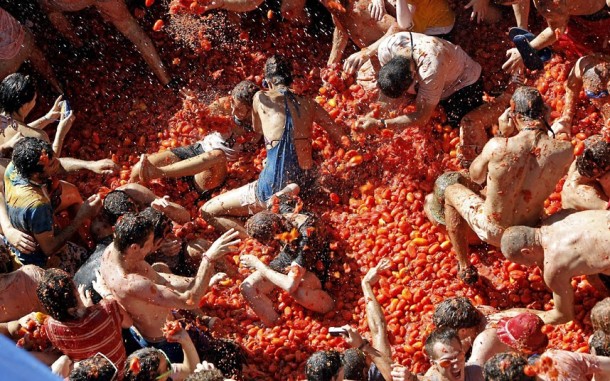 On the last Wednesday in August of every year since 1945, the streets of Buñol, Spain turn into a battlefield where locals and tourists from all over the world can hurle fruit at each other with the same relentless enthusiasm kids throw snowballs at passing cabs.

Not even the locals know the true origins of this fun tradition, and you’ll hear a different version from every native you ask. That is, if you can even find a local during La Tomatina, since this town with a population of just under 10,000 becomes overrun with about 30,000 tourists.

It’s possible that this tradition was born when the townsfolk hurled tomatoes at a really bad musician, or maybe it was a bad politician. Then again it could have been just a food fight that broke out between friends after a tomato truck turned over in the town center and escalated into a town-wide free-for-all. But, since everyone is just guessing and making shit up, we just tell people it was a massive anti-vegetarian movement, and we advise you to add to the confusion by throwing your own theory into the mix. 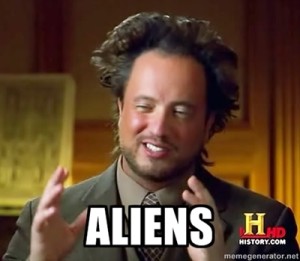 For whatever reason, the people of Buñol thought it would be a good idea to kick off the food fight with a Palo Jabón “ham stick” climb. This event starts at about 10 in the morning, and for up to an hour participants push and climb over each other in an effort to reach a piece of ham at the top of a two-story high pole smeared in pig fat. The food fight immediately starts when someone grabs the ham, or if it falls to the ground, but if that doesn’t happen the food fight is started with a firecracker at 11. 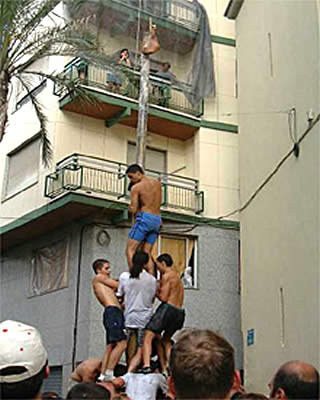 La Tomatina food fight takes place all over the city, with the center of the action at Buñol’s central Plaza del Pueblo. Los Clavarios de San Luis Bertran (The Army of San Luis Bertran), which we presume is a super bad-ass name for Spanish tomato farmers, supply the participants with over 200,000 pounds of overripe tomatoes (around 100 tons). It then becomes your obligation to find the cleanest looking people, and pelt them until you feel victorious.

The food fight lasts an hour, with a second firecracker bang signalling the end. By this point thousands of tomatoes are turned into pulp, giving the streets of Buñol the look that can only be described as the contents of an almost empty ketchup bottle.

With hunger in parts of the world, and countries in Europe still suffering from the recession, you might think that such an exorbitant waste of food is morally wrong and outrageous. But don’t let that prevent you from travelling to La Tomatina and thoroughly enjoying yourself, especially since throwing a bunch of tomatoes is the best thing you can do for the Spanish economy.

Providing 200,000 pounds of tomatoes for the 40,000 participants is like giving each person 25 tomatoes. In return for these tomatoes you’ll leave at least $130 in Spain in exchange for your hotel, a few meals, and transportation into Buñol. As you can imagine, you won’t find accommodations in a town with the population that won’t even fill your local stadium, so you’ll probably be staying in, and travelling from Valencia, 25 miles away.

Everybody wins when you travel to La Tomatina. Spain wins a bunch of tourist dollars, Buñol wins with an estimated influx of $380,000, and you win because you get to attend the world’s biggest food fight. Oh, and by the way, La Tomatina Festival is not just about tomato projectiles, it’s also a celebration of cuisine and the end of the summer, so make sure you enjoy the cook-offs, parades, dancing and fireworks. 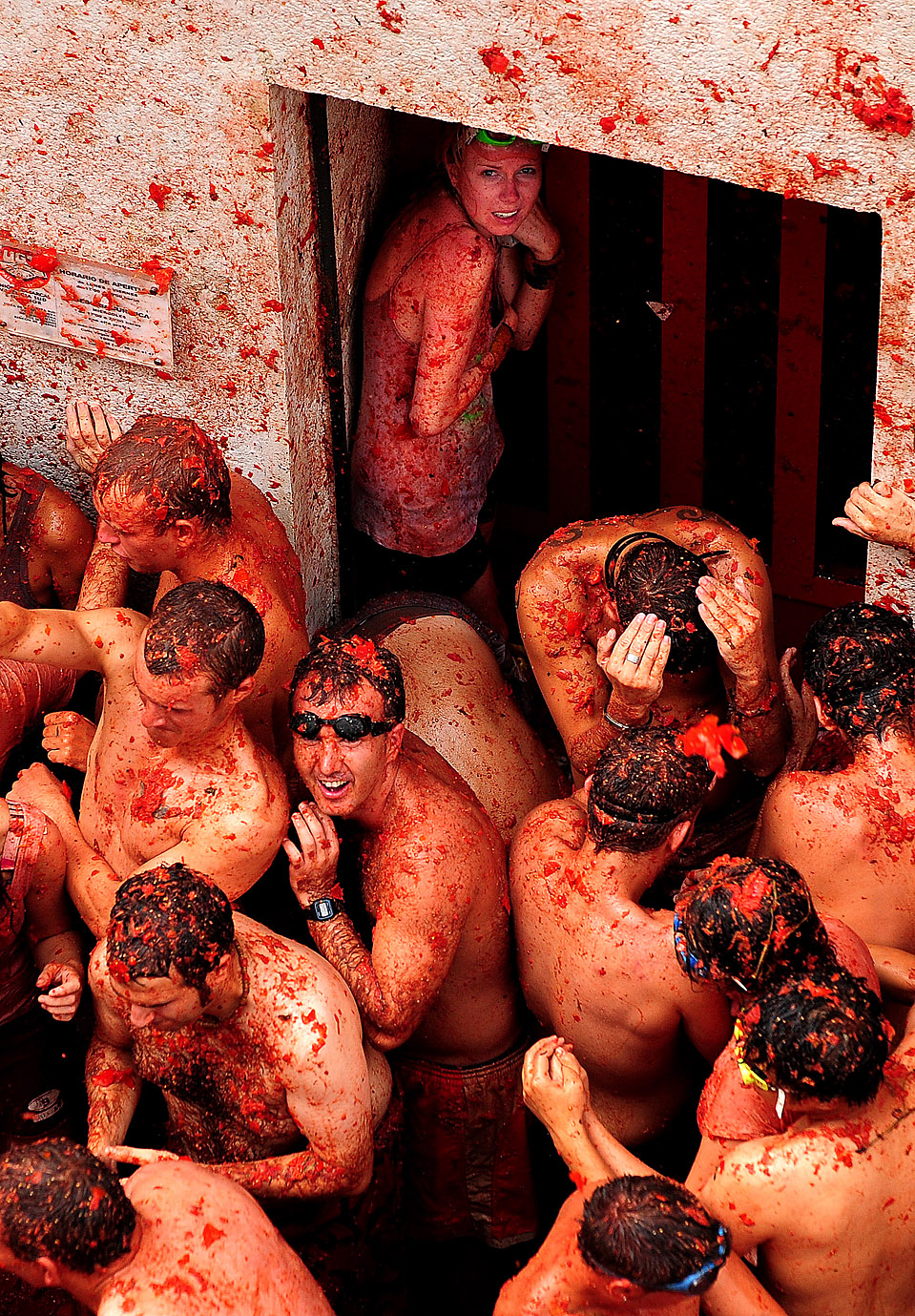 La Tomatina food fight is held on the last Wednesday of every August.

Sitting Duck – we’d like to tell you that all those times you outlasted your peers playing dodgeball will help you, but we’d be lying. Big time. There is just no way you will survive this one without looking like a used tampon.
Extra bragging points if you:

The festival is free, but you will spend some bucks on accommodation, food, and transportation.