Nearly every fisherman and fisherwoman have a favorite time to go fishing. While some prefer early morning or late evening excursions when the sky’s colors are prettiest, others prefer mid-day ventures when the waves are at their bluest. Whatever the time, there is, at the very least, one time and place that unites all people who fish: the time and place where the fish are biting.

But how exactly do people who fish find this time and place? The answer often lies in understanding how conditions, including weather and seasonal conditions, for example, surrounding bodies of water affect the activity and movements of fish populations.

In this article, we’re going to talk about how one of the most extreme weather conditions, storms, affect the activity and movements of fish populations and how people who surf fish (or fish from shore) can better understand these activities and movements in order to have better luck catch more fish when storms hit.

When fishing on a boat after a storm, finding where the fish are biting may involve learning to navigate expansive bodies of water, casting lines deeper and deeper until gold is struck. When it comes to surf fishing, however, you’re more or less stuck in one place, with less freedom to navigate and move about. As a result, the conditions of both the weather and the water play even bigger roles in determining how good the catch is.

Whether it’s a hurricane or a small rainstorm on an inland lake, the following information will give you a good idea of how to have the best luck when surfing from shore after a storm. 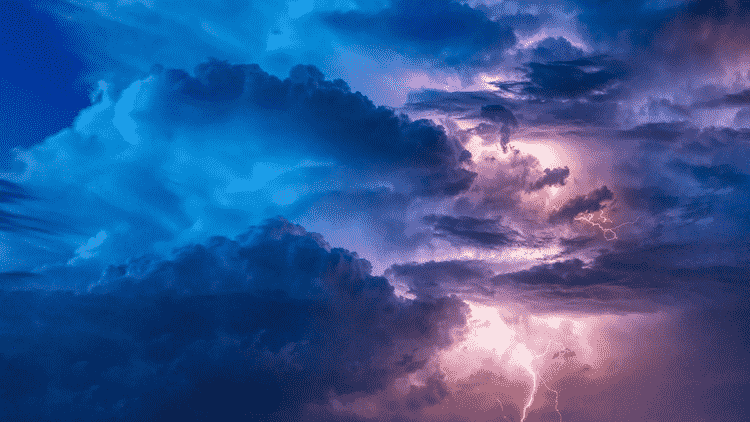 Contents hide
1 So, Is Surf Fishing Good After a Storm?
2 How do Changes in Water and Atmospheric Conditions Affect Fish Populations?
3 How Do Strong Storms Affect Fish Populations and Fishing Conditions?
4 Related Questions
4.1 Is surf fishing after a storm safe?
4.2 Should I use different equipment while surf fishing after a storm?
5 Final Thoughts

So, Is Surf Fishing Good After a Storm?

After a storm, you may just have the best surf fishing experience of your life. Or . . . you may stand at the shore for hours without a single bite. The reason that luck with fishing varies so much after a storm is because every storm is different. Although there are a similar set of conditions that lend themselves to the creation of storms, the end result of each storm can differ greatly, especially when it comes to affecting ecosystems and specific organisms.

Whether or not you’ll have good luck fishing after a storm will depend largely on the following conditions:

The one thing you can count on after a storm is a change in aquatic and atmospheric conditions. Whether or not you’ll have luck catching fish during this time will depend on your ability to read the conditions and to accordingly choose a spot on the shoreline where fish are most likely to be.

While understanding how storms affect the water can certainly increase your chances of catching fish, sometimes further search and exploration will be necessary. The more you fish though, the easier it will be to start recognizing patterns in weather and fish activity.

While conditions that are best suited for good fishing are best understood by locals and lifelong fishermen and women, anyone can certainly gain a better understanding of how to have the best luck fishing after a storm by paying close attention to the information presented in this article. To start, let’s go into more detail about how each of the factors mentioned above affects the activity of fish.

How do Changes in Water and Atmospheric Conditions Affect Fish Populations?

The introduction of new water, either from rain or as a result of a storm bringing fresher water to new places, will certainly affect the location and activity of fish populations, for better or worse. On one hand, storms may result in surface water that is fresher and higher in oxygen, bringing more fish to the surface. If new pools or flooded areas near the shore are created by rain or water movements, fish may also move here.

Consequently, these will be good areas at which to fish, as long as they’re not too murky. They may even turn into longer-term habitats for fish populations. As a result, you might just end up with a new favorite long-term fishing spot as the result of a storm.

Changes in atmospheric conditions also affect the location and activity of fish populations. Depending on which way and the degree to which the atmospheric pressure fluctuates, fish may be driven deeper into the water, or they may be drawn to the surface.

If there’s a drop in pressure, materials and small creatures like zooplankton or phytoplankton previously held at the bottom may rise to the top, drawing in larger fish as well. Rises in atmospheric pressure may also produce good fishing conditions in similar ways depending on the conditions.

Additionally, paying attention to cloud cover may give you a good idea of if fishing conditions will be good. Often, after storms, overcast weather can entice fish to come to the surface.

Depending on what kind of fish you’re after, getting your best catch may depend on how long you wait before fishing after a storm. If you’re after relatively smaller fish like bass or pike, for example, you may have luck fishing sooner rather than later after a storm. For bigger predators, on the other hand, you may have to wait a bit longer so that the whole food chain has a chance to move in.

No matter what kind of fish you’re looking for, you can always start by looking for the presence of smaller organisms like phytoplankton, zooplankton, or clams. In the case that you are looking for larger predator fish, but find no signs of them yet, don’t be afraid to wait it out. As a general rule, if smaller stuff is there, it will most likely be followed by larger stuff. 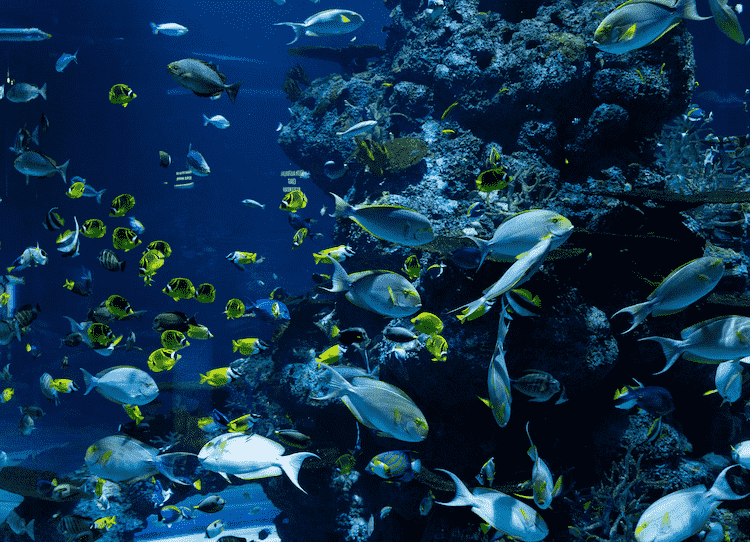 How Do Strong Storms Affect Fish Populations and Fishing Conditions?

The stronger the storm, the larger the changes in fish location and activity will be. Hurricanes, for example, will affect fishing conditions far more than small or medium-sized storms. From oxygen composition to changes in the atmosphere, bodies of water can change dramatically following more intense weather events.

Hurricanes and very strong storms often pose danger to fish populations. Following storms, it is not uncommon to see dead fish floating in the water. Sometimes, this is because the water gets too rough and choppy for fish that are near the surface when storms hit. Other times it’s because the fish have been damaged by debris that came loose during the storm. Bigger fish, however, are generally more immune to this kind of damage because of their greater strength to swim to deeper waters during storms.

With stronger storms in general, it becomes harder to predict what will happen with fish populations. Overall, there is more potential for destruction. However, if you’re at the right place at the right time, you could end up in the midst of a great fish migration that you would be lucky to take advantage of.

Is surf fishing after a storm safe?

It depends. You should pay extra attention to safety when surf fishing after a storm. It can be safe, but you should pay close attention to weather conditions and always fish with another person. Especially after intense storms, strong winds and currents are common, both of which increase the risk of injury and being dragged out at sea. If you’re fishing in the ocean, you should also be aware that there could be predators in places where they may have been uncommon before.

Should I use different equipment while surf fishing after a storm?

Depending on the conditions, you could benefit from using different surf fishing equipment after a storm. If the winds are strong, you should think about using equipment that will be heavy enough to not fly away but also will not pose a danger to you if the winds get too strong and you lose control of your rod.

Additionally, if waters are murky, but you have some other indication that fish are present, you can think about using shinier lures to catch the attention of fish in the hard-to-see-through water.

Are “good fishing conditions” affected more by storms in small bodies of water or the ocean?
Ocean storms are likely to produce larger-scale changes in ecosystems and aquatic food chains. Thus, how “good” the fishing conditions are (as affected by storms) could potentially change much more on the ocean.

Following a storm, conditions can often be unpredictable. However, the one thing you can expect is for fish populations to change in location and activity. Whether or not these changes help or hurt your chances of catching fish will depend on how familiar you are with the conditions that affect fish populations.

The best way to get better at reading conditions is to get out there and experience it for yourself. The more you fish, the more you’ll be able to understand what affects their movements and see patterns in how they’re affected by their environment. With enough practice, you’ll be able to use storms to your advantage when fishing, just like a local or long-time fisherman or woman.